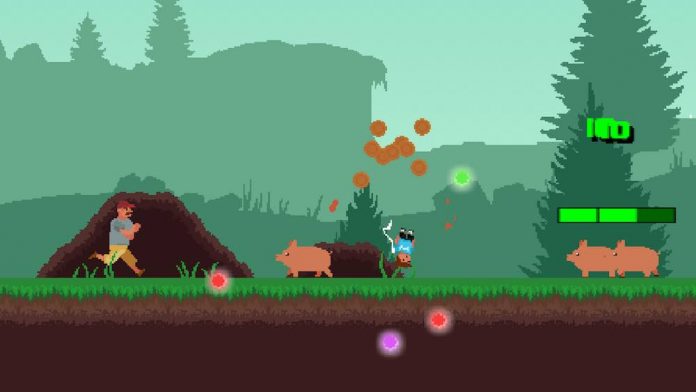 Forget for a moment that this world of ours is a boring one, where you’re born, grow older and eventually have children and if or when you do, you must responsibly care for and protect them until they potentially become Dads themselves. Now let’s enter the world of Dad Quest, where once your child is born, you need not care for them yourself, as they are protected instead by their own inherent innocence and as such, can be used as fairly sturdy bats, battering rams or boomerangs until such a time as they then become a Dad and repeat the cycle. Sounds far more interesting, right?!

Well, the guys over at Sundae Month certainly thought so, which is why we have been blessed with the existence of Dad Quest. Dad Quest is primarily an action tile, with a very large, very enjoyable dollop of surreal humour thrown in for good measure. The difference with the humour in this game is that it works; Dad Quest is genuinely funny.

You’ll assume the role of a Dad, who can come in all shapes, sizes and even genders, who must complete the titular Dad Quest to the legendary Dad Island. Every Dad must attempt this quest and each time one should perish, their off-spring will grow up and have their own child; only then can they begin to continue your work and hope to complete the Dadventure.

As a Dad, you carry your child with you wherever you go and as such, you also use it to smash crates, open doors or fight enemies. You’re able to either whack things with your child, or you can fire your child off like a boomerang to hit more distant enemies. Both of these are great fun and it just adds to your amusement if you do something more outrageous, like drop your child down a ladder or accidentally throw him into a pond. Of course, neither GameSpew nor Dad Quest condone these actions in real life, but if you need to be told that, you probably shouldn’t have kids… Anyway, the absurdity of what’s unfolding on-screen is undeniably amusing.


As you and your child embark on the Dad Quest, you’ll travel through a smattering of different environments, including the Desert, a Mountain region and a Forest with “procedurally varied”, if not quite procedurally generated, areas between them and each of these levels and adjoining areas will have their own challenges and enemies to face. Enemies will vary by region, too, and are set to include hedgehogs and pigeons among other, more exotic, themed creatures, with each world ending with a fight against the resident “Bad Dad”. 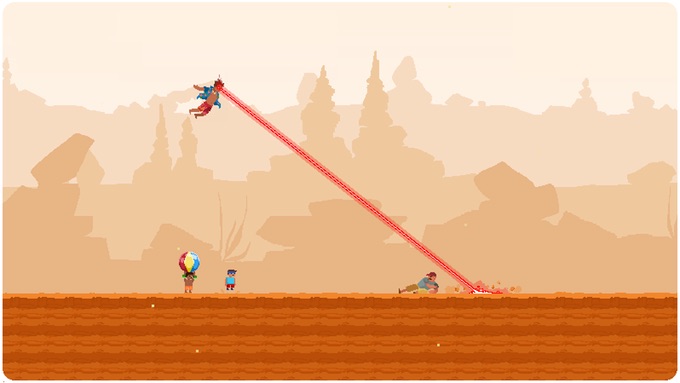 The game is an action/adventure side-scroller at heart with a little puzzle solving and some RPG elements thrown in, too. It sounds like quite a busy mix, but judging by the early gameplay available at this time, it’s a mix that works, with each of its different ingredients making a big difference to the finished product.

There’s a heavy focus on this remaining a single-player experience, despite the potential for multi-player. Speaking with one of the game’s owners/creators, Ryan Huggins, we were told that “Multiplayer gaming seems to be covered more and more these days, so it’s almost as though we are catering to a niche market by appealing to single players.” He continued by saying “Dad Quest will be an amusing game with plenty of entertaining dialogue for those who wish to read it. I think the experience will still be hugely enjoyable for those who don’t, but it’s really up to the player.” As we observed people playing while we talked, we could see that those who skipped the story or dialogue seemed to enjoy the gameplay, but those who took the time to read what was happening did tend to get more enjoyment from it, me included.

“…your ‘Sweaty Dad Hands’ can [also] be used for pushing buttons, pulling levers and all manner of other things”

So back to some of those genres mentioned earlier, the RPG elements of this game would include the inventory which contains not only your child, but also your “Sweaty Dad Hands” which can be used for pushing buttons, pulling levers and all manner of other things. We only used the inventory for storing access key-cards but of course there was plenty of space for extra items to be unlocked or discovered throughout the game. RPG elements will also allow you to upgrade your child using a skill-tree, so while you can’t carry or switch between multiple children, you may be able to re-skill and power-up your child as you play.

There will also be items like toys and family heirlooms for the children or the dads to carry, up to two at a time. Whether it’s an old cassette, GameBoy or piggy-bank for the child or an abacus, trophy or glass-eye for the dad, each one will improve certain attributes or change some of the game mechanics. 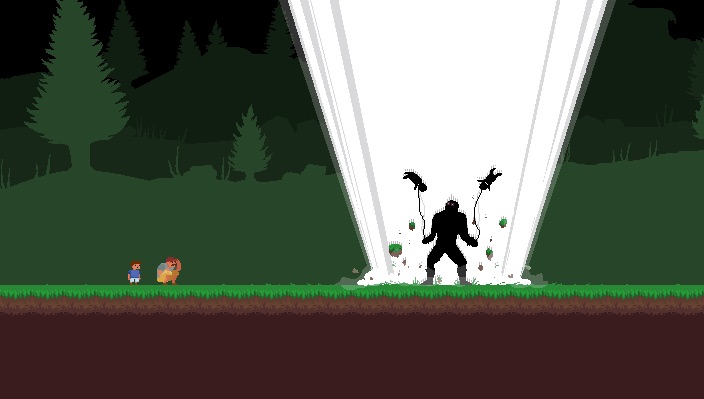 The game’s developers have plenty of experience in delivering well-received titles like Saboatage and Petrichor, which are available to play for free, along with a few others, on Sundae Month’s website and their publisher, Excalibur, has plenty of experience, too (most of it being those Simulator titles you see and probably wonder who buys) so I’ve no doubt that Dad Quest will only improve as we approach it’s March 2017 launch date. If you can’t wait until then (I know I can’t) there’s a Steam Early Access version coming before Christmas ’16. It’s also worth knowing that while their sights are set on PC and Mac (via Steam) and possibly Linux, they’re also hoping to get it ported to PS4, Xbox One and PS Vita one day, too.