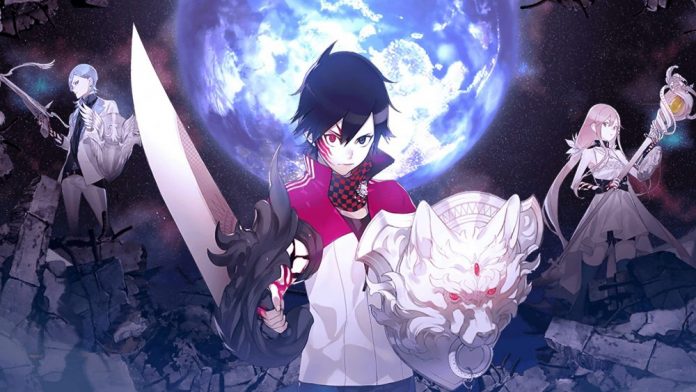 Bandai Namco, the game publishers that helped to bring us the likes of Tekken, Dark Souls, Pac-Man and The Witcher 3, return now in collaboration with Experience Inc. to create a unique Japanese dungeon crawler RPG called Ray Gigant.

The premise for Ray Gigant, told to the player through a series of narrated stills, is that a race of giant dragon-esque aliens – or the “Gigant” –  have invaded, wiping out major cities and leaving the fate of the world in the hands of those special enough to wield a mysterious power known as Yorigami.

The story is split into three sections – each focusing on a different protagonist. We start out as Ichiya Amakaze, a young boy who was rescued from a pile of rubble and doesn’t remember much about his past. Intially, Ichiya seems like the perfect anime protagonist trope; young, good-looking, overly powerful, naive, brash, and a bit of a flirt, but as the story goes on it becomes apparent that Ichiya’s character never seems to develop. Even as he learns of his family, witnessing deaths, fighting monsters, Ichiya appears to be emotionally immune to it all, never learning any life lessons or building his character.

That was my first issue.

My second, and the most stand-out feature of the game, is the dialogue. What is advertised as a dungeon crawler JRPG with visual novel elements, is actually a visual novel with dungeon crawling elements. The distinction is important here because the lack of actual gameplay startled me for a while. 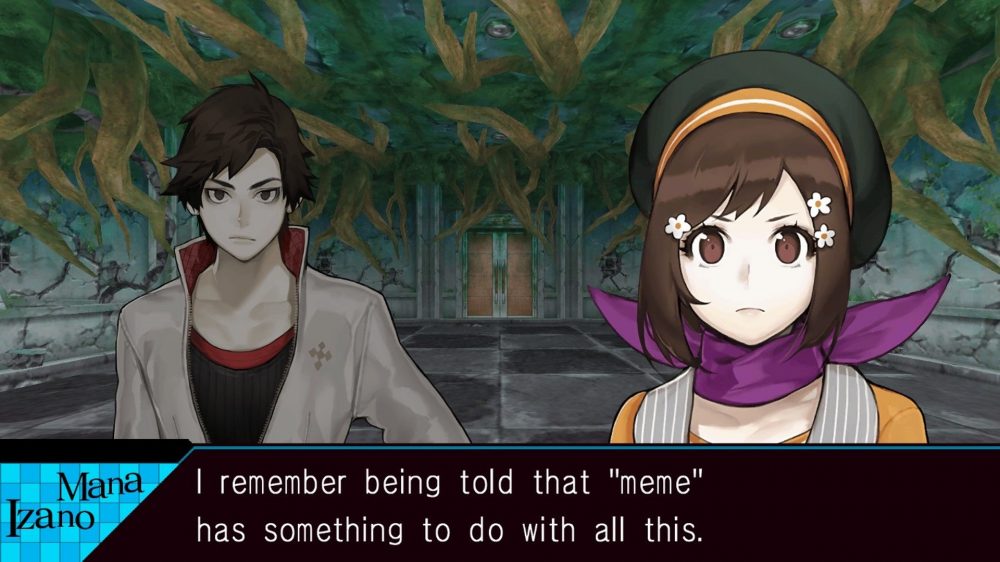 I think the dialogue from the vast array of characters at the training school Ichiya is sent to is supposed to set the tone, tell us the story, and explain the situation. However, the dialogue is incredibly clunky, messy, and downright dull most of the time. I found many of the scenes to be completely irrelevant to the story when all I want to do was actually play something.

About 90% of the dialogue is, well, pointless. It adds nothing to the story and, quite frankly, went on for so long I had to take a break and come back. In addition, because each scene is a still and not a cinematic, it makes the whole thing less immersive; constantly mashing the “next” button can get tiresome very quickly.

In the whole first chapter, I got to use the fighting mechanism once, in a tutorial “battle” in which the gigant ran away. I spent all of the four minutes of fighting trying to get a grip of how the turn-based combat worked and even then didn’t quite get it. You are given three options to choose from; you can either wait, run, or fight. However, you can only make a certain amount of moves each go as the battle mechanics also feature an action point system (AP) that’s shared between you and your three member party. This means you need to decide who will attack, heal or wait to recover more AP.

I have to say, the gigants themselves are pretty impressive, and the turn-based combat is very intriguing, but the definitive lack of fighting/blocking/movement animations again gave a less immersive fighting experience.

On the other hand, a new, more interesting feature is an all-out attack mode that can be only activated by one of the three main protagonists. This mode is called Slash Beat Mode; a rhythm game that will determine how many attacks you do, the better you do the more damage you dish out. I actually enjoyed this a lot more than the normal fighting system, as it added more gameplay and made the fighting seem that little bit more dramatic.

I also have to give credit where credit is due and that lies mainly in the consistently stunning visuals, the beautiful graphics, and the interesting variety of music – from 80’s electro synth, to classic Japanese pan-flute, to a dramatic CSI-eque tune mixed with some gospel singers. The game as a whole is simply delightful to look at, and if it was an anime it would be brilliant. 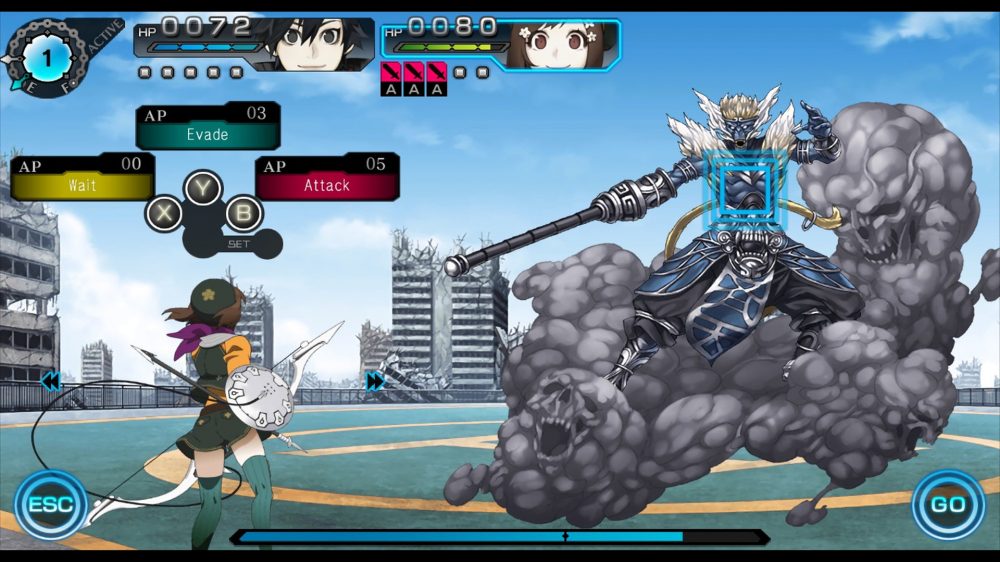 However, the game relies incredibly heavily on narrative and story, but that’s the thing that falls apart most. The story is unfortunately average at best. Full of cheesy lines and riddled with shounen clichés, it is the least interesting element of the whole game. The dungeon crawling, though much more interesting than the story line, still has flaws. Although some sections are exciting to play through, mostly it felt like the fighting was merely an afterthought so that the game wouldn’t just be labelled as a visual novel.

Ray Gigant seems like a work in progress; it needs definition. The biggest thing I took away from it is that it can’t decide what sort of game it wants to be. Even though the aesthetics are gorgeous and the innovative battle system is exciting, it seems like the game was created as a visual novel first and foremost, meaning the ingredients don’t quite mix together properly. It is a highly unusual game, and one I found to be an interesting experience, but it is also very easy to play and enjoy, provided you are willing to fully immerse yourself in the story and settle for more dialogue with less play time.

Ray Gigant is available on PC and PS Vita. We reviewed the PC version.