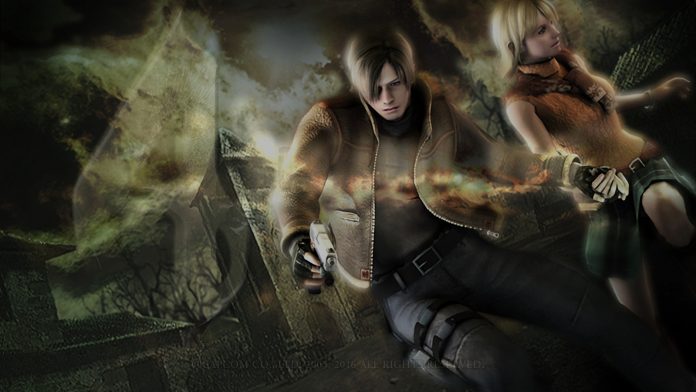 Ever since its original GameCube release in 2005, Resident Evil 4 has both disappointed me and filled me with joy.

In fact, the ambivalence I feel towards it is what made me pick up the title once again for review. Having last played the game on the Wii with its rather fantastic motion controls that allayed some of my issues with the GameCube original, would my thoughts about it on the Xbox One in 2016 be more favourable than they initially were, or would it still fill me with anger and tense excitement in equal amounts? I guess I really should have known the answer, as being a straight up lazy port this is Resident Evil 4 just as it always has been; for better or worse.

So let’s get it out of the way; just what didn’t I like about Resident Evil 4 all those years ago? Well, where do I start? The controls were rather atrocious for one, making manoeuvring the returning protagonist Leon S Kennedy an absolute pain in the ass. Actually, let me rephrase that; it wasn’t the controls per se that were atrocious – their tank-like nature worked just fine for the slower paced Resident Evil titles that came before it – it was their use in conjunction with an over-the-shoulder third-person camera that seems to think you’d rather be looking at Leon’s back than anything else that may be happening. You know, like an axe that’s flying through the sky aimed directly at your head. Or a woman that’s about to penetrate you with a pitchfork from the left hand side.

That’s Resident Evil 4’s biggest problem in my book though – it’s an action game through and through – and whilst that’s not so much of a bad thing, the old fashioned Resident Evil controls just don’t sit well with it. Eventually you learn to adjust to your limited movement and Resident Evil 4 becomes somewhat special (more on that later), but you’re still left with a ridiculous plot overflowing with cringeworthy dialogue, some perplexing action hero-like contextual commands and over-the-top QTEs that fly in the face of Leon’s otherwise restricted agility. Of course you can jump out of a second floor window and land without so much as scratch on Leon. Wait… what? Dodge out of the way of some dynamite that’s landed right at your feet? Nah, you can’t possibly do that. Just what type of game do you think this is? 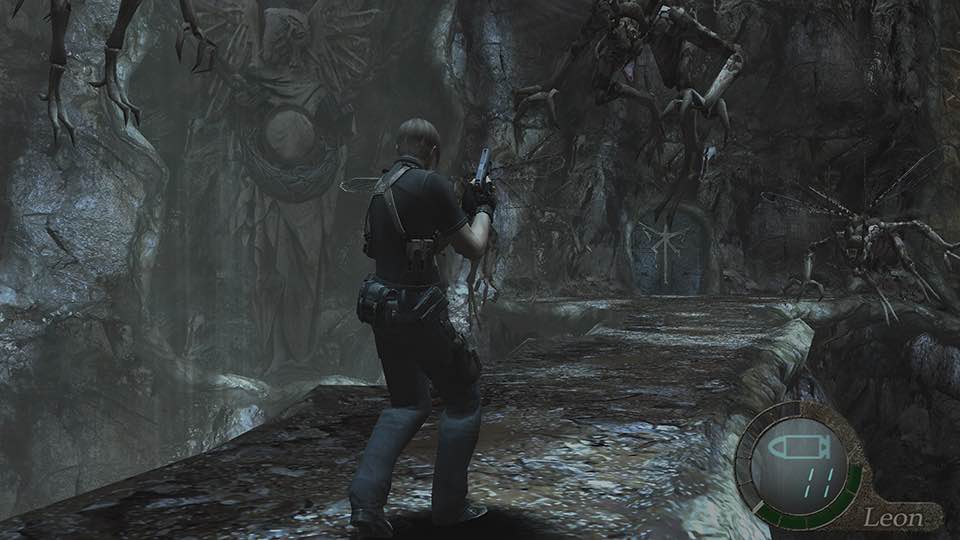 Despite my grumblings though, I actually think Resident Evil 4 is a good game. Perhaps maybe even a great one. You see, there are two areas where it truly excels and that’s enough to keep the gameplay both rewarding and engrossing: sublime pacing and exceptional set-pieces. The action is expertly metered against moments of exploration and light puzzling, creating the right balance of highs and lows that promotes extended bouts of gameplay. And you never go long without finding yourself in an exceptionally devised situation that thrills you to the very core. It admittedly flags a little in the final third, but even then, Resident Evil 4 glues you to the edge of your seat, egging you on to see just what it has in store for next. Even after all these years, you could say that it has been unrivalled in this regard.

Maybe the greatest thing that Resident Evil 4 managed to pull off though is making babysitting a computer controlled partner not quite so rage-inducing as it most usually is. It’s true that there’s still the odd time where Ashley, the daughter of the President of the USA whom you’ve gone into rescue singlehandedly, can infuriate by moving in the way of your shots or just generally acting a bit of a fool, but on the whole she rarely feels like a burden. It’s a shame that Resident Evil 5 and 6 couldn’t quite achieve the same when played in single player.

So, to summarise Resident Evil 4 on the Xbox One: the controls are as awkward as ever, the camera is still pretty dire, and the graphics are a marginal improvement over the previous generations’ port job. But, it doesn’t matter. This is Resident Evil 4 on yet another format which means those who love it can love it once again and those who have never sampled it before can now do so on their fancy new console. Yeah, it’s disappointing that it hasn’t been given any special love or bells and whistles to make this re-release more of an interesting proposition to series fans, but at least the gameplay still shines and it runs without any performance issues. They’re the most important things, right?

The re-release of Resident Evil 4 is available on PS4 and Xbox One. We reviewed the Xbox One version.