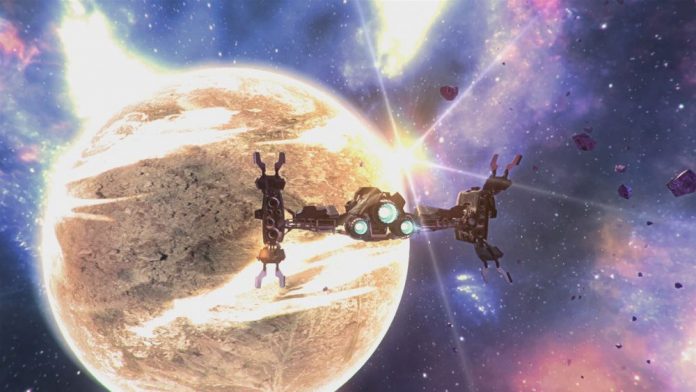 While the Xbox 360 became known for being a great shoot ‘em up machine, especially in Japan where it was pretty much the only reason people bought one, the Xbox One is particularly lacking in this genre so far (which explains the complete lack of interest in Japan too!). So seeing Solar Shifter EX arrive on the console is particularly welcome news – well, it is if Headup Games’ title lives up to the initial promise it offers.

While I have never been particularly good at vertically scrolling shoot ‘em ups, I have always really enjoyed them – at least the ones that stick to the traditional style however of titles like Raiden, Truxton and the Aleste series. I’ve never particular liked the more recent fashion of balls-to-the-wall bullet hell style. So within seconds of playing Solar Shifter EX I knew I was bang out of luck as the achievement “Welcome to bullet hell!” flashed up on my screen. Oh bum, this’ll be fun then!

What I’ve always disliked about bullet hell shooters is that that they are all about memorising the attack patterns and dying over and over again until you learn them. There doesn’t seem to be any skill to them at all and because of this I find them to be mostly devoid of any fun too. But I was still willing to give Solar Shifter EX a chance, especially as it boasts a unique “shifting” feature that allows you warp in and out of the action to avoid the more hairy scenarios. A button press will simply jump you out of your precarious spot in an instant and teleport you to one of three pre-defined positions at the bottom of the screen. The respite offered however is very brief; the enemy attack will soon re-focus their efforts to your new position, making it nothing more than an exercise in futility and an ultimately pointless feature that will quickly be forgotten. 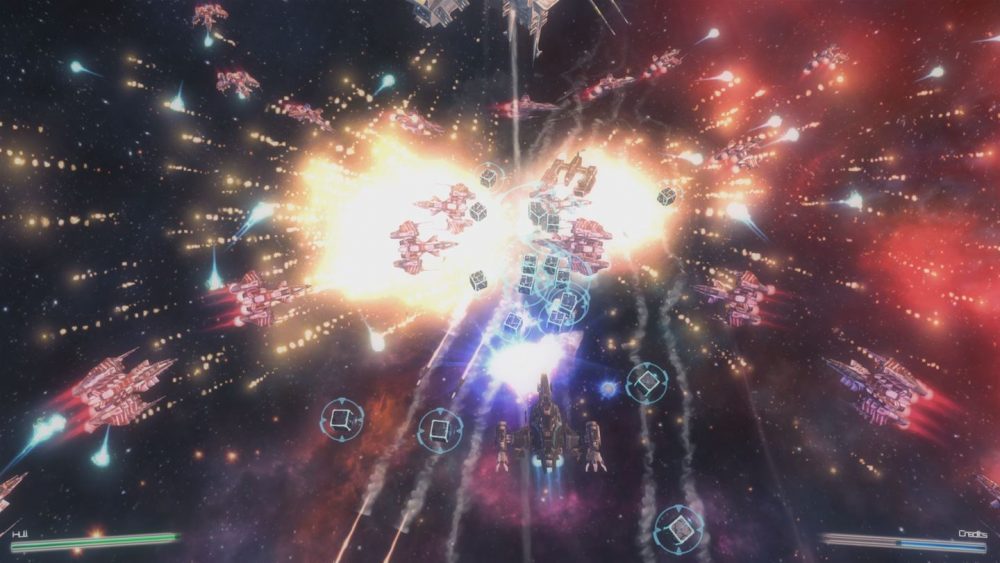 When you do manage to take out some enemy ships you are given resources to collect. These are what you use to obtain power-ups and new weapons, trading them in after each level. You would think that this would help you gain the upper hand against the relentless attacks, but in actual fact all it ever does is help you keep up the pace. As with every upgrade you achieve, the ferocity and volume of the enemy just increases, meaning you are pretty much always facing a losing battle until you memorise exactly what part of the screen to move to next.

But this is where we encounter another problem with this game: the way you shoot at the enemy. Most of the positions you attack from seem to take on a diagonal perspective, meaning you are almost never shooting in a straight line. This makes it even more difficult to not only line up your own shots but also avoid the enemy ones. The 3D depth added by the graphics doesn’t help a great deal either. Some of the larger enemies (not just the bosses!) take an inordinate amount of hits to destroy, even with the more powerful weapons. In near enough every aspect Solar Shifter EX is an incredibly frustrating experience.

It isn’t all bad though, as much as it probably sounds it. Firstly, when you do actually manage to repel an entire enemy attack force you do feel an enormous sense of satisfaction; in fact you almost feel like a god! I should also add that Solar Shifter EX looks very nice in the visual department; there are certainly no complaints there. I was also impressed by the level of content for the price (it’s currently under a tenner in the Xbox Store). With 18 missions set across eight different environments and four different types of ship there is certainly a lot to work your way through if you do possess the patience to do it. Sadly I don’t, and I have a feeling that most of the people out there reading this review won’t either. As slick as Solar Shifter is when it comes to its style it just can’t be recommended when it comes to the gameplay. It’s a shame as the Xbox One could really do with some solid shoot ’em ups to help fill up the online store.

Solar Shifter EX is available on PC and Xbox One. We reviewed the Xbox One version.