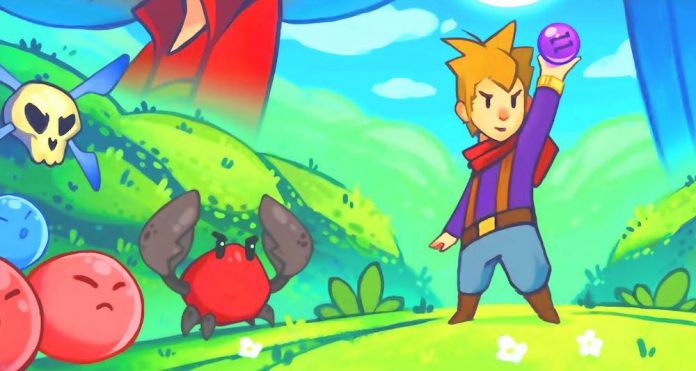 I was instantly drawn to GuGames Development’s Stories of Bethem: Full Moon for one very simple reason: its art style was entirely reminiscent of The Legend of Zelda: A Link to the Past, arguably the best Zelda game there is and the one game that defined my childhood gaming habits.

I hasted to reminisce on my favourite game of old, so I was eager to jump into what Stories of Bethem had in store. Though visually derivative, this is certainly a game in its own rights worthy of any discerning 2D adventure-RPG player’s time.

Playing as Khoma, a young man with a sick father, you set out on a journey across the kingdom of Bethem to find a cure for your dad. Encountering the Red Witch, she tells you of the “Oneiric Objects” – the items you require in order to bring your dad back to health. Of course, it’s never quite as simple as it sounds; each of the objects that Khoma requires are hidden in dangerous dungeons. He’s got quite a long – and clichéd – journey ahead of him.

The story and narrative is perhaps the weakest aspect of Stories of Bethem. It’s entirely unimaginative and delivered through very badly scripted – and often laughable – text-based dialogue. Its only purpose is to move the plot along and give Khoma an impetus for his travels, and for that reason it’s merely passable.

Still, it doesn’t ruin the fun of the game too much. Stories of Bethem: Full Moon is all about exploring, discovering and puzzle-solving, and it offers those things in abundance. Despite its twee and childlike graphical style, Stories of Bethem doesn’t hold your hand or give you much guidance on where to go next. A basic map points you in the general direction of your next main goal, but expect to do a lot of wandering around before your path becomes clear. Backtracking and revisiting trodden ground is all part of the fun as you’ll gain new skills and unlock new pathways as you progress, but without a detailed map it’s often difficult to measure exactly where you have already been. Be prepared for a bit of frustration to set in at times whilst you figure out what you’re meant to be doing – thankfully there are some YouTube walkthroughs you can make use of in dire situations. I’m not ashamed to admit I had to resort to a Google search once or twice. 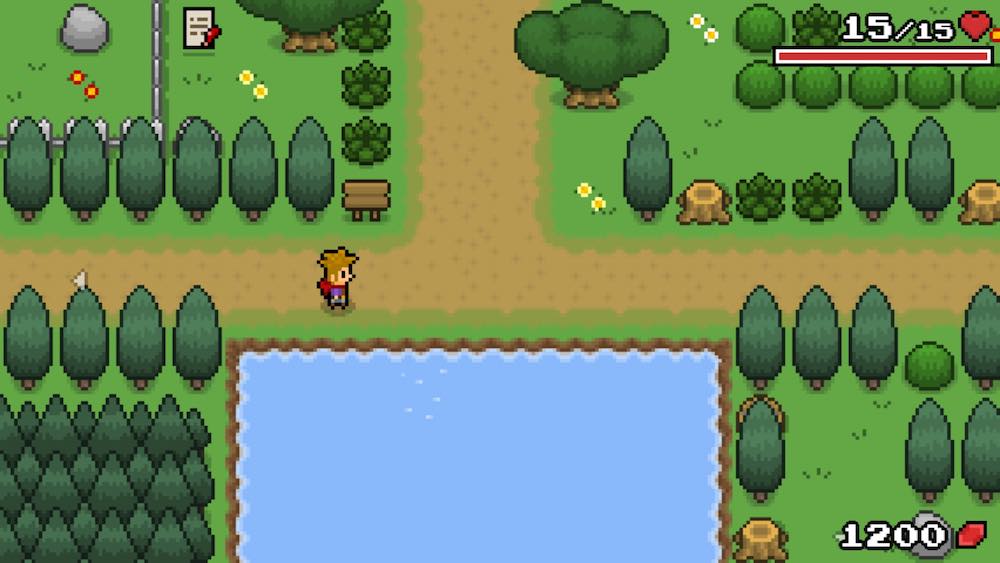 As I’ve already mentioned, Stories of Bethem: Full Moon looks instantly familiar to anybody who grew up with A Link to the Past. The quaint and colourful 2D style fits the tone of the game well and clearly wears its inspiration on its sleeve as a faithful homage. Much like its Nintendo-based inspiration, each area of Bethem has its own distinct style; from the luscious green tones of the forest to the brown and stark lands of the desert, each area is well designed with its own soundtrack to fit. The music is largely enjoyable; there are some excellently composed tracks with gorgeous piano and string instrumentals, but some melodies can get repetitive as you trek through the same zones again and again.

Unusual for a game of its type, Stories of Bethem offers its hero, Khoma, no melee attack. Magic is your only weapon, and for the first few hours you’ll only have a basic spell at your disposal. Wielding a sword and shield would perhaps make killing enemies more visceral and enjoyable, but the solely magic-based combat at least gives the game its own foible. The trouble is that some enemies require just too many hits; your early magic being too weak to successfully defend yourself. You also have a finite number of hits as every spell cast uses up some MP. Thankfully, magic potions and refills are in abundance, and your MP meter will slowly regenerate, but you’ll often be running at the bottom of your meter, having to wait a few seconds for it to refill enough to fire another attack.

Of course, having a magic-only based attack system means that you have no real defence, not even a dodge button. The hero’s shield that’s synonymous with RPGs of this type is entirely foregone, and your only defence against enemies is to avoid them altogether. Sometimes it proves to be the best method; attacking can be time-consuming, and can waste precious MP. Since you also need to use your magic to dispel of bushes and barrels that block your path, it’s constantly in use. Leaving one screen to the next will mean that all the enemies will respawn as soon as you return, so the little reward of a few coins or perhaps a potion ingredient often isn’t worth the battle.

Inside dungeons, however, it’s a different story. Destroying enemies is often the key to pass into the next room and so you’ll need your wits about you. The dungeons are perhaps the strongest part of the game. Excellently designed with a healthy balance of puzzle and battle, they’re taxing without ever being too difficult. Some puzzle types often repeat themselves – i.e. pushing blocks into holes; moving a balloon around a maze – but they’re constantly engaging and rewarding to complete. Typically, each dungeon ends with a boss fight. These are fairly standard and offer nothing too challenging, requiring the usual pattern of dodging and attacking. 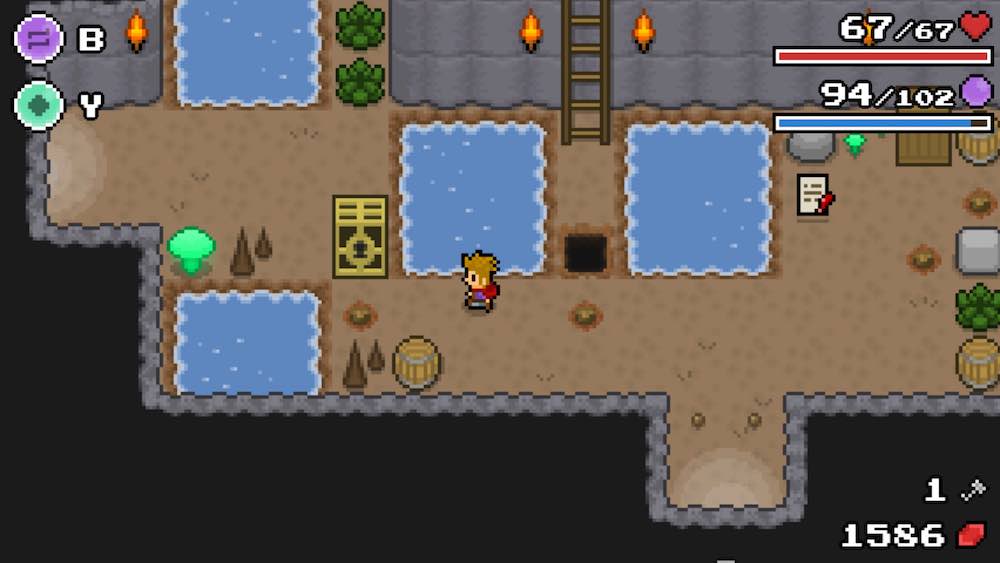 Stories of Bethem: Full Moon packs a lot into a small, retro-inspired package. For fans of Zelda and other games of its type, it’s a must play. It may not be the most inspired or groundbreaking RPG ever created, but it manages to pack in tight gameplay, head-scratching puzzles and engaging locations to explore. The lack of melee combat will probably be missed by most, as magic can be awkward, but it at least sets Stories of Bethem apart, love it or hate it. It’s not perfect, it may be frustrating at times, but Stories of Bethem manages to capture the essence of games of the 90s: when having fun was the only thing that mattered.

Stories of Bethem: Full Moon is available on PC and Xbox One. This review is based on the Xbox One version.