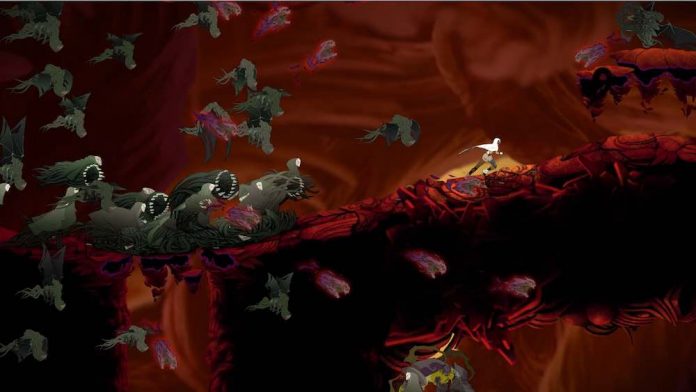 Hot off the heels of porting their first game, Jotun, to consoles, Thunder Lotus Games announced their new project: Sundered.

Like Jotun, Sundered boasts hand drawn visuals, but unlike Jotun’s Norse themes, this will be heavily based on Lovecraft. The protagonist’s name is Eshe and it will be a Metroidvania-style action platformer.

Not much else is known, but the company did release a trailer along with this announcement. Thunder Lotus Games estimates Sundered to launch sometime in 2017 for PC and PS4.