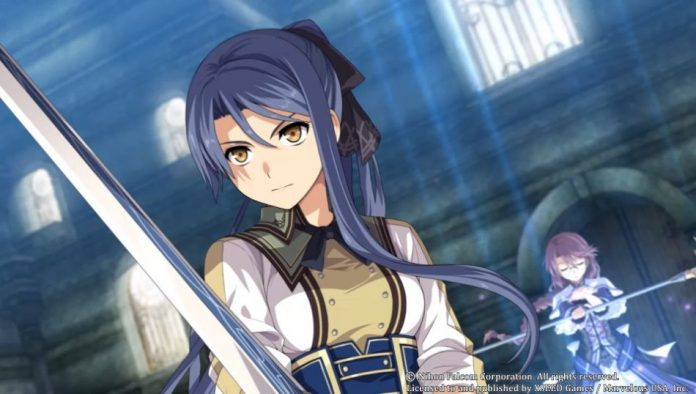 I was eager to discover what would happen next with Rean and the rest of Class VII after the first game’s ruthless cliffhanger ending. As a direct sequel, Trails of Cold Steel II takes place directly after the events of the first game and throws players right back into the action. To my delight, what I got was exactly what I wanted.

First thing’s first: it is absolutely impossible to review The Legend of Heroes: Trails of Cold Steel II without discussing some of the events of the original Trails of Cold Steel. I have tried to avoid spoiling as much as possible, but if you have not yet finished the first game, you should absolutely do so before reading this review. You can also check out Rich’s review of the original game.

Rean wakes up on a snowy mountainous landscape, joined only by a familiar feline named Celine and his Divine Knight, Valimar. Once he pieces his memories back together with help from Celine, he discovers that he has been unconscious for a month. Weakened from his slumber, Rean descends the mountain in hope of regaining his strength and reuniting himself with the rest of Class VII.

Rean’s problems, however, extend far beyond reuniting with his classmates. Sporting a noticeably darker tone this time around, the stakes are much higher. Erebonia has erupted into an all-out civil war between the Noble Alliance and the Imperial Army. To avoid spoilers, I won’t elaborate further on the premise, but watching the conflict unfold in the once-lighthearted Erebonia is very satisfying. It was certainly rewarding to see the plot significantly impact the dynamic of the world that the original game took place in – a world I grew to appreciate while investing dozens of hours. I will admit, however, that Trails of Cold Steel II is unafraid to introduce new characters into the mix to the point where it may become overwhelming to keep everybody’s connections clear. That being said, most new characters are well-developed enough to be quite memorable, and that certainly helps with simplifying things as the game progresses. 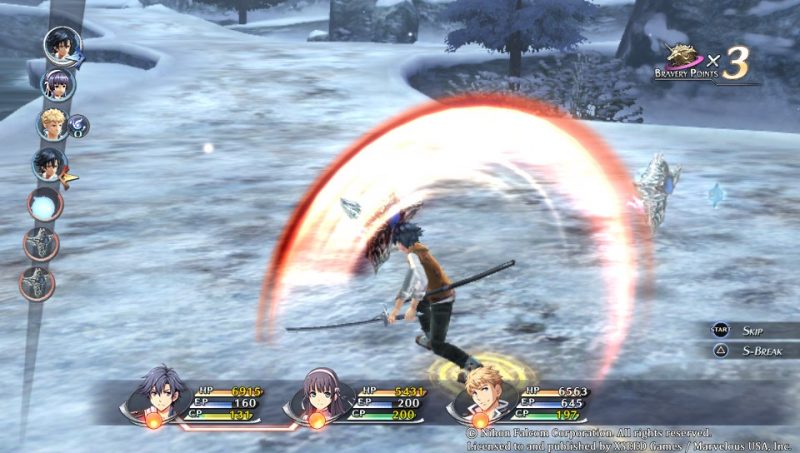 Along with new characters, those who played the original game will undoubtedly find a lot of familiarity. Expect to visit the same locales and speak with many of the same characters. For the sake of continuity with the story, this makes sense, though players who hoped to traverse all new areas will probably be disappointed. That being said, it’s a matter of preference; whether or not you rule this retreading as nostalgia is completely up to you. Personally, I found it to be an enjoyable return to familiar settings when complemented by the new plot context and, once again, the wonderful writing that backs it up. The original cast is back and likeable as ever, though the overwhelming amount of character development that took place in the first game is sure to leave players wanting more this time around. In a war-torn Erebonia, however, characters are instead tasked with staying ever-vigilant and holding true to their already-developed beliefs.

Combat is largely the same as in the original Trails of Cold Steel, but the introduction of several new mechanics leave it more enjoyable than ever before. Battles are still excellently designed turn-based affairs, with each character still free to utilise a combination of basic attacks, crafts and arts – skills and magic, respectively. Class VII’s use of ARCUS devices still allows for combat links between two characters, but a new Overdrive ability allows for greater utilisation of these links. Once a meter is filled, activating Overdrive allows the linked characters to act a total of three times without interruption, among other benefits. All characters are initially capable of unleashing Overdrive with Rean, but unlocking many of the other Overdrive combinations is done by overcoming Trial Battles – battles using two specific characters, triggered by opening special blue chests that are scattered around Erebonia.

In the first game, slots for equipping orbments had to be unlocked by spending sepith, a special currency. Trails of Cold Steel II tries to further plot continuity by unlocking all orbment slots from the beginning of the game. In its place, Falcom implemented a new upgrade system: rather than unlocking slots, spending sepith now upgrades slots to allow characters to equip rarer (and, by definition, stronger) orbments. It’s a system that forces the player to be much more thoughtful about how they upgrade each player’s orbment slots; often I found myself stockpiling sepith until I found an exceptionally useful orbment that I wanted to equip. This upgrade system certainly feels more restrictive than its counterpart from the previous game, but it feels all the more rewarding when used effectively.

The most significant addition to battles is actually a new type of battles: Divine Knight battles. With Rean piloting Valimar, the Ashen Knight, he takes part in special battles that place him against other giant mechanized battle suits. Combat here relies heavily on targeting the enemy’s specific body parts to stagger them and launch devastating follow-up attacks. While battling in this manner could potentially feel stale after a while, Falcom does well to reserve these battles for special moments. As such, Divine Knight battles remain a charming way to change things up. 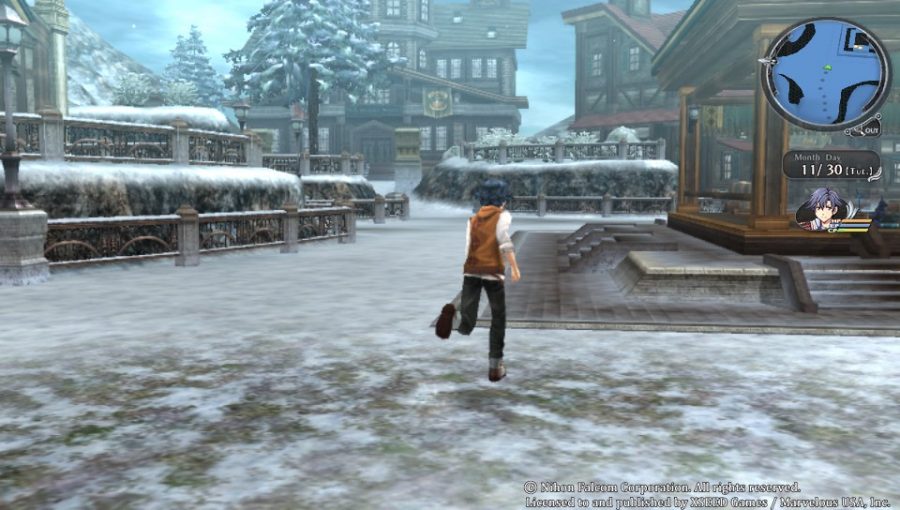 Positives aside, Trails of Cold Steel II does have some issues – most notably with its frame rate. I cannot speak for the PlayStation 3 version, but the Vita version experiences some pretty rough stuttering in both cutscenes and free roaming in larger areas. I never found this to be a serious problem, as the frame rate typically corrects itself after a few seconds, but this will inevitably bother some people. Critiques of the original game’s brutally slow pacing could be argued in the same fashion here, but I found developer Falcom successful in alleviating a lot of the unnecessary filler and formulaic routine. While there were still moments that smaller side missions felt like content padding, this is hardly representative of the game as a whole.

The Legend of Heroes: Trails of Cold Steel II is exactly how a sequel should be: it respects its prequel’s strengths, brings them to new heights, and also strives to remediate its flaws. To some respect, the original game’s issues are still evident; frame rate and minor pacing issues, however, are insignificant when superb writing and an even stronger battle system show Trails of Cold Steel II at its best. If you enjoyed the first game, chances are that you’ll get exactly what you wanted from this sequel. Think more adventures with Class VII, more fantastic battles, and even more exploration into the bustling nation of Erebonia. Now begins the torturous wait for Trails of Cold Steel III.

The Legend of Heroes: Trails of Cold Steel II is available on PS3 and PS Vita. We reviewed the PS Vita version.