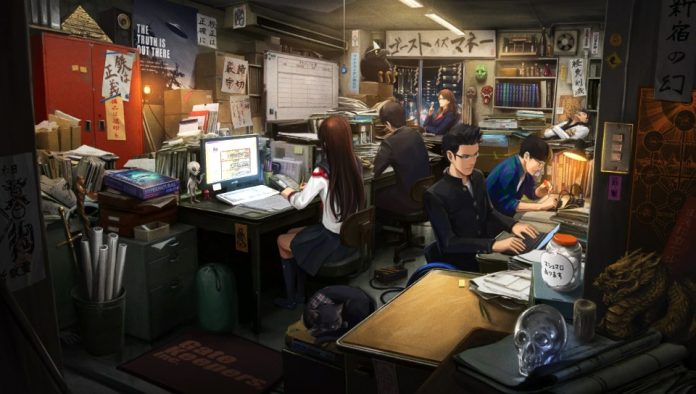 Combining elements of visual novels with pieces of other genres is becoming progressively more common these days.

Developer Arc System Works is no stranger to this design strategy, as both Guilty Gear and Blazblue – two beloved fighting game series – both utilise virtual novel elements in their story modes. Teaming up with developer Toybox Inc. now provides us with Tokyo Twilight Ghost Hunters: Daybreak Special Gigs, the updated version of the visual novel-tactical RPG hybrid, Tokyo Twilight Ghost Hunters (released 2014 in Japan, 2015 in NA/EU). You can check out our review for the original version here. The so-called “Special Gigs” for this version include an additional scenario, expanded story elements, improvements to the battle system, new characters, and so on. Are these improvements enough to attract players both new and old?

Even in the the updated Daybreak Special Gigs version, the general story remains the same: as a transfer student who gets whisked into the wild world of ghost hunting, you find yourself playing through each chapter like an episodic television show – complete with opening and closing credits. Each chapter consists of lengthy visual novel elements in which the player simply follows along with text dialogue. Acting as a ghost hunter for-hire is a fun premise, and the story is complemented by its genuinely likeable cast of characters. Unfortunately, the game lacks voiceovers, but the writing was still strong enough to keep my attention for at least an hour at a time.

When speaking with characters, you will occasionally receive a prompt to respond in conversation. Rather than dialogue options, however, you are provided with different tiles that represent different emotional states (curiosity, friendship, love, anger, sadness). Once you select an emotional state, you are provided with five more tiles that represent your senses (sight, touch, hearing, taste and smell). Without any explanation from the game to help players understand the system more, combining certain gestures can often be misconstrued by both the player and characters in-game. Trying to innocently flirt with one character can easily turn into an accidental groping – needless to say, this is frustrating when you’re trying to earn a particular character’s ending route. 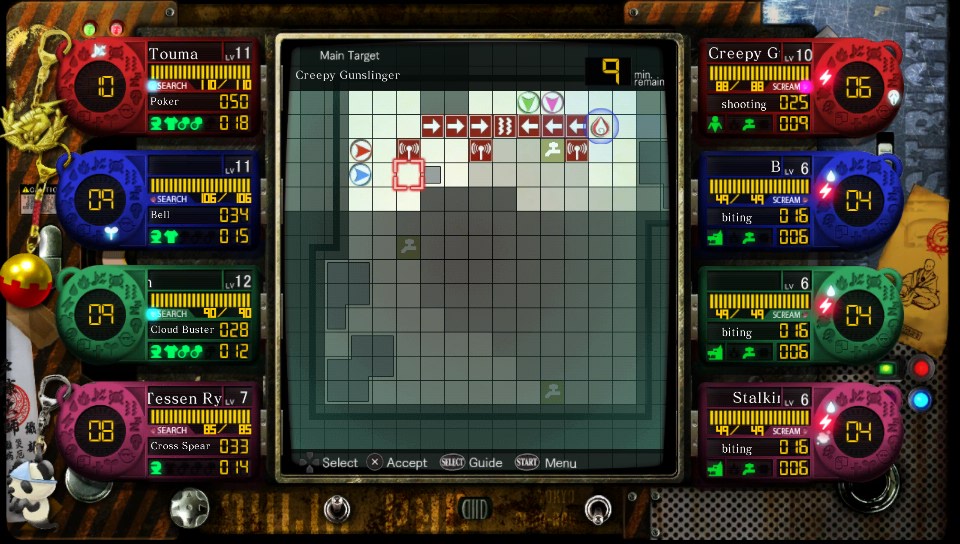 Combat is also void of any explanations as the player is thrust into the fray. The opening battle declines to provide any information to the player, so I took the metal pipe that I was provided and ran in swinging. The “Ouija Pad” used in battle acts as a tactical map for battles; symbols are shown on a grid to represent characters, enemies, traps and objects. From this menu, commands are issued to party members, allowing them to move and use attacks, skills and items. Each character has a limited number of ability points, restricting you from acting endlessly.

Players assign orders for all of their characters and submit them, then the ghosts move, and then the characters’ moves are executed. This is one of the biggest frustrations with Tokyo Twilight Ghost Hunters: its combat is almost completely based on chance. The Ouija Pad provides players with ghosts’ movement range, but the lack of certainty turns landing a attack into taking a shot in the dark. This situation is worsened by the fact that battles are restricted further by having a limited amount of turns. Run out of turns, and the mission ends in failure. It comes across as less of a tactical battle and more of a game of luck. Battles that overstay their welcome due to bad luck can ruin the player’s feelings of accomplishment. Considering that many of the battles aren’t even that difficult, it sometimes feels as if the greatest challenge is getting a ghost to stay still.

Aside from the bland visuals on the Ouija Pad, Tokyo Twilight Ghost Hunters: Daybreak Special Gigs has some of the most attractive visuals I’ve seen in a visual novel. Though some background images get reused a little too often, they are still strikingly beautiful to look at. Character portraits, while for the most part remain static, move in unique ways to add emotional tone to each character’s dialogue. This is an enjoyable and welcome addition to the visual novel sections in my opinion, as staring at static images for hours takes a certain level of dedication for those not accustomed to this type of game. Enemy artwork is also surprisingly varied, and each enemy type is quirky and appealing.

The overwhelming style in the game also helps keep players’ attention; from the stylish retro van with the polished wooden steering wheel to the rock-centric soundtrack playing from its cassette player, Special Gigs has genuine swagger in its presentation. Both the opening and closing theme songs deserve special credit – they’re the best of what Special Gigs’ soundtrack has to offer. 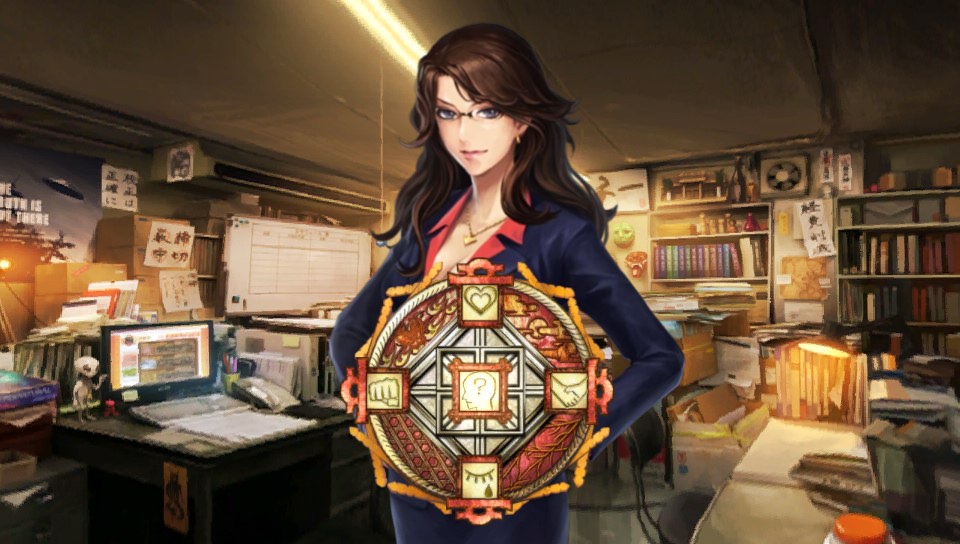 Tokyo Twilight Ghost Hunters: Daybreak Special Gigs, despite its ridiculous name, certainly has some redeeming elements. Its visual novel elements are certainly strong, thanks to interesting characters and an enjoyable story. Unfortunately, the obtuse dialogue mechanics and frustrating luck-based battle system are some pretty glaring issues. On top of that, the lack of explanations for many mechanics is undeniably odd for a game with unique systems. If this updated version of the game made any improvements on that front, then I’d really hate to see how unclear it was in the original version. Those looking for an enjoyable story about ghost hunting might be willing to overlook some flaws – just don’t be surprised if your heated ghost battle turns into a less-strategic game of chase. 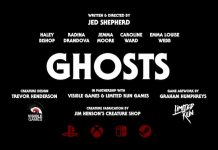