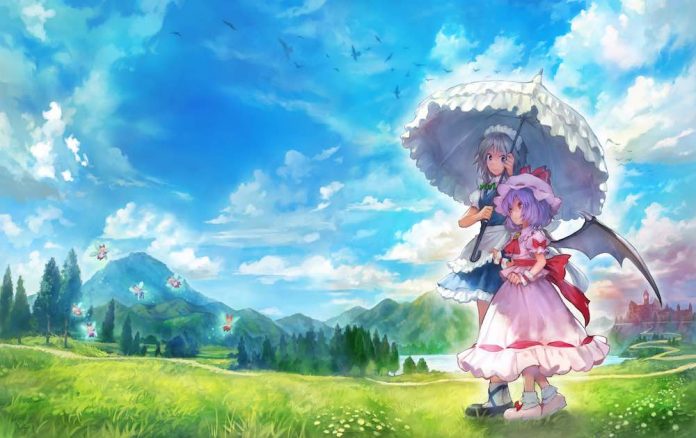 Ever since 1996, when the first ever Touhou Project game was released, fans have been enjoying the bullet hell madness that comes with Team Shanghai Alice’s underappreciated series for well over 15+ games. With Touhou: Scarlet Curiosity, fans have taken it on to themselves to step into those well-worn shoes.

I have to be perfectly honest, my knowledge of the Touhou Project could be best described as “I heard about it once” rather than any actual experience with the games. Therefore, the fact that this is a fan-made release does not actually have much of an influence on me. You can rest assured that there is not a single muscle inside my body that wants to go easy on Touhou Scarlet Curiosity. Thankfully, it does not need such leniency.

Providing players the opportunity to play with two separate characters, the plot revolves around a 500 year old vampire, Remilia, and her devoted human maid, Sakuya, who live together in the Scarlet Devil Manor in Gensokyo.

The pre-pubescent ancient warrior is faced with a dilemma that everyone can relate to: boredom. She is just so unbelievably bored. After living for so long, and developing into such an all-conquering and powerful entity, Remilia cannot find a reason to exist anymore. There must be something to quench her thurst for excitement? On the other hand, Sakuya’s purpose in life is to aid her master in her quest for satisfaction.

Fortunately, a monster has been sighted in Gensokyo which soon targets our dual heroines’ mansion and forces Remilia and Sakuya to venture out on a quest for adventure. What starts as a simple monster hunt soon develops into an epic tale of mystery, as they run into a variety of exciting (and dangerous) characters. 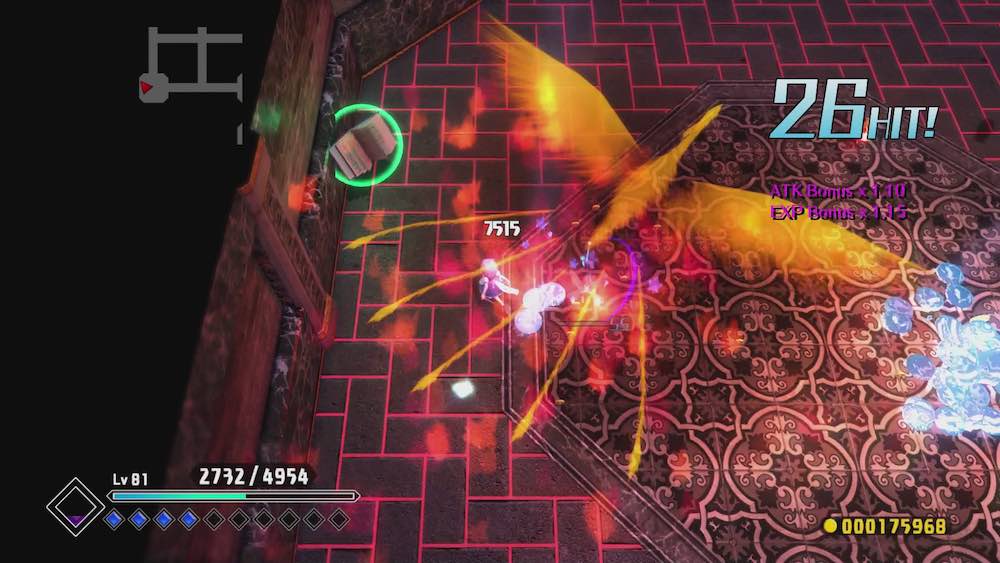 Although Touhou Scarlet Curiosity shows its bullet hell roots, as one would expect, Ankake Spa have combined a variety of different genres to create an experience that it quite unique. The game is divided into a series of dungeons, where the player will hack and slash their way through hundreds and hundreds of enemies towards an end-of-level boss fight. Although there are two playable characters, their stories are identical. After the game is completed, a bonus dungeon is unlocked with 20 floors and an extra boss.

Besides a single button designed for the player to unleash a 3-4 melee combo, each character can have three skills assigned at any given moment, which require SP to be used. One of these skills is particularly strong and has its own special bar to be filled before it can be used. Although the melee attacks are fast and aggressive, they pale in comparison to the skill moves which are a delight to sit and watch. Flashy, painful and varied, I would recommend that each one of them be tried out as they are unlocked. Even if only to see the havoc they can unleash.

There is also a jump button, which can be turned into a glide in Remilia’s case. With the exception of a special skill, there is no dodge button. It is a bit restrictive, admittedly, especially since most situations will see your character surrounded by a dozen or so monstrosities waiting to cut our anime heroine down.

A leveling system taken right out of the JRPG manual book provides a consistent string of new skills and stat boosts as rewards for the mounting corpses. A weapon plus two pieces of equipment can also be slotted for each character, with chests and enemy drops supplying that particular well. It is almost impossible to go a minute without getting some new piece of metal, although duplicates are extremely common.

Speaking of monstrosities, there is a vast enough array of colorful enemy designs in Touhou Scarlet Curiosity. Ranging from evil fairies (like there is any other type), menacing frogs, werewolves and fast as lightning bats. A dime-a-dozen, these fail to really provide much of a challenge, especially since they can often be beaten within a single combo. 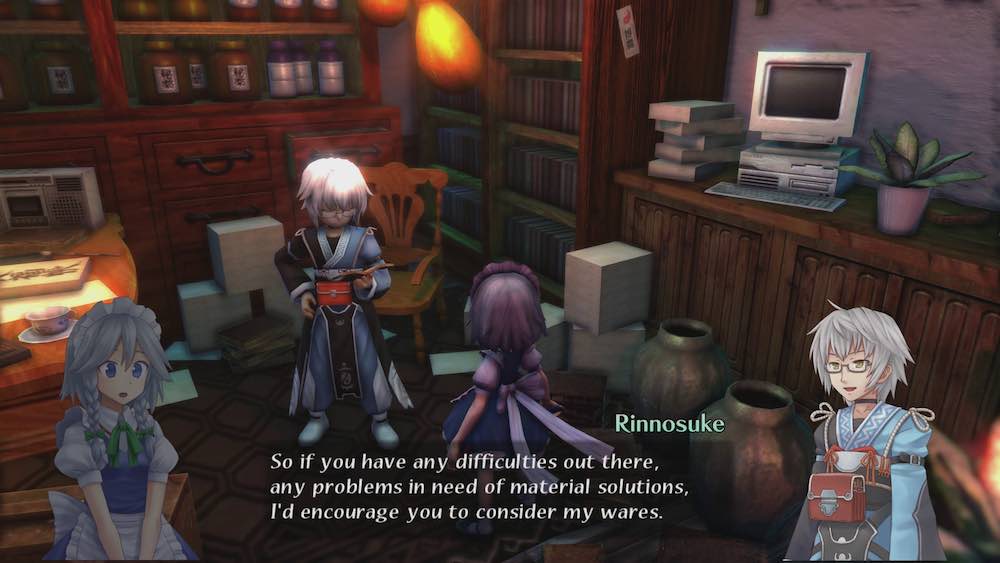 The highlight of Scarlet Curiosity is easily the boss fights, mostly against other cute anime heroines with a thirst for blood. A love letter to their bullet hell inspiration, the screen quickly overflows with colorful shapes of all sizes as absolute focus is required to successfully avoid their attacks and get your own in. Honestly, these fights are genuinely challenging, engaging and a blast to play through. They also happen often enough to always feel around the corner, while not actually being around every corner.

Graphically, Ankake Spa designed a quite pleasing game here. Taking place in 2D and 3D levels, the backgrounds are picturesque and add a lot of depth and awe to the proceedings. The dungeons themselves are nothing to write home about, with a lot of repeated assets, but I never found myself annoyed by their presence. The soundtrack is gorgeous at times too.

Touhou Scarlet Curiosity is a relatively short and engaging fan-project that bends genres together to encouraging results. There is definitely a fair amount to love here, even though its presented in a seemingly simple cover.