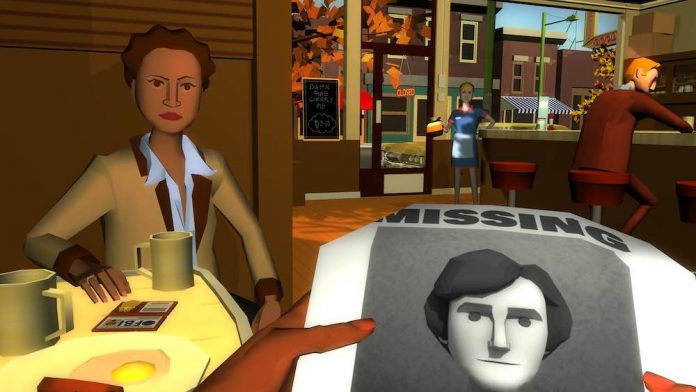 Variable State’s recently released cinematic adventure Virginia is, in many ways, as perplexing as it is believable. A story that begins with immediate disconnect, introduces us into a world we can understand – and as soon we begin the realisation of what this surrealist fantasy is, it pulls the rug from beneath the player.

Virginia is a game as much about recognisable themes and motifs as it is about normality – and morality. Few players have come out of the mysterious town of Kingdom with even an inkling of what just happened. The majority of the game takes place during the investigation of a missing boy – or so you think. You see, a large, completely unnoticed theme of Virginia is one of disconnect. Not just between your character and the other characters but between you and the person you are playing as.

The most major instance of disconnect is the most immediately recognisable one. You, playing as Anne Tarver, are to work with another FBI agent named Maria to find a missing boy in the small Virginian town of Kingdom. But, as we all know, we aren’t actually working with Maria; we are investigating her as an internal investigation. As she wiles away investigating the many leads of the missing teenager who has an important fondness of UFOs and the unknown, Anne stays behind, simply watching her.

“Virginia‘s theme isn’t one of femininity, or even of race. It’s something so much more simple, something that everyone, no matter their sex, race or start in life will experience”

Soon into the investigation, thanks to a note found in Lucas’ room, the pair are led to a cave where they come across many empty bird cages. But of course, one is not empty, one has a small, red bird inside. The bright red bird is one of Virginia’s most famous as well as the state’s national bird. This being a story of symbolism and motifs and the Northern Cardinal being bright red, we can jump to one conclusion: the bird is a red herring. The red herring is one of many motifs that will continually pop back up through Virginia‘s short runtime. And again, it is the one most people will take notice of.

Now, it is the combination of two of Virginia‘s most unnoticed themes that leads us into what this story really is. The red herring is quite obvious – there is, in fact, a subspecies of the cardinal known as a red herring. Soon after, Anne experiences one of her many dream-like states where the buffalo (another of the game’s re-occuring motifs) presents the red herring which, when picked up, turns into the final symbol – Maria’s trinket. Most would take this to believe that Maria’s mother – of which the trinket symbolises – is a red herring, that something is wrong and we should continue to investigate Maria. The true meaning is rather one for the player to interpret, not Anne. 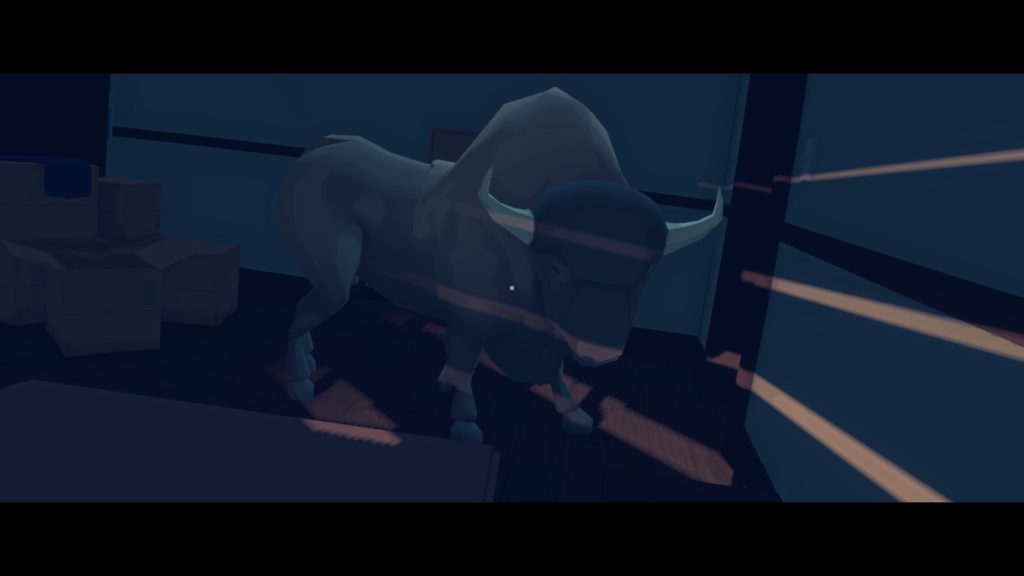 You see, while there is a disconnect built up between Anne and Maria, the focus of the game’s themes are about the disconnect between you and Anne. This is immediately apparent in Virginia’s very first scene – which is, perhaps, one of the best scenes in gaming this year. It is a scene which will seem incredibly normal and day-to-day to some and completely unknown and foreign to others. The scene being the simple act of applying lipstick. As a “typical” gamer playing Virginia, you are likely going to be a white male, so the act of playing as black woman doing something so simple yet, to you, so different, is one of complete disconnect – one that many female gamers will continually experience.

But Virginia‘s theme isn’t one of femininity, or even of race. It’s something so much more simple, something that everyone, no matter their sex, race or start in life will experience. Virginia’s theme, put simply, is about work and about how far someone is willing to sacrifice those around them to better themselves. Most people who play Virginia will begin to become incredibly bewildered during the game’s final 30 minutes. The final, most impressive, piece of the game is a mess of symbolism, dreams and stories we have little time to actually make sense off.

“Virginia, like the very best of fiction, gives us a story that we can both relate to while retaining a message that is unique to each and every one of us”

We all understand the meat of the game, the first hour. The story of Maria, her two surnames, and her mother. Her mother who, with a brilliant mind, discovered something dark about the FBI and lost her job because of it. And now, we are sent after Maria who keeps a locket of her mother around her neck at all times. The locket, which we all know, is a red herring. The red herring isn’t her mother; it is the whole sequence of events. I’ve avoided mentioning the obvious inspirations that Virginia has as it seems lazy for an analysis but the Mulholland Drive inspiration here is undeniable. The whole investigation Anne is sent to conduct into Maria doesn’t matter; it is, as we see later, just a routine thing for the FBI.

The final climactic 30 minutes is a combination of three things: Anne, in another dreamlike state, sees a possible future for her as the head of the FBI; another, much more horrifying one full of symbolism where the last motiff, the buffalo, is sacrificed by her and the people she has met. The final one, I will leave until the end.

The red herring is personified during the first storyline. Anne sacrifices Maria’s wellbeing and life so that she can complete her original job and be promoted. We then see the rest of her life quickly flash before our eyes as Anne meets new colleagues, is tasked with investigating them, and destroys their lives as Anne succeeds and rises in the FBI world – eventually becoming the person she received her badge from at the beginning of the game. We see very little of the people whose lives Anne wrecks because we have already seen the outcome – with Maria. 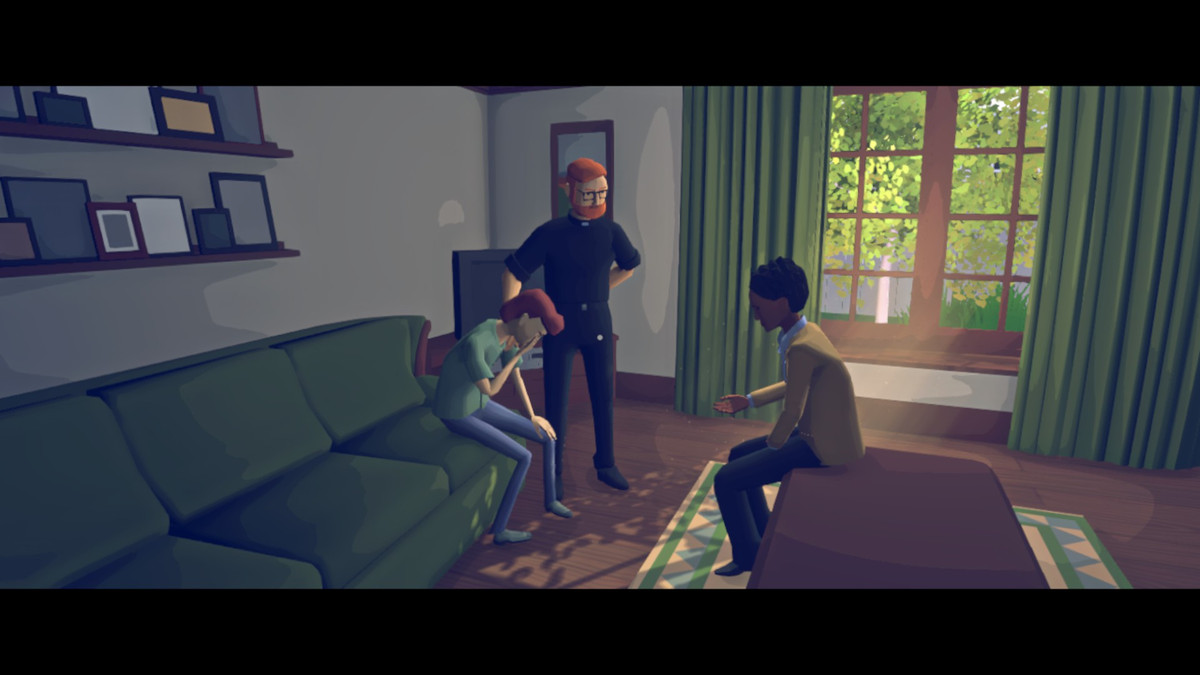 After seeing this, and seeing what she could become, Anne decides to give the locket she retrieved back to Maria. She remembers the real reason she became an FBI officer, removes her mask and becomes who she wants to be and what makes her happy. In the final scene, as the wonderful orchestral score breaks into full swing, Maria comes back into her life and they finally leave Kingdom for good. While leaving they drive past Lucas, also walking away Kingdom and ignoring him, because he too, is making his own choice to what makes him the happiest.

Or at least, that’s how I perceived it. Virginia, like the very best of fiction, gives us a story that we can both relate to while retaining a message that is unique to each and every one of us. And like the very best, it tells the story absolutely wonderfully. Variable State were able to create this world, these people and a message that is completely my own – whether or not I understood it fully – without the characters speaking a single word. The music and the art tell the story here and how we interpret it is completely up to ourselves.