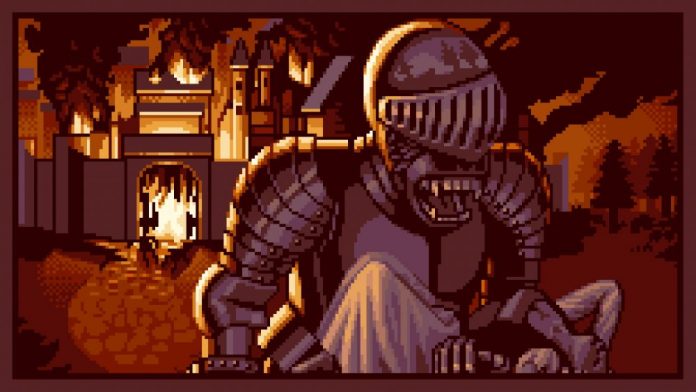 Which child, boy or girl, has not dreamed of wearing some metal armour and going on a Medieval adventure?

The Knight in Shining Armor, a cold and detached warrior destined to save the princess (or prince) and slay the dragon; a hero that cannot bested. Finally, thanks to A Bastard’s Tale by No Pest Productions, those dreams are now a reality. Yet, as my strutting beacon of awesomeness lay in a pool of his own blood after being rammed in the head by a cow, I have to wonder if maybe some dreams are best left to the imagination.

A Bastard’s Tale is a challenging indie game that places gamers in the rigid confines of a suit of armour as they traverse the land and fight off hordes of unique enemies. The combat is timing based, not to mention ridiculously challenging, as the knight can block attacks and unleash his own can of death with a well-timed swing.

No Pest Productions’ release might remind people of the Souls series, at least in concept. Although admittedly that might just be me, as nearly everything seems to  remind me of From Software’s massive franchise in one way or another nowadays. Still, on paper there is a fair amount to get excited about here. The highlight of A Bastard’s Tale is the vast, and I do mean vast, amount of enemies to fight. These might start off rather simple; with farmers carrying pitchforks and the aforementioned ramming cow of owies, but as the levels progress, more new and exciting obstacles are thrown our way. Evil sorcerers, black knights, cavalry soldiers with spears and speedsters twirling their large staffs; there is a lot to sink your teeth into here.

Spread over five unique levels, A Bastard’s Tale is not a particularly long game and can be beaten within two hours. The charming, if somewhat common, pixel graphics are pleasant enough on the eyes and allow the different terrains to successfully exist in their own separate realms. From the village and forest to the scorching desert, No Pest Productions’ choice to go for quantity over quality proved to be a smart move indeed. 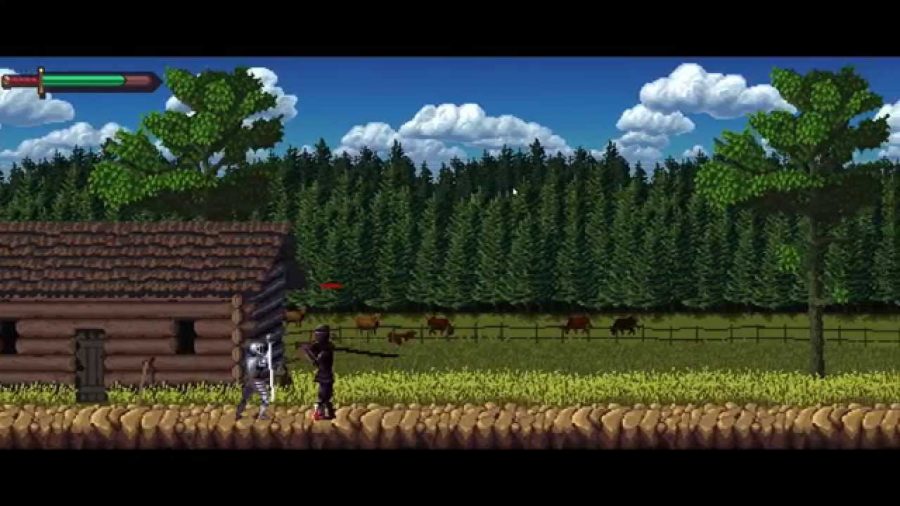 A Bastard’s Tale has all the elements in place to be a great little indie title for players to occasionally nibble on while taking a break from larger meals like Destiny or Uncharted 4. At $4.99, how can this not be an instant recommendation? After all, it has so much going for it, from the impressive cast of enemy fodder to the nostalgic defined visuals and the well-paced level design. What could possibly hold it back?

Well, the gameplay does not quite hit it out of the park. In actual fact, A Bastard’s Tale might have the most infuriating game mechanics this side of Flappy Bird. Okay, that might be a slight overreaction, but the final produce here leaves a lot to desire.

Where to start? The mechanics are relatively simple to understand: enemies can attack from three directions (up, left or right) and your character can block any of these attacks as long as the correct direction button is pressed. In turn, the player controlled knight can attack from the same directions (which can also be blocked by most enemies). This is the basis for a fun “Rock, Paper, Scissors” style of gameplay that should be fun and challenging at the same time. Unfortunately, the timing is just not quite right. Not only are the attacks hard to distinguish at times (especially left to right) but the input time to block said attacks is frustratingly short. Often it ends up feeling like less of a game based on skill and timing and more on just blind luck.

More importantly, the hit-box detection is disappointingly uneven. I could accept the above issue well enough, as practice can improve that particularly expect, but too often an attack that should have hit just does not. For no reason. On the other hand, quite a few attacks that are clearly miles off end up delivering damage. Since the strong and powerful knight seems to prefer to wear an armour of glass instead of metal, a few of these annoying misses result in a game over screen.

This is infuriating. A game built on timing requires consistency in the results delivered by the gameplay itself, especially since the mechanics can be hard to predict in their original design. Add these “Oh Come On!” moments, and too often these challenges that should be earnestly pushing me to came back for more, ended up with a close application request. 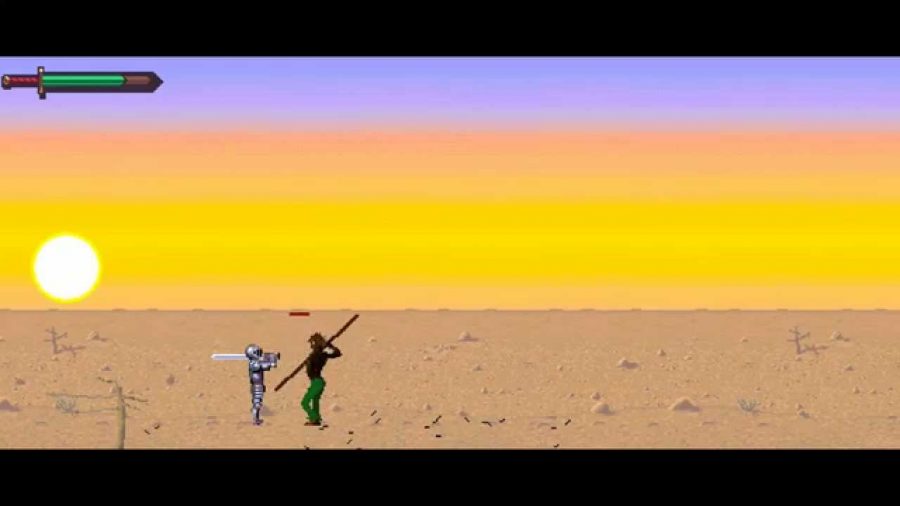 A Bastard’s Tale has a lot going for it, but I cannot honestly say that I enjoyed my time with it. Hopefully a patch might be released to fix the hit-box detection, but considering the title has been around for a while already on PC, I have to assume that this is the best it will get. That’s not to say that certain players will not find something to sink their teeth into here, however. The 90’s era graphics are loveable and I do appreciate the time and care put into the levels and enemy design. Just be prepared for a few smashed controllers.

A Bastard’s Tale is available on PC and PS4. We reviewed the PS4 version.