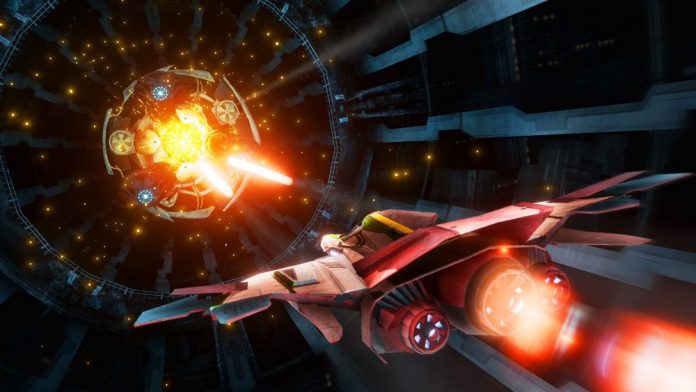 Protect your planet by controlling a lone pilot that flies into the centre of the orbiting enemy mothership, avoiding obstacles and defeating enemies as you fly through. The Collider 2 is an endless runner with its own twist on the genre and enough content to keep things enticing.

There isn’t much to explain about The Collider 2; things are kept simple. You fly a ship down a trench/tunnel (in a kind of Star Wars Death Star run style), with varying objectives to complete as you go. There’re a few boss fights, all kinds of obstacles to dodge as you fly down the trench, enemies to take out, and coins to collect. Doing as much as you can, as best as you can, increases your score, which you can use to upgrade your ships stats. You have more than one ship to choose from, and each unlocks as you enter the next sector.

As you’re flying down the trench, you can boost which helps you beat the level under a certain time, but this also makes avoiding obstacles a lot harder – as well as the added balancing act of having to watch that your boost meter doesn’t overheat your ship. There are power-ups to collect as you dart down the trench, one of them being a cooldown pick-up that stops your ship overheating, meaning you can fly full speed ahead and make up for any lost time, or buffer for any potential mistakes you might make later on. Along with a few typical pick-up types such as shields and magnets, there are a few opportunities to have random spouts of luck interject into what is mostly a skill-focused experience.

Quick reactions and careful planning are what pays off in the end. Positioning yourself correctly and being able to dexterously adapt to oncoming threats are the key qualities you should have to really push yourself to the limit here. Becuase of the open-ended nature of The Collider 2‘s objectives, you can approach the game casually and focus on getting through the core experience of the game, or you can try and get everything done perfectly, and in the quickest time. There’s definitively a competitive component here for those wanting to take a more try-hard approach, but the game doesn’t lose anything by being played in a chilled out mood either. 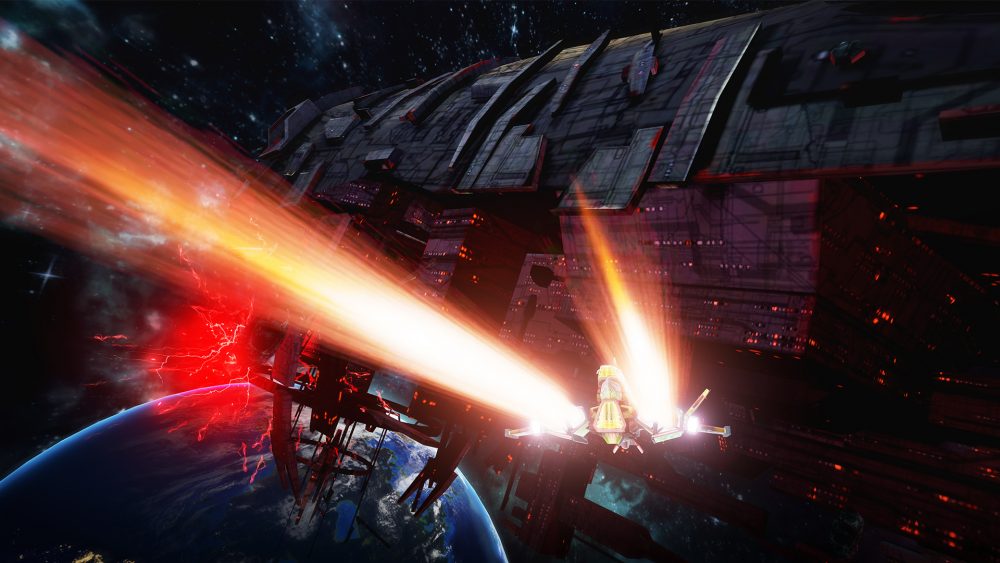 The game can be played in a first-person perspective, or a close/far third-person view. You’ve also got a few options to choose from in terms of controls and experience too. You can play with your mouse or use a controller, but there’s also a VR option too. The mouse operates pretty well, but using a controller (despite constant tweaks on sensitivity and input thresholds) simply doesn’t feel responsive enough and feels like a handicap to play with. Surprisingly, VR is the best way to play. Whilst VR is mentioned on the store page as an optional experience, I’d say it’s the core experience after having played it in this mode. There’s no delay in ship movements; the response is instant as you move your head, down, and side-to-side. Your neck might suffer in the long run, but this is the fastest way to avoid obstacles, and makes full use of VR’s 3D/depth-perception to eye-up obstacles and your position in relation to them; it’s a natural fit.

The difference is night and day, as I can hold the boost button until the ship’s overheat limit, and still avoid everything effectively whereas, in the controller/mouse mode, I have to release the boost button to be able to dodge certain closing doors or rotating walls. It’s a bit annoying, because it seems like using a VR headset is almost like a cheat-code that enables a more responsive and agile ship, where using a controller or mouse is a handicap in that sense.

The graphics are presentable, making sure to cater to the type of gamer who’s likely to get the most out of this experience casually, but not owning a PC capable of state-of-the-art graphics. The Collider 2 opts for style over fidelity, and offers a nice visual style to compensate for a simplified graphical approach. This helps keep framerates high, which is important for this genre of game. There’s a lot of graphical options to tweak, so even if the conservative approach to the graphics is still a bit too much for your system, there’s plenty of options to turn down. If you want to push it into Max/4K territory, you can tune things up and the game does a good job of providing enough visual flair to make high-end users feel like their hardware is being utilised to some degree. I can’t say much about the soundtrack as it didn’t stand out very much. It sinks into the background, providing ambience to the game and nothing more. “Serviceable enough” is the description I’d give. 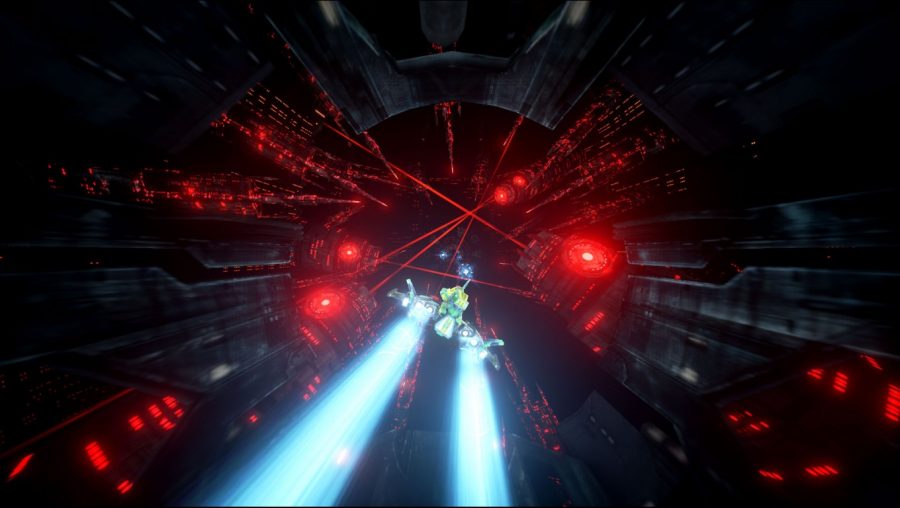 A simple approach to design philosophies means The Collider 2 is a tightly-tailored experience that can be enjoyed in many ways, by both occasional/casual players who want a quick fix, and the hardcore fans who want to collect everything, buy every upgrade, and complete all three medals for each level in record time. It’s a shame that the levels are incredibly repetitive in terms of visual design (the only variety on offer being enemies and obstacle designs/placement), and the trench run approach to gameplay can get a little dull at times, with the same grey mothership walls passing you by as you boost through the tunnels. More effort could have been made to spice up the mothership interior design, but overall the concern is on the obstacles and objectives, and the ship serves simple as a background/flavouring for those challenges.

If you enjoy endless runners and fancy yourself taking flight of a ship as a change of pace, or if you’re looking for a VR experience worth your time, The Collider 2 does a good job of providing a fun and addictive game whilst keeping things simple and concise. Get to the end quickly, and do as much as you can on the way. Now do it again, but with more stuff in the way. You’ve most likely played this genre somewhere before, but The Collider 2 has enough going on to make it unique and worth the trouble of buying and giving a try.

The Collider 2 is available on PC and supports both Oculus Rift and HTC Vive.