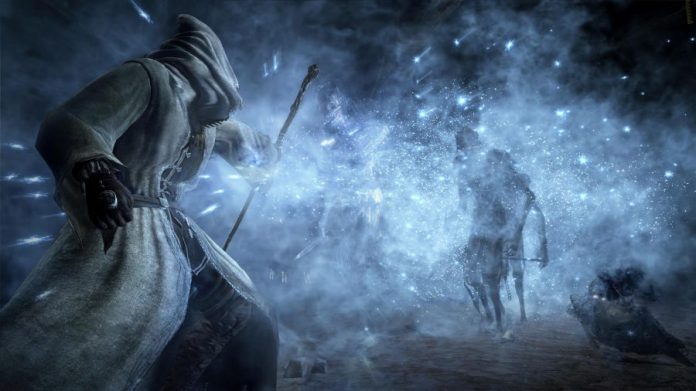 The first of two planned DLC packs for Dark Souls III has arrived in the form of Ashes of Ariandel and it offers a new world to explore, new enemies to battle, new weapons, armour and spells to find and of course new bosses to endure and triumph over.

The DLC also offers a genuine PvP mode with team-based matchmaking and specifically designed PvP arenas as opposed to using the summoning system in player chosen areas. It offers a compelling, challenging package that I’m sure will satisfy most fans, even if the story DLC just kind of ends.

To access the DLC, simply visit the Cleansing Chapel in Cathedral of the Deep. Once you’re there you’ll know what to do. I’m being somewhat coy in an effort to avoid any spoilers because once you arrive in in Ariandel, there is an immediate “cool” moment for fans of the series. I honestly can’t think of another series in which simple title cards can evoke a sense of joy and dread at the same time.  The lore it adds to the game is interesting and even effects some NPCs dialogue in the main game, however, it just kind of ends without much fanfare.

I almost was taken by the gorgeously rendered forest in winter, the ambient sound of wind, and the subtle beauty of my Dancer’s veil billowing in the wind. True to the series, Ashes of Ariandel wastes very little time disrupting the beauty and serenity of the winter landscape by thrusting punishing enemies at you with the singular purposes of ruining your day. On more than one occasion I exclaimed out loud profanities along with the vocal acceptance that I made a mistake and it cost me. Managing mobs is key in this DLC as you’ll be dealing with them often in each area. In retrospect, most encounters in Ashes of Ariandel involve more than one attacker.

If you were wondering if the DLC would find new and exciting ways to kill you, wonder no more. One area in particular throws at least two monstrous beasts that can two shot you while arrows that have a delayed AOE explosion periodically reign down on you. “You Died” taunted my screen at least four times in this section all within the span of eight minutes or so. Once I figured out the best way to handle it, I killed the enemies, got the loot, and beat feet out of there only to be greeted by a third monstrous denizen that hit like a truck. This time I just high-tailed it to the bonfire and reset the area. I really don’t want to spoil the new enemies in the DLC so I won’t but I will say that some of them are pretty awesome and offer something new to a series that has a spiritual predecessor, a spiritual successor, three main games and a lot of DLC. That From Software can still surprise with their design is a testament to how good of a design and conceptualising team they have there. Oh and for fans of the Archer Knights in Anor Londo? There is something here for you to enjoy, if you hate fun and all that. 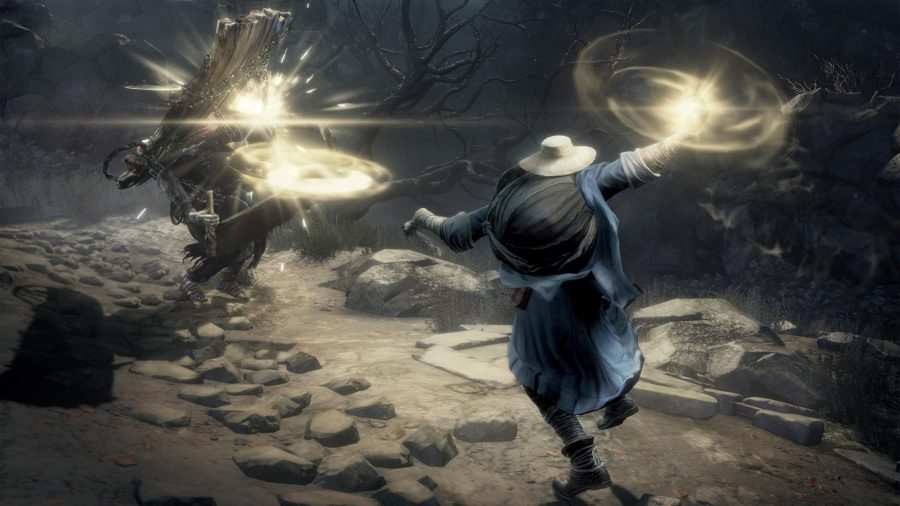 Speaking of bonfires, there are actually quite a few for such a relatively small area. On my first runs through the area it felt like an agonising, stressful eternity before I would reach the next one but once I got my bearings and opened up the many shortcuts, it became much clearer how generous From Software had been with dolling them out. That’s not to say the game is easier, because it’s not. The somewhat frequent bonfires seem necessary when you consider how many terrible things can gang up on you and send you back to a bonfire only to run as fast as you can back to your Souls pile. I will say, the opening stretch to the second bonfire was particularly arduous and that bonfire was probably one of the most satisfying ones I’ve ever found in any of these games.

While the bonfires may seem fairly frequent, level design is much more in tune with what I loved about Dark Souls and Bloodborne. There is a great deal of verticality in Ashes of Ariandel and one shortcut in particular brought a big smile to my face as well as immense relief, even though I know where I was headed just a little bit before I opened the door to reveal the area.

This leads me to the main draw, for me anyway: the bosses. There are two for this DLC and both offer a unique challenge, although the optional boss was far more underwhelming than the main boss. Both have multiple phases with the latter being almost cruel in how they’re doled out. I generally like taking down bosses solo but for the purposes of getting this review out on time, I did summon help for the main boss. But hey, that’s what NG++ is for, right? (I played the DLC with a NG+ Pyromancer.) The main boss is probably one of my favorite bosses I’ve fought in this entire series both from a gameplay and a lore perspective. They tie into the DLC story in a wonderful way and have interesting new move sets as well as a callback to a boss from a previous game and offer an exhilarating challenge.

Actually, if you’re interested in the PvP in Ashes of Ariandel, that optional boss isn’t at all optional since he drops the item you need to access the PvP. PvP exists in the form of Undead Matches which can be accessed at the Firelink Bonfire. Once selected, you can chose from a variety of game types: one vs one with no Estus use, “Brawl” which is one vs one with limited Estus use, two vs two, three vs three, and four and six player free-for-all. It’s a fun enough mode but to the best of my knowledge there aren’t any rewards for winning so unless you’re really into fighting other players, there is nothing here that will keep you coming back. I would have loved if this helped give you items for the main game, and maybe that will be patched in, but as it stands now, these matches are strictly for bragging rights at best. 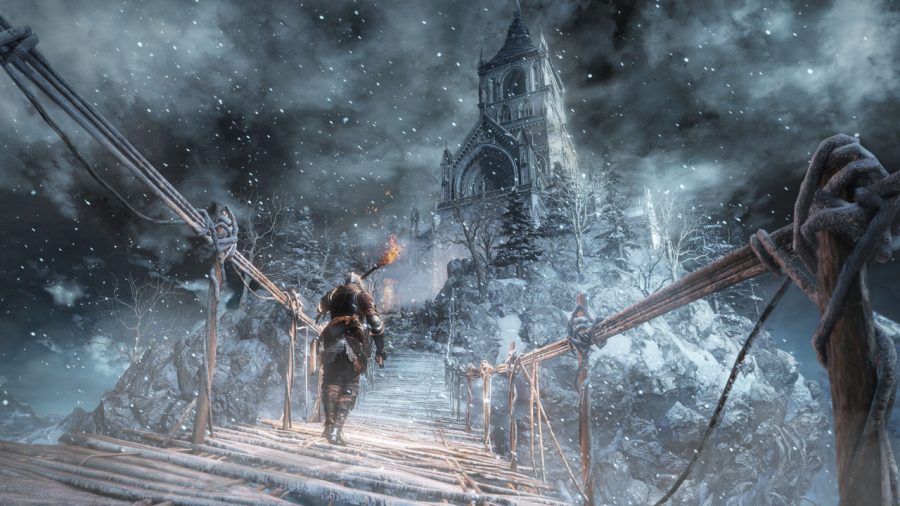 Ashes of Ariandel offers more Dark Souls III, which can only ever be a good thing in my book. It offers anywhere from five to eight hours of content depending on how thorough and skilled you are, an interesting new world to explore, wonderful new enemies to fight, new loot to plunder and use and two new bosses to fell. If the story had more of an impact and the PvP offered rewards for winning, I would say this is one of the best DLCs From Software has released. As it stands now, it’s not the best, but it’s really good and definitely worth investing in as a fan of the series as it adds something new to what is already the best game this year.

Dark Souls III: Ashes of Ariandel is available on PC, PS4 and Xbox One. We reviewed the Xbox One version.