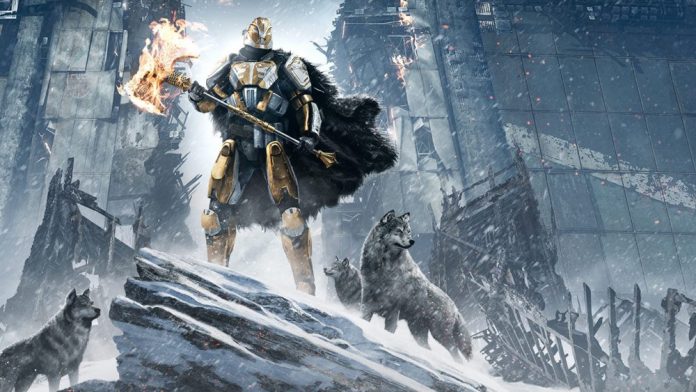 Yep, I did it. I bought Rise of Iron.

I’ve been off Destiny for almost a year now and yet, with the fallow release schedule before the holiday rush, I went ahead and came back to see what’s improved. How has Bungie made the most polarizing, blatantly exploitative, and conspicuously incomplete game in history any better?

They haven’t, and that’s a fact that has finally come into sharp focus for me as I sank about a dozen hours into this content anemic excuse for an expansion.

I’m not going to go into the basics of what Destiny is here. If you’d like to understand more about Destiny’s visuals, mechanics, and overall design you can check out my previous review of The Taken King as everything written there still applies.

The not-quite-MMO-shared-world-shooter-but-not-really-because-small-teams-massive-load-times-and-instanced-dungeons has seen about one to two new, paid for content drops per year that have ranged from pretty good (The Taken King) to downright awful (The Dark Below). Rise of Iron unfortunately falls on the Dark Below side of things with a two to three-hour campaign, one new social space, one new patrol area, one new strike, and one new raid. Along with all that comes new weapons, armor, ships, shaders, and other accouterments that are supposed round out the $29.99 price tag.

That sounds like a pretty decent amount of content but here’s the catch: it’s all recycled. All of it. Far more conspicuously so than in previous content drops. The new enemy type (Siva infused Fallen) are simply a skin swap with some new weapons. The new patrol zone is a bunch of recycled assets from the Cosmodrome and Venus covered over with snow and some Siva machinery. The new strike ends in a boss battle that’s just another hide-and-seek arena from vanilla Destiny using two bosses that already existed in year one. This is a huge step backward from some of the smarter design seen in The Taken King. Sure, the new exotic weapons and armor have distinct looks and feels, as always, but is that what Destiny really is? The sequel to Style Trends: Fashion Designer: Rio: The Kardashian Girls Do It Large? 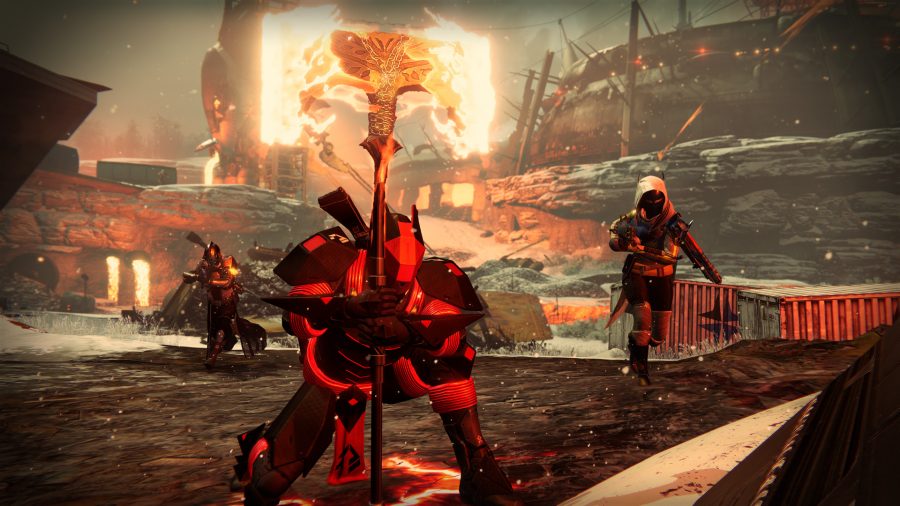 You want to know about the new campaign? Do you? No you don’t! You don’t care! How could you? Bungie doesn’t. You can guess what it is right now. Go on. Guess. That’s right! A threat from the past that’s never been mentioned before returns and you’re the only one that can stop it and, spoiler alert, three hours later, you do! None of the semi-clever writing and stellar voice acting from The Taken King remains. Everything is as generic and cringe-inducing as Destiny‘s initial release. Plus, what the hell happened to the Traveler? What is The Speaker even doing anymore? Where the hell is The Darkness? You’re expected to be invested in this thing that has only a tangential connection to what is supposed to be the primary arc but it’s impossible! Story and lore aren’t the same thing, Bungie!

You’ll be happy to know all the numbers can go higher this time and there are several new tiers of grinding that require those numbers to get to the next set of numbers. Once you you make it all the way to light level 385 who knows what you’ll do? Maybe settle down? Start a family? Hold back the existential abyss with a purpose that will go no further than your own mortality? Nope! You’ll run Wrath of the Machine on hard again! Happy birthday!

Rise of Iron is nothing but a stop-gap between Destiny as it is and the inevitable sequel that will hopefully overhaul the whole thing and turn it into something fun instead of something stale and facile. It’s a way for Bungie and Activision to raise some capital with a minimum of effort invested, and the bare minimum is absolutely what they’ve delivered. Don’t get me wrong, I’m addicted to Destiny again in a whole new way and if it’s your kind of thing, well, here’s a little bit more, but I’m no longer making any apologies for it. It’s a slot machine with some incredibly satisfying gunplay attached to it and, as it stands, entering its third year, it’s merely adequate. We should all hope for much better in the sequel but considering the cynical way in which the current slate of content has been handled and its runaway success in spite of it all, I won’t be holding my breath.

Destiny: Rise of Iron is available on PS4 and Xbox One. We reviewed the PS4 version.