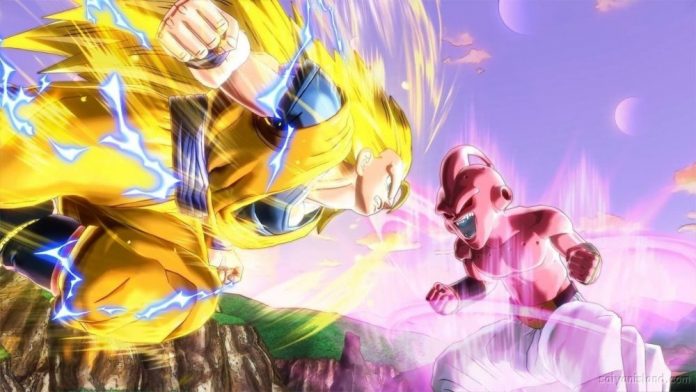 As one of the most popular anime series of all-time, Dragon Ball needs no introduction.

There’s been a shedload of videogames based on the franchise over the years, generally allowing you to pound the opposition into the ground as one of its huge cast of characters, but last year’s Dragon Ball Xenoverse was different – it asked you to create your own character. Developed by Dimps, it received a mixed reception from critics and gamers alike, but now they’ve had another crack of the whip, hoping to serve up a much more fulfilling affair with Dragon Ball Xenoverse 2. The question is; have they succeeded?

Like its predecessor, Dragon Ball Xenoverse 2 is essentially a fighting game with deep RPG elements. If you’ve played the first game, you’ll be rewarded when you start by being able to transfer a limited number of clothing items and skills, but either way, you’ll have to create a new character.  It’s a fun process; there’s a fairly comprehensive range of options, such as race, which determines your underlying abilities and the minor details of some quests, as well as the usual gender and cosmetic choices that enable you to make your character fairly unique. Once you’re done creating your new “Time Patroller”, you’re thrown into Dragon Ball’s crazy world, charged with correcting errors in the timeline and thwarting the nefarious Towa and Mira in the process.

Those that have played the original Dragon Ball Xenoverse will probably be feeling a huge sense of déjà vu after reading that last paragraph, and there’s good reason to do so. You see, to all intents and purposes, Dragon Ball Xenoverse 2 is more of an expanded reimagining of the first title than a full-blown sequel. Thrown into the Conton City central hub that’s stated to be seven times larger than the original’s Toki Toki City, right from the very get-go it feels like not much has changed. In a way it’s quite comforting – the familiarity enables you to delve in head first – but those that have spent extensive time with the original will have no doubt expected more.

As you zip around Conton City engaging in battles and quests you discover the odd new feature and tweak here and there. The hub, for example, now holds up to 300 people thanks to its increased size, and you can zip around it on an awkward controlling hover board until you can fly. More impressively, fans will be happy to hear that the framerate has been doubled, resulting in a silky smooth 60fps experience. It comes at a cost – there’s a noticeable drop in visual detail to my reckoning – but the way it improves the feel of the gameplay makes it a worthy sacrifice. I do have one tip to make the visuals more appealing however; turn up the in-game brightness to max as soon as you can – without it, everything just looks awfully dull. 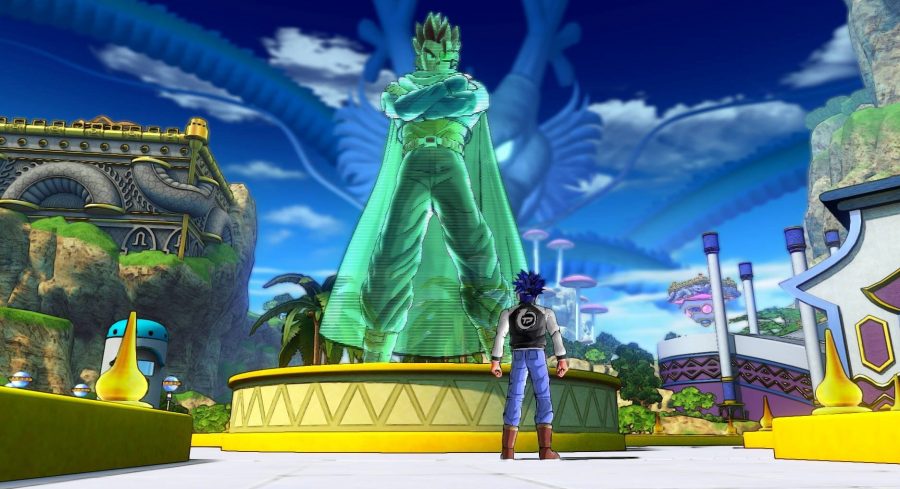 The main draw of Dragon Ball Xenoverse 2 – the combat – is thankfully better than the usual anime fighting game fare. It’s not that it’s particularly any different – it’s still fairly shallow, valuing drama and over-the-top attacks rather than solid and balanced fight mechanics – but it manages to feel more dynamic and skill-based than the competition. You’ve got the usual assortment of heavy, light and super attacks, complemented with other staples such as dashes and throws, but then you’ve got the addition of unique ranged Ki attacks that add another dimension to the combat.  It all amounts to a combat system that’s easy to pick up, but allows those that put in the time and effort to take it to the next level. Players will also find a handful of quests that switch up the combat a little, like taking on a couple of giant apes that can’t simply be pummelled into defeat, adding in some much-needed variety to the proceedings.

Being awarded experience for your fighting efforts, as well as the occasional consumable item or piece of clothing from time to time, character development plays a major role in Dragon Ball Xenoverse 2. Distributable attribute points gained by levelling up can be used to fine tune your character to your preferred fighting style, whilst new skills can be acquired and assigned at will. Meanwhile, clothing can be equipped to boost certain attributes, or new to this release, a QQ Bang, which overrides any benefits they provide. However you choose to develop your character, it’s an engrossing and addictive affair that will keep you ploughing through quests, always striving to be just that bit stronger.

Whilst Dragon Ball Xenoverse 2 is playable offline, players may find it easier to trudge through its assortment of parallel quests with a couple of friends by their side rather than relying on computer controlled A.I. It’s certainly much more fun. Those brave enough can also do battle against other teams or individual players in online ranked and player matches, but the unbalanced nature of the combat doesn’t always make it a pleasant experience. In any case, the online offerings seem fairly robust at this stage should you care to partake in them.

Bigger and simply better than its predecessor, Dragon Ball Xenoverse 2 is great for newcomers, but those that have played the original will possibly find that not enough has changed for it to truly impress. It may not be the nicest looking game, but the gameplay loop is addictive and there are a massive number of things to see and do to keep you entertained for tens of hours, even more if you plan to extensively play online. If you’re an ardent Dragon Ball fan, then picking up Dragon Ball Xenoverse 2 should be a no-brainer, but even if you’re just a fan of fighting games and RPGs in general you should give it a try – the combat is fun and there’s a surprising amount of depth to the character development that doesn’t fail to satisfy.

Dragon Ball Xenoverse 2 is available on PC, PS4 and Xbox One. We reviewed the Xbox One version.