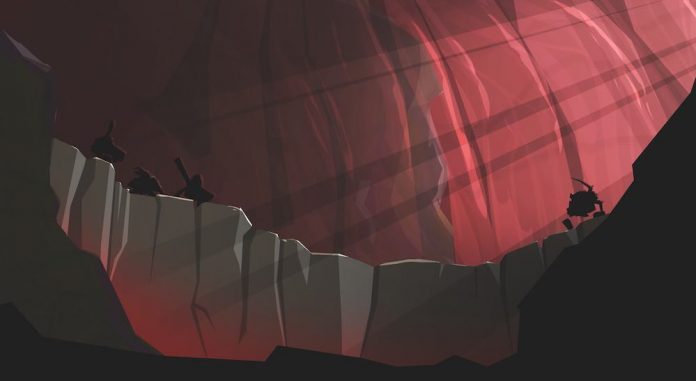 What if, instead of going forward in games, you went back?

In Farabel, you play as King Cendor – but this time things are a little different. You begin at the climax of a war between humans and orcs and, thanks to the fact nobody with time powers can ever use them right, end up working backwards to before the war even began to stop it happening in the first place. Farabel is a turn-based strategy game so the story hardly matters at all. Which is a good thing, as the story is as generic as you’d expect from one about a war between humans and orcs.

Each mission takes the form of one battle during the war. The side you control always has Cendor, the Queen and a mix of around 5-10 other small troops. The units themselves are as generic as could be – you have your cavalry, archers and footsoldiers – But Farabel‘s immediate strength is in the uniqueness of each unit and how different unit’s abilities can be used in conjunction with each other. Archers have very little health but are strong and can fire twice, with some even being able to teleport and to be used as scouts. Cavalry get a massive bonus to damage if they can charge three tiles in a straight line and infantry get the ability to knock enemies back a tile. 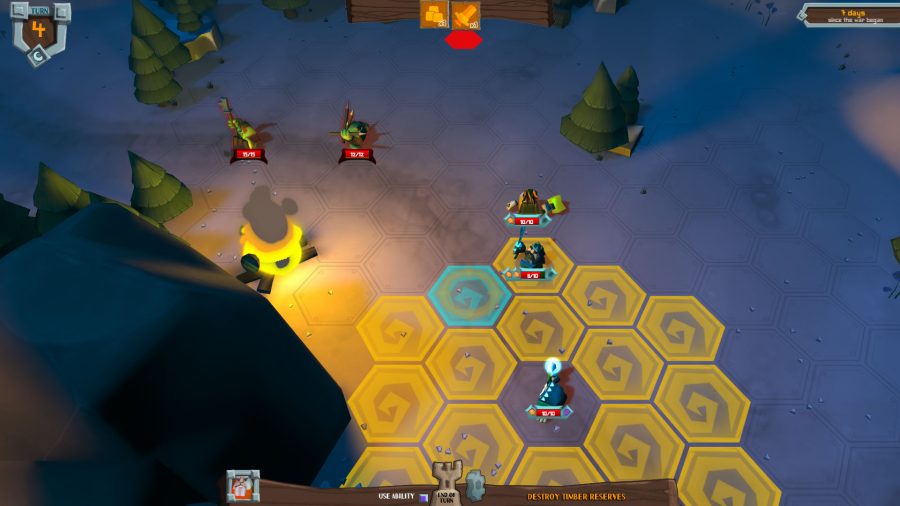 While the abilities themselves aren’t the most advanced, it is how each and every one can interact strategically with both enemies and friendlies that makes Farabel satisfying. Many enemies have the ability to counter-attack; you could use an archer but knocking them back a space with an infantry unit works just as well. Cendor – with by far the most unique ability of all – can reset a unit to where it was in the previous turn. This can be used simply to regain health or attack twice, but you’ll quickly learn to use it in partnership with something like the scout’s teleport to get massive damage in on an enemy far behind enemy lines.

However, one thing that is immediately prevalent in Farabel is the difficulty. Now, I don’t claim to be the best at video games but I’ve powered my way through Dark Souls easily enough so I can’t be that bad, right? I can quite easily say that through the thirteen levels of Farabel’s main campaign, at least half of it was spent retrying missions. This can be put down to the game itself never actually getting harder; just you getting weaker and weaker.

It’s a smart design choice; whereas you do begin the game at the very end, you are at your most powerful then and therefore the best place to start. Whenever you complete one of the game’s mission’s you “level-down” and have to choose which of Cendor’s five stats to decrease. It can be an agonising choice – especially late-game (or is that early-game?) between strength, vitality and the ability to attack twice – although earlier on it is much easier to pick as the “regeneration” and “counter-attack” abilties are too weak to consider keeping.

Farabel also manages to keep every mission feeling unique and different – but still very difficult. Some levels ask you to survive until a certain turn, others throw dozens of weak goblins at you while making you have to concentrate on dealing with one massive enemy. There are very few levels here which have the same general layout or objective which not only helps each be unique but also means that you must learn very different tactics to overcome each one. 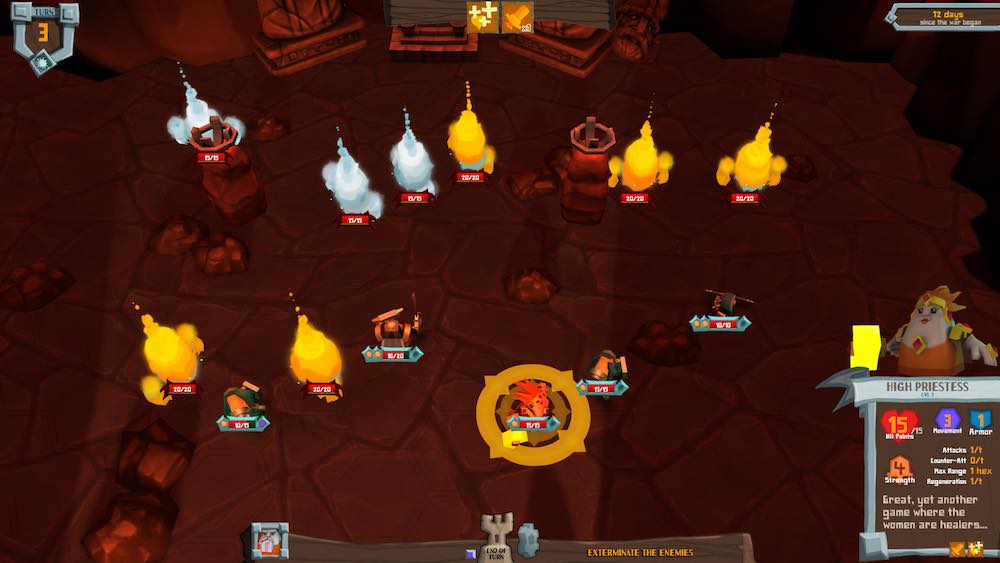 This does however often mean that many levels have to be attempted two or three times to finally be beaten. Missions quickly begin to add in new challenges such as a sudden ambush or a new wave of enemies meaning the first attempt is nearly always a failure for learning how the level works. Your enjoyment here will entirely depend on your proficiency at strategy games as well as your tolerance of doing things over again until done well. This possible problem is further accentuated by making the 13 side missions (there is 26 levels in total) locked-off until you beat a campaign mission very well.

To unlock one of the side “Meanwhile…” missions where King Cendor and the Queen aren’t present, you must get two out of three stars on a campaign mission. This means beating the preset player-average challenges on things such as “units lost,” “turns taken” or “enemies killed”. While some will be unlocked naturally, if you want to beat every mission the game has to offer you’re going to have to replay levels and do even better – when you’ve possibly already attempted it multiple times.

Put simply, Farabel is tough. To some, it may seem unfairly so, although the strategy and tactics required to actually make your way through the game is enticing. There are some other small barriers to entry; the environments are rather poor with very little detail and the few sound effects are re-used way too often. The title also froze on me twice, forcing me to restart an entire mission which made the annoyance of long wait times during dialogue and enemy turns even worse. Move past those problems, however and the difficulty and the strategy needed to overcome it may just tempt you.

Farabel is available on PC.