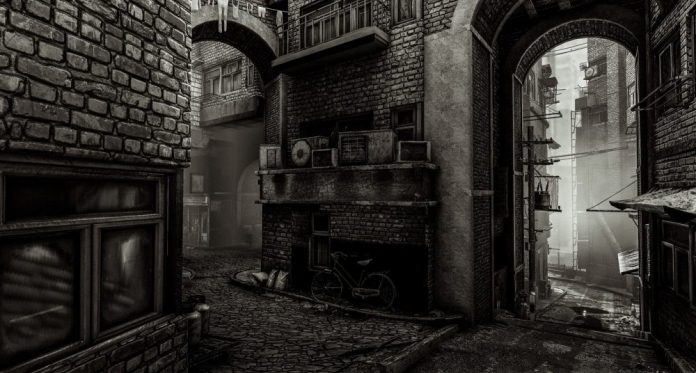 Ever since I first placed an Oculus DK2 on my head and scared myself silly playing Affected, I’ve been convinced that horror has found its true home in VR.

Honestly, forget about the films and games that always proclaim that they are terrifying or gruelling, they’re nothing compared to what it’s like to feel hopeless and defenceless in a VR environment that could almost be real. When I heard that Here They Lie, a dark psychological horror experience created by Tangentlemen would be a launch title for Sony’s PSVR then, I was ecstatic, but was my excitement misplaced?

As a psychological horror game, many will be happy to hear that Here They Lie doesn’t rely on cheap jump scares to scare the crap out of you – although one or two are thrown in for good measure. Instead, it genuinely attempts to unsettle you with its suffocatingly oppressive atmosphere, abstract surrealism and sublimely disconcerting audio, which for the most part works rather well. The result is that you’re pretty much on edge from start to finish, never able to truly relax, and the few instances where the threat you’re in feels more physical than psychological will likely have you glued to the spot, hesitant to press ahead for fear of what may happen. Despite the torment Here They Lie puts you through though, good pacing means it’s an easy game to get lost in, marrying moments of true fear effectively with those of sheer bewilderment and cautious exploration to keep you engaged throughout its five or so hour running time.

Unfortunately, there is one quite alarming problem: of all the games I’ve played in VR, Here They Lie is undoubtedly the one that has made me the most nauseous. Played in first person, by default, the right stick cuts to a different camera angle with the left stick used to walk forward, backward and strafe. It’s a control method employed by multiple VR titles to reduce sickness, but within minutes of playing I found myself feeling queasy and unduly irritated by the lack of true camera control. With one quick change in the options menu though the controls were changed to that of a standard first person exploration game, and with the right stick now used to freely look around I carried on my merry way. Did it make the game even more nauseating for me? Maybe, but it also made it much more immersive and enjoyable. 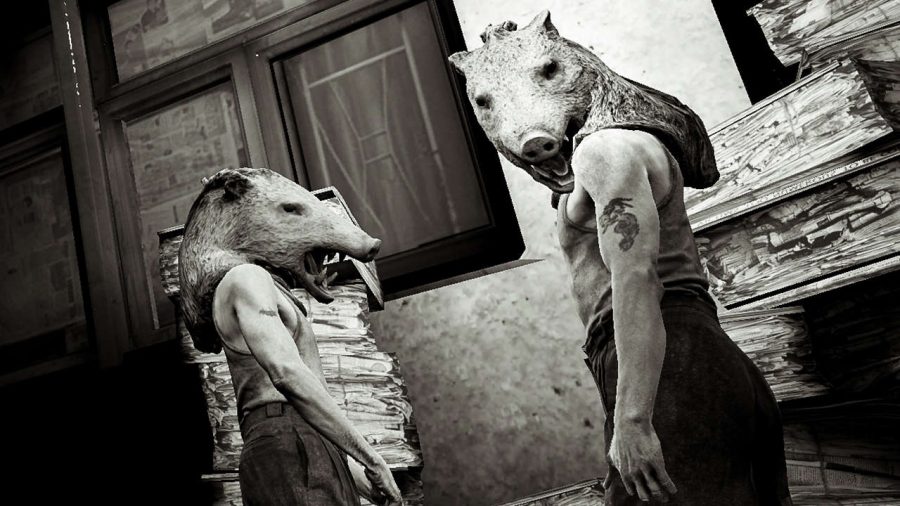 On the topic of immersion; whilst Here They Lie does a great job of drawing you into its hostile and rather strange world, its visuals sometimes undermine the hard work put in to do so. The general blurriness that pervades the screen often has the effect of betraying the feeling of presence, an issue that’s at its worst when you’re exploring bleak inner city environments.  When you’re witnessing some of the game’s obscure and almost dream-like sequences featuring grand structures and other oddities however, the visuals can be truly impressive and display an amazing sense of scale. Truth be told though, if you’re like me, there’ll be large sections of the game where you won’t be taking too much of the scenery in – you’ll instead be running for your life or transfixed by an enemy’s movements, trying to work out when is the best time to try and sneak by.

With no combat options or notable game mechanics to speak of, Here They Lie is very simple gameplay wise. You walk, run, collect batteries for your torch, and interact with a limited number of objects and individuals with the simple press of a button to forward your progression, and that’s about it. Basically, it’s a walking simulator that wants to give you a heart attack. It’s also rather linear, with the only reward for going off the beaten path when you have the opportunity to do so being a collectible, such as a mysterious note or photograph. Those who find themselves particularly fond of the game may play through multiple times to find all of the collectibles, or at least a second time to view both of the game’s endings; but for most, once will be enough. It doesn’t help that there’s no chapter select feature to enable you replay selected parts of the game either.

I’ll be honest; by the time Here They Lie’s credits rolled, I still didn’t really have a firm grasp of what it was all about. Maybe it was trying to say that the human race as a whole is a bunch of animals, or perhaps it was just about a man’s redemption from his past transgressions. Hell, it could possibly even be both. All I know is that it kept me on the edge of my seat from start to finish. It’s by no means perfect – its tendency to make you feel sick, the regularly underwhelming visuals and what many will perceive as overly simple gameplay puts a stop to any such notion – but it is a compelling and often horrifying experience nonetheless. If you’ve got a strong constitution and a taste for the weird then it may be wise to check Here They Lie out. There’s certainly nothing else quite like it amongst the PSVR launch line-up.

Here They Lie is available on PlayStation 4.