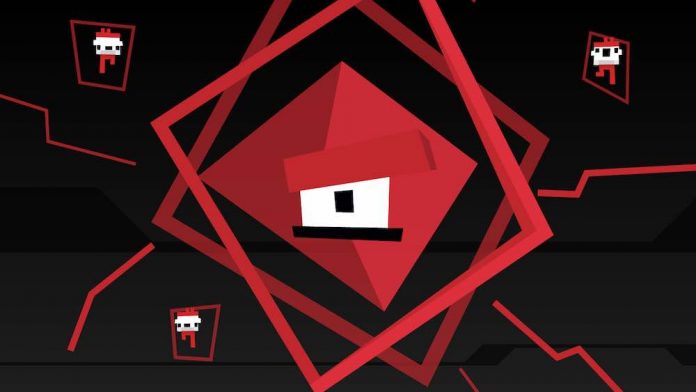 Hopiko is intense. It is merciless. It is bloody fast and it certainly doesn’t hold your hand.

It’s gorgeous and has a soundtrack that sounds like it comes from 8-bit heaven. It is a platformer of a new generation; a game that is smart and exciting that any platformer fan is sure to love.

When you start Hopiko you are thrust straight into the lore: there are creatures in every games console that stop viruses from taking over. Straight away, you take up the role of one of these creatures, tasked with eliminating every virus in the game. Essentially you play a little man that can zip in a straight line to various surfaces, dodging the viruses around you and the abyss that surrounds you. A large virus cluster acts as the finish line in every stage that you must reach to eliminate the virus. The stages are extremely short but come in packs of five. The catch is however that should you die on any of the five stages, you have to start from the beginning.

This may seem extremely unfair, and it indeed feels that way often, but the stages are extremely short so it is more like one longer level broken into five small parts. Each set of five, especially earlier on in the game, tests you in one particular way. It may be the accuracy of your jumps, or your ability to successfully time jumps, for example. I take it as extreme platformer training – something that I am apparently extremely in need of if this game is anything to go by.

To make matters harder, there are time targets for each stage and a missable collectible to be found in every set of five stages. To achieve all five time targets and acquire the collectible is seriously hard and a challenge that really entices you in. 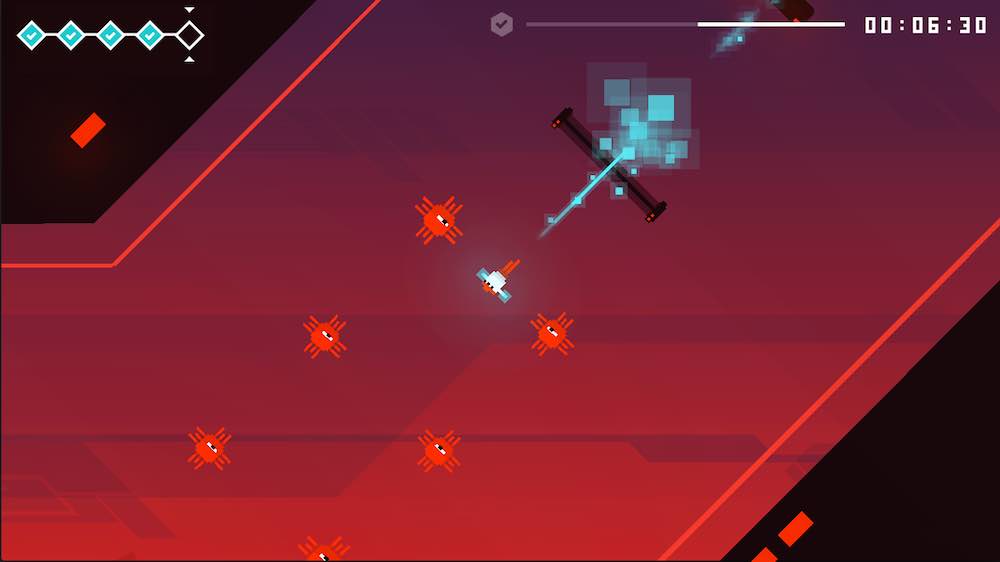 You only use the right stick and R1 in Hopiko. The right stick aims and flicks your character quickly from one platform to another. R1 can be instead used to quickly launch from the platform you are on and go straight. This is a necessity when trying to achieve these time targets that will elude you otherwise. It isn’t as easy as it may sound though; with timing and accuracy being extremely important these simple controls are pushed to their limit. I can’t tell you how many time I launched too early off a spinning platform into the abyss of nothing.

The level design and controls are indeed well-polished, but it’s the amazing soundtrack that makes Hopiko stand out. You can find the original tracks on Laser Dog Games’ website; it is the perfect accompaniment for the game, but even stands out as great by itself – I plan to download the soundtrack to force myself awake when I’m writing those last minute essays and notes! Hopiko‘s visual design is very minimalist and sharp but it establishes a neat game that is easy to find the beauty in. With piercing neon coming through black backgrounds, it creates a smart finish that I personally love.

The only fault that I can see in Hopiko is that it may be a bit too intense for some players. It has an extreme sense of pace and a beat that can be quite off-putting after a few failed attempts. I also believe that it is missing a tiny bit of personality. While Hopiko is extremely polished in every regard and comes across extremely smart, the backstory just doesn’t develop much. Your character is a bit boring and interchangeable, which is a shame as the idea behind the game showed a lot of potential. Still, these are extremely minor points that barely take away from the otherwise well-developed and well-executed game.

Hopiko is a brutally fast-paced platformer that is polished to a high degree. It rightfully boasts its exceptional soundtrack and amazing visuals, and its quick-triggered button layout is well-designed and brilliantly complimented by the level design. Whilst the gameplay may be a bit too quick-paced and intense for some, if you think you’re up for the challenge then Hopiko is a solid, action-packed platformer that will push your limits in ways that its traditional counterparts could only dream of.

Hopiko is available on PS4, Xbox One and PC. We reviewed the PS4 version.