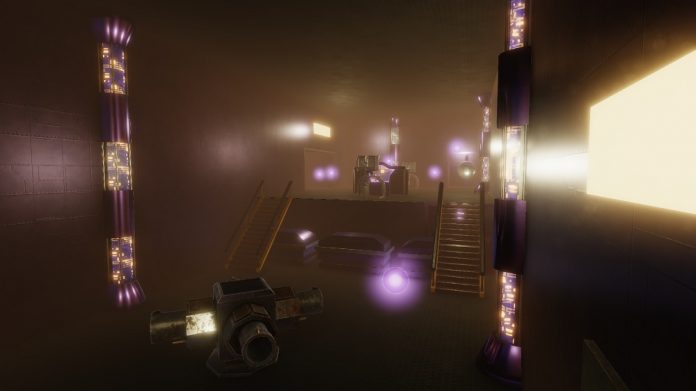 Sometimes games receive a close comparison to other similar titles. Part of the time it’s expected; others, hardly even deserved. Ironguard is one such title where the comparisons are both expected – and very well deserved. From Aegon Games comes a FPS roguelite with bullet-hell-like gameplay. Sounds a little like Tower of Guns, no?

As a roguelike, everything here is randomised. You make your way through three dungeons, with each of the rooms randomly placed – not generated. You begin with a sidearm and a random weapon and along the way you’ll collect random abilities, both active and passive, gain levels – choosing from a random upgrade – and… that’s about it really.

Roguelikes aren’t known for their wealth of content; rather, it’s their strong gameplay and continuously changing playthroughs that keep people returning. Unfortunately for Ironguard, content begins to repeat very, very quickly. There are only around seven weapons overall and you’ll more than likely find two or three in a single run. The rooms themselves are even worse; while each weapon is actually unique and interesting, rooms are bland, generic and boring – and always repeat themselves.

The second and third areas aren’t as bad; they still lack some environmental design, and nothing can help the poor overall visual fidelity but at least they aren’t entirely brown. It wouldn’t be as big a complaint as it is, but this is a roguelike and you will die – meaning every time you want to play, you have to make it back through the first area. It’s unfortunate that each of these rooms are hand-crafted as you can see much more detail in randomly-generated levels of other roguelikes. 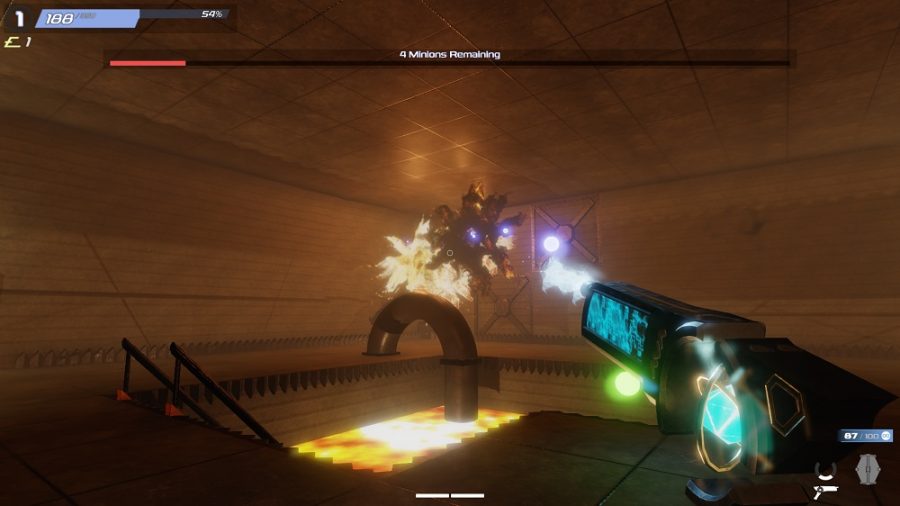 There are, however, some very good ideas in the general gameplay and weapons. Your character moves fast and you have a dash ability which works in all directions. Most enemy projectiles move very slowly and the ground is often littered with traps, forcing you to jump and dodge your way around the level. It can be incredibly satisfying to successfully pull off a jumping dash out of danger. It’s just a shame that many of the rooms are too small and lack any sense of verticality to take full advantage of the movement system.

Each weapon – barring the standard sidearm – has two fire-modes and along with the uniqueness of many of the guns makes each surprisingly fun. During my first playthrough I began with a chakram – a weapon I don’t understand why more games don’t use. Its primary attack allowed me to throw it and it would make its way back to me, meaning that, at the right angle, I could hit an enemy twice. While it’s secondary worked as a small shield which would deflect projectiles back at enemies.

As I continued through Ironguard, I found black-hole launchers and exploding crossbows. Another personal favourite was the beam-rifle; a weapon which had a basic single-shot laser which would build up heat as I used it – too much heat and I had to wait until it cooled down. Any other game would leave it at that, but Ironguard’s secondary fire-mode allowed me to shoot out a ball of energy that became larger and more powerful the more heat built up.

It’s those sort of unique ideas that makes me wish Ironguard’s creators just had a little more technical prowess. There are great concepts at play here in terms of the weapons and gameplay, but the game is unfortunately let down by pretty much everything else. Most notably, not just how quickly content repeats but how little content there actually is. I beat the final (third) boss at the 80-minute mark – on just my third run. There was nothing after, no cutscene, no narrative, no new content; just the credits and the main menu asking if I wanted to play again. 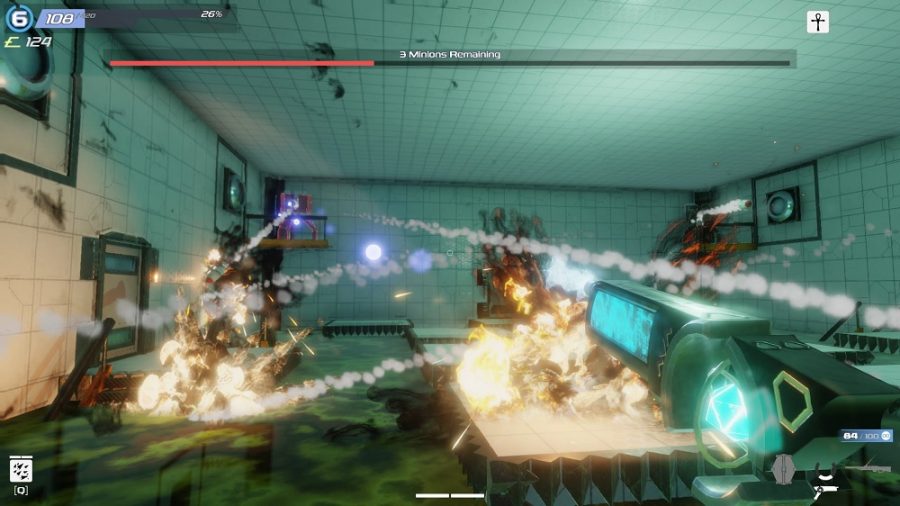 My (apparent) speed at beating the game could be put down to the game’s difficulty – or lack thereof. You never really feel threatened by any enemies you come across; just the bosses. And as with all roguelikes, there is an element of luck to it. I’m sure I wouldn’t have beaten the game so quickly if not for a passive ability I got which slowed all enemies while I wasn’t moving, turning Ironguard into the easiest version of Superhot I’ve ever seen. With more time, talent and content Ironguard could have been something to rival the likes of Tower of Guns, but as it stands, it’s merely a testament that ideas can only get you so far.

Ironguard is available on PC.