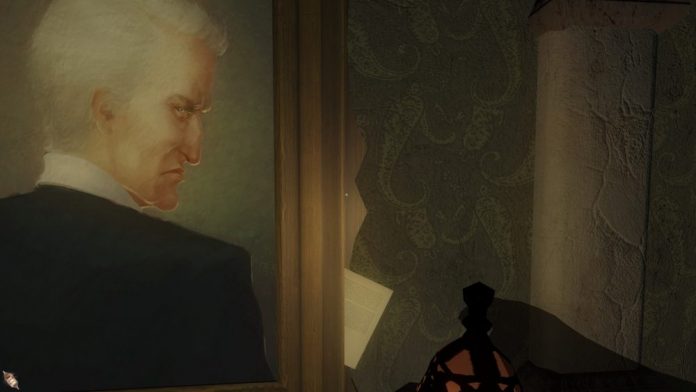 Anyone who is familiar with escape rooms can tell you that they encourage fun, critical thinking for you and your friends.

Last Will builds on this premise and tries to create fun puzzles that make you think outside of the box. Unfortunately, the myriad of technical difficulties and glitches hinder the game’s potential, and ultimately make the puzzles more hit or miss rather than fulfilling challenges.

There’s something fascinating about the setting of old abandoned mansions. Their dozens of halls and rooms make for the perfect setting in an escape room game. Top it off with a recently deceased grandfather who left his entire fortune to you on the condition that you solve all of his riddles, and you have a cliché but interesting setting for a puzzle game. The game’s atmosphere is very reminiscent of Gone Home. It does a good job of creating tension; you expect something to pop out and jump scare you, but nothing ever does.  As someone who really appreciates a good puzzle game, I speak from the heart when I say that there is a lot of potential in Last Will. It’s sure to pique the interest of anyone who has an interest in escape rooms.

You start off the game in the mansion’s parlour, presented with a some riddles and three statues that require the you to spell out three specific words in order to progress, and clues to each of the words are scattered around the room. Each act of the game is broken up into five rooms, each room presenting its own unique puzzle that needs to be solved in order to progress. One room requires you to set the table correctly based on the hints that you find; another room has you arrange playing cards in the correct order to unlock the door. Each puzzle encourages players to think outside the box, but Last Will still offers extra hints in the menu if you really get stuck. A lot of the puzzles are actually very clever and challenging, but for every puzzle that manages to present you with a challenge, there is one that falls flat either because of its difficulty or its lack of intuition. I had some puzzles that I solved through pure chance alone, which usually leads to lack of satisfaction. 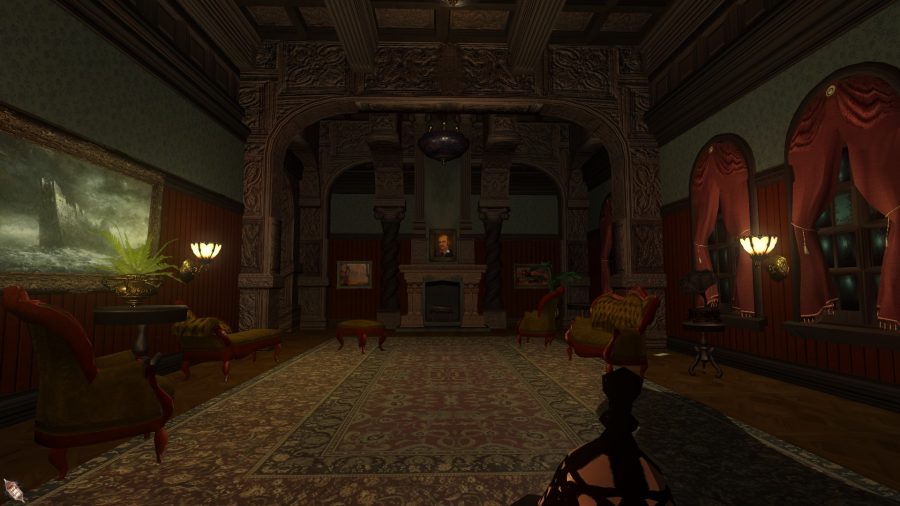 While the game encourages you to solve the puzzles on a timer in the normal mode, you are also offered the option of a casual mode so you don’t have to stress over running out of time. It’s a great alternative if you are someone who likes to take their time solving problems, but the best way to play the game is on casual mode with friends. The game also offers a multiplayer option, so you and your friends can solve the puzzles together. It’s a great break from most cooperative shooter games, and it’s a cool way to polish your communication skills and your ability to work as a group.

The biggest problem with Last Will is the amount of technical issues that plague it; it barely touches the line of what is acceptable in a game’s technical performance. During my playthough, I encountered losing save data, unloaded textures, inexplicable warping and falling out of the game completely. It doesn’t end there though; there were several times that I had to start over completely because clue papers wouldn’t load in or objects that I needed would randomly disappear. There was one time that I couldn’t even play for an entire day because I couldn’t stop spinning around and looking at the ceiling. Finally, one of the funniest glitches I encountered was instead of moving my character’s vision when I moved the mouse, the entire room would rotate on a vertical axis. Sadly, the myriad of issues add up to make Last Will borderline unplayable a lot of the time.

Another disappointing feature is the fact that I couldn’t go back and play any puzzles that I hadn’t completed before. Last Will‘s campaign works by giving you five puzzle rooms to solve per act, but you don’t get the same room every time. The rooms you get are randomly generated from a small pool; in theory it’s a nice idea that you’ll get different puzzles on different playthroughs, but I found it pretty disappointing that I couldn’t just make my way through every puzzle on offer without some random luck.

Last Will manages to create engaging puzzles within a creepy and interesting Gone Home-inspired setting. While around half of its puzzles are challenging and fun, the other half are brought down by numerous technical issues as well as some unfair difficulty spikes. Last Will could have easily been a fantastic puzzle game if it wasn’t for its borderline unacceptable technical performance.

Last Will is available on PC.