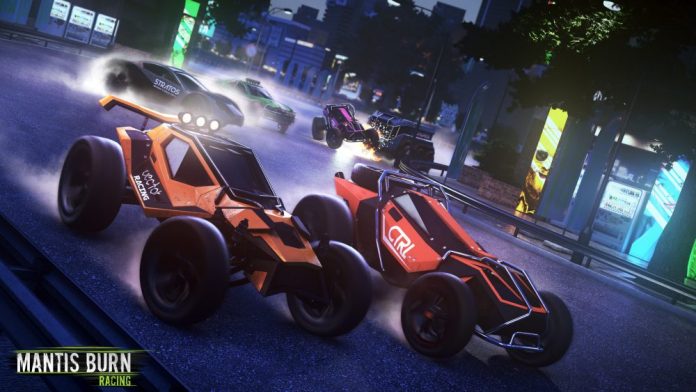 The last top-down racer I played was Grand Prix Rock ‘N Racing, a game that was so unceremoniously terrible, I proclaimed in my review that I’d rather tear out my own eyeballs than play through it again.

Just thinking about it makes me feel a little queasy inside. Therefore, I was understandably a little apprehensive to start Mantis Burn Racing, knowing it was also a top-down racer.  Thankfully, I had no reason to worry. Mantis Burn is much more Motorstorm RC than it is Rock ‘N Racing. In other words: it’s pretty damn good.

Remember Motorstorm RC? If you’ve got a PS Vita or somehow still have a PlayStation 3 that is used for something other than a decorational piece, that’s a game that deserves your time. Probably the best top-down racer since Micro Machines on PlayStation 1, it saw you race wee remote control cars over a myriad of interesting locations. Unfortunately, besides a couple of toy car racing games, there hasn’t been many worthy competitors in recent years. Enter Mantis Burn Racing from VooFoo Studios. It takes itself a little more seriously than a remote control toy car game, but is packed with the same amount of fun and character that you’d expect to find.

Perhaps the most surprising thing about Mantis Burn is the level of depth involved. It’s not just a case of jumping into a race and getting on with it; there’s a fully-fledged career mode with seven seasons to work your way through, with a pretty comprehensive progression structure built in. You can purchase and upgrade your cars as you go, making them faster, more drifty (it’s a word. Honest.) or just paint them a prettier colour if you wish. Each season of your career is made up of a chain of events that need to be completed sequentially in order to unlock the next. There are standard races, sprints, time trials and last man standing type events.

Rather than getting gold, silver or bronze medals, in Mantis Burn Racing it’s gears that spell success. Every event has six gears on offer: usually you’ll earn three for winning the race (or besting the time trial, for instance), and then another three will be up for grabs by completing random tasks as you race. One may be to perform an “awesome” drift, whilst another may be to destroy 10 breakable objects throughout the track. It adds a welcome challenge as well as a reason to return to previous races and tackle the track in perhaps a different way than you would with only the sole intention of winning. 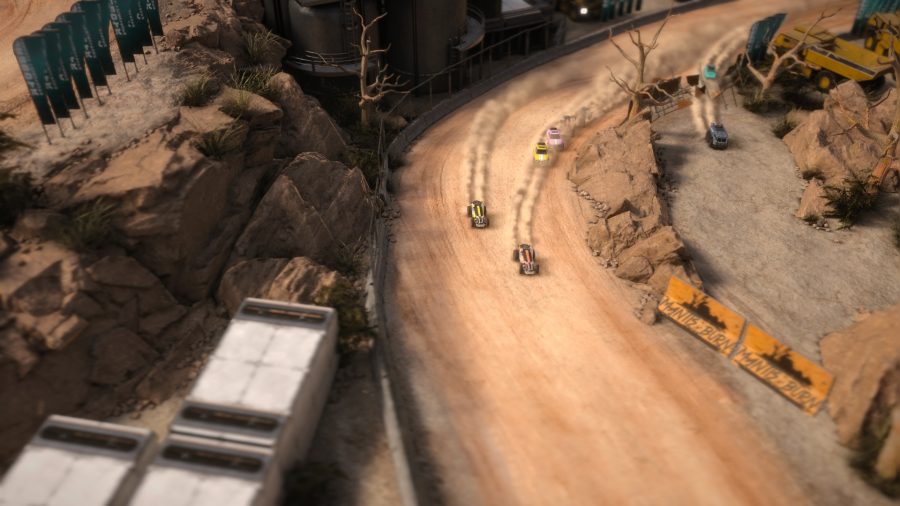 Crucially, the controls and handling of Mantis Burn are spot-on and easy to get the hang of. Handling can make or break a racing game, and thankfully the VooFoo development team have got the balance just right, with controls feeling responsive and vehicles behaving just as you’d expect them to. There are three different vehicle types – light, medium and heavy – and each has its own unique feel when you take it onto the track. Light vehicles are nippy, with a powerful drift ability to cruise around corners, whilst heavy vehicles are slower off the start but are more robust. Each type takes a little while to get used to, but if anything, Mantis Burn Racing feels a little too easy to handle once you get to grips with it; pulling off killer drifts around hairpin corners to overtake your opponents is something you’ll do with ease. Any crash or loss of control always feels like it’s your fault; a mistimed corner rather than an unruly car. Thankfully, the challenge does ramp up as you progress through the career mode, with AI vehicles becoming more aggressive, faster and more eager to win. Keeping your vehicles upgraded is the key to success – as well as being half-decent at sending your cars whizzing around the track, of course.

The single player campaign is the main focus of Mantis Burn, but there are also multiplayer options available, letting you hit the track either against local opponents or online. There are limited options here, but it’s nice to be able to test your skills against real players rather than AI. There is also a weekly challenge that you can take part in. Changing every week between a variety of tasks, the current week’s is to see how far you can drive around a track in seven minutes. Your distance is your score, and you’re placed on a leaderboard against other players. It’s a nice distraction from the campaign, and a great touch for scorechasers who want to show off their driving prowess!

The biggest bugbear of Mantis Burn Racing currently is its abysmal load times. With a game as fast-paced and exciting as this, you want to be able to jump straight into the action. Not so much; each and every race is punctuated by an infuriatingly long two-minute wait, in which time you have a static image of your car to look at and your own thumbs to twiddle. It’s a good job then, that when the game finally does load, it’s a smooth ride from start to finish. Graphics aren’t mindblowing, but they’re pleasant enough and the framerate is solid without any noticeable dips.

There’s a variety of tracks on offer, from the sandy wilderness of the outback to the concrete metropolis of a harbourside city. Unfortunately, locations always feel a little limited, mainly due to the fact that they’re presented to you in blocks. The first three events all take place on the same track, and it isn’t until seven or eight events into the game that you’ll get to visit a second location. It can all get a bit samey; if the order of tracks was mixed up a little, it’d feel a little more dynamic. 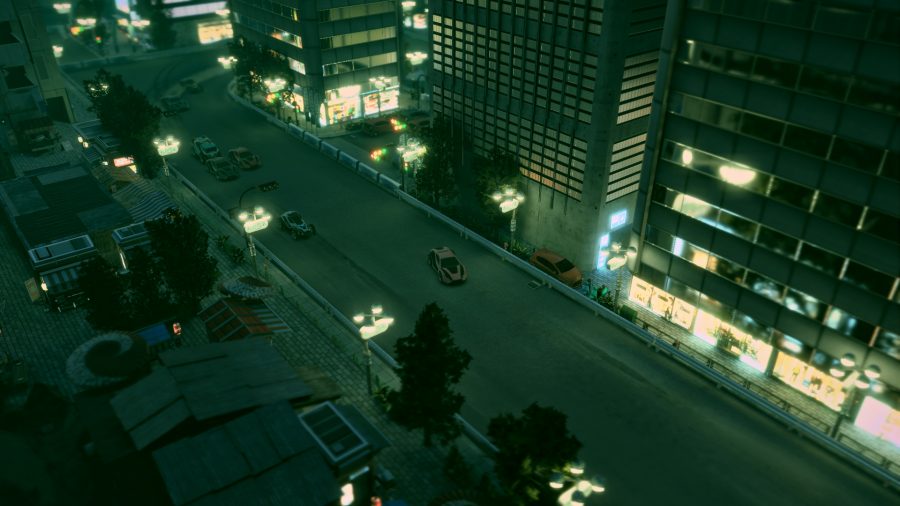 All in all, Mantis Burn Racing is a title you can’t go far wrong with if you enjoy a bit of casual racing. The presentation is spot-on, and the game is effortlessly fun to play with its responsive controls and thoroughly enjoyable handling. Hopefully the loading times are addressed in a patch at some point, because currently that’s the only blight on an otherwise excellent indie gem.

Mantis Burn Racing is available on PC, PS4 and Xbox One. We reviewed the Xbox One version.