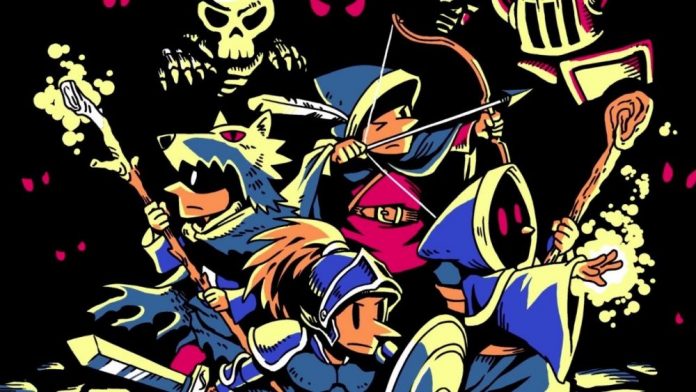 It’s getting to the point now where dungeon crawlers are everywhere.

You sneeze, and another procedural dungeon crawler is released. Quest of Dungeons is another one, thrown into the ever growing pile, that will likely fade into obscurity. Without taking great strides to separate itself from others like it, it never really stands out. There’s fun to be had, just not an entire dungeons worth.

Quest of Dungeons is another of its kind that foregoes a captivating narrative and focuses on combat. Evil guy, took something, infiltrate his lair and destroy him. From then on, the game becomes what it will be for eternity: a strangely built, awkward turn-based roguelike. As mentioned, the dungeons are procedural, as are enemy and weapon spawns, which does allow for variation in runs. But that sensation does not last long, as each battle and each floor washes away into tedious mediocrity. There are four characters to choose from, all having minuscule changes on the core mechanics of the game. The flow of the game will change very little depending on your selection.

You have the standard pick of the litter when it comes to class choice: Warrior, Wizard, Assassin, or Shaman. The Warrior is all close quarters, while the Shaman mixes the Wizard’s ranged magic with the Warrior’s close range attacks. On any difficulty, the Assassin turns the game into a joke with his range allowing for stress-free combat from afar. You can enter a room and safely eliminate all the enemies by only taking a few steps. The Assassin is, due to that, your best choice if you want to see what the game has to offer at length. However, because of how combat is designed, that can be accomplished by any character as long as you’re patient. 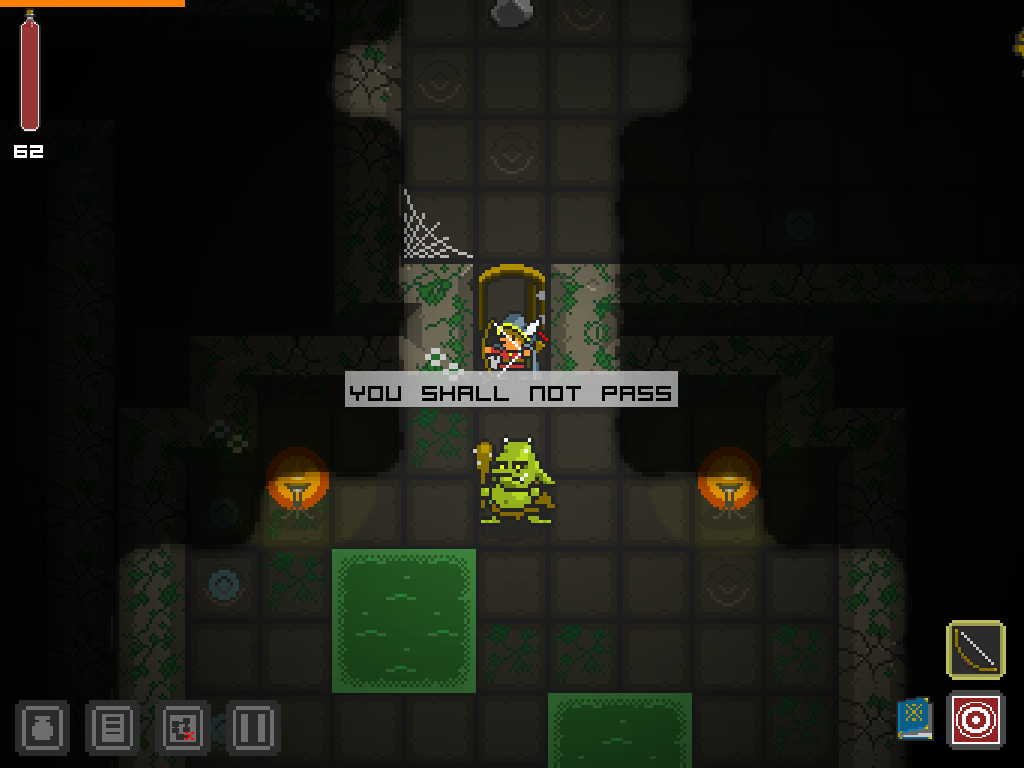 Combat is “turn-based” and health is regenerated by moving around the map. So, you can manipulate this into basically never dying. Although it’s turn-based, enemies can’t (or won’t?) attack you if you just keep moving in a square pattern. Doing this, no matter what, will fill your health to max, allowing you to start attacking again. This allows any character to consistently regain health, without fearing nearby enemies. This mechanic of the game, which feels like how the developers want you to play it, removes any sense of difficulty or urgency when playing. Because of that, Quest of Dungeons never feels challenging, or even rewarding. It’s more embarrassing than frustrating when your run ends in the dreaded perma-death.

Along your journey, you’ll find shopkeepers where you can buy/sell items, abilities, and quests. The quests are simple, usually telling you find this or kill that and giving you the location as well. The worlds which you traverse during these escapades are dreary and uninspired. The color palette rarely shifts, and the sounds are forgettable. The soundtrack, however, has a nice ring to it. Honestly, at times, it was the only thing keeping my attention at all. Boss encounters, much like all enemy encounters, are hindered by the same broken combat system. I hate to say it again, but you never feel pressure while playing the game. The few RPG elements in the game are preset, skill points are allocated for you with general upgrades. Nothing feels unique to you, necessarily.

Quest of Dungeons isn’t a total loss, however. Personally, I think it’s system dependent, in terms of playability. PC, Xbox One and Wii U owners have plenty of better titles to go to, but it isn’t a terrible edition to the 3DS for those who appreciate dungeon crawlers. It’s strenuous trying to enjoy a game that has four difficulty settings that can all be worked around in the same fashion. Still, traps, mob enemies and such can certainly bring your run to a premature ending. There are a few surprises that allow for some good gameplay moments, but they are sparse. Most of the time it just feels empty, which leaves you not wanting more. Games like this need to stand out and create their own identity, because it’s a genre dominated by big names and an excessive amount of titles.

Quest of Dungeons is available on Xbox One, PC, Wii U and 3DS. We reviewed the 3DS verison.