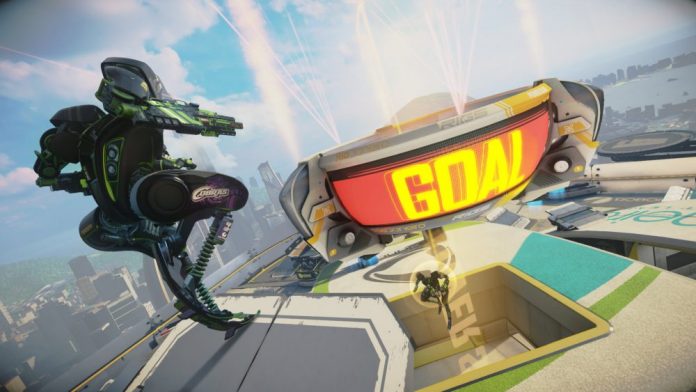 PSVR is upon us.

Among its somewhat ample launch titles is RIGS: Mechanized Combat League. One of the most fully fleshed-out titles available, RIGS is basically a FPS; hop into your mech and enter an immersive VR experience. Online and offline, this title shows the promise VR has in this industry. If you’re part of the early stages of PSVR, this game is worth exploring.

Ever since VR gaming was announced, I was consistently on the fence. I was worried about motion sickness, lack of graphical capabilities and frame rate troubles amongst other things. I thought how weird it would feel without a controller in my hand. Even after playing through a few demos after picking up my PSVR, I still wasn’t sold. However, after watching the intro video for RIGS, I was sold. It may not be perfect, it may have flaws, but the game has sold me on the idea that gaming can thrive within VR. It helps illuminate the possibilities that lie ahead for all developers working on VR titles, and it’s promising.

RIGS: Mechanized Combat League functions like a FPS at its core, with a little bit on competitive sports mixed in. You’ll get pulled through a tutorial that presents the basics of movement, control, and abilities used in matches. There are four types of Rigs you can pilot, each offering unique advantages to the game. After the tutorials, you’ll be able to purchase a more advanced Rig outfitted with better weapons and inherent abilities. These advanced units are set up into groups (or teams), each team having innate abilities for all Rigs, like health regeneration or life steal. There’s a Rig for any basic playstyle, from big, slow bruisers to light, agile hunters. Once you feel comfortable with the mechanics and your Rig, then it’s time for action.

Offline mode allows you to select a team, two teammates, and begin your climb up the professional ladder in season. Your teammates will range from beginner to expert, but the better they are, the more shares of your winnings they receive. It’s best to balance your team with big and small Rigs, and a full range of long range and short range weaponry, therefore covering all bases. Throughout your season you’ll engage in all three of RIGS game modes: Team Takedown, Power Slam, and Touchdown. Team Takedown is straight team deathmatch, while Touchdown is akin to American Football. Power Slam engages the Overdrive function, forcing players with Overdrive to dive through a centralized ring in the arena. All games are extremely intense and exhilarating. RIGS captures the excitement and atmosphere of competitive sports perfectly; the energy in each match is palpable. 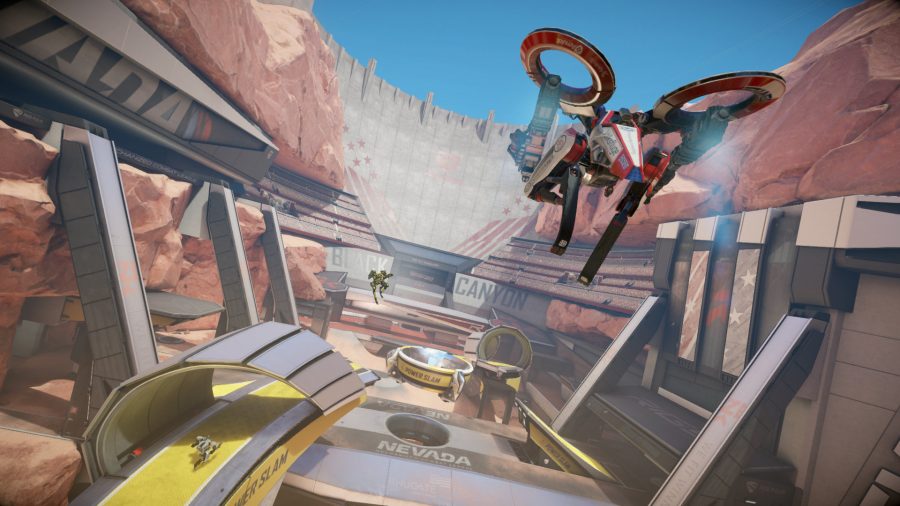 Alongside balancing your team, you’ll also be keeping up with sponsorship deals and fame levels. You can acquire sponsorship challenges both online and off, and earn new cosmetic rewards for completing them. Winning matches and continuously performing well will increase your fame, or up your rank (tier) in multiplayer. One issue you’ll face in offline mode is a hyper-aware, extremely quick AI system. The AI in the game seems to move and change direction at a heightened pace compared to you. The quickest way you might feel queasy in this game is moving your head around constantly following the AI. In online mode you won’t feel disadvantaged at all, however. As long as your loadout suits you, and you remain calm, the matches will be nothing short of amazing.

There is a bevy of weapon choices available to you. Some Rigs will have the same weapon on each side, while most will differentiate. There’s all your typical and non-typical choices like laser beams, guided missiles, machine guns, and pulse cannons. You can also melee enemies, a move that will also strip the ball away from opponents in Touchdown. While the continuous head moving might become a problem, you can default to analog directional control. I tried that, but it felt like it was taking away from the experience. Moving around and actually looking for your target, while dodging gunfire and map elements is an adrenaline rush. The anarchy that ensues right in front of your eyes in enough to make your jaw drop. RIGS will definitely make you sweat.

You can also alternate between three given stat boosts at any time in a match. You can have increased speed, increased damage, or repair your Rig. The repair function isn’t a boost as much as it is a necessity, as you can’t regen health any other way unless using a specific Rig. Balancing when and how you use these abilities can mean the difference between winning and losing. Racking up kills and points will also charge your Overdrive. When Overdrive is active, all three stat boosts are activated until your Overdrive runs out. It’s a great time to make some offensive pushes, or go for the goal in Touchdown. 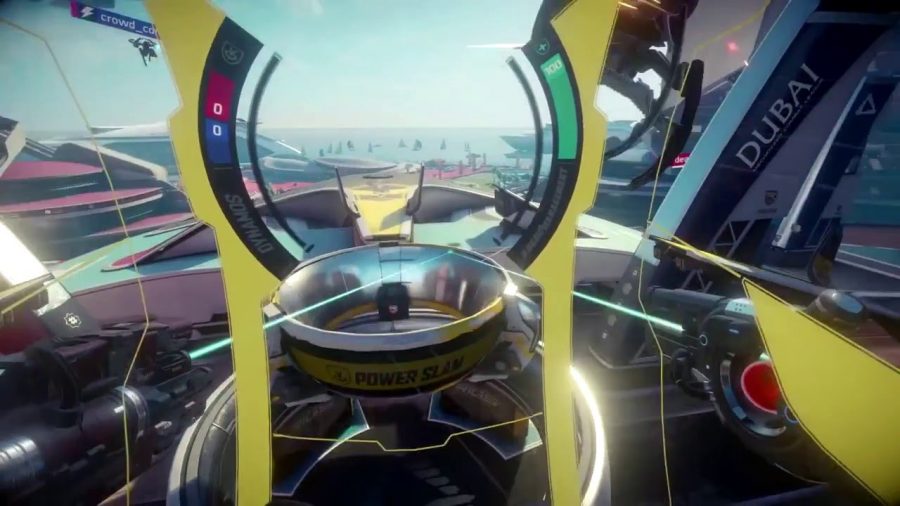 Graphics are some of the best, considering all the motion, effects, and other competitors, available on PSVR. The announcers, the ambience, and the crowd create a stunning sports environment that turns all the excitement and intensity up to eleven. While RIGS is a bit sparse on content, those with a competitive spirit will find little wanting with this one. It can truly turn some non-believers around on the whole idea of VR. RIGS showcases the grandiose nature of VR, and the insane worlds it can create. I for one have been sold on the future possibilities, based on what I’ve seen here. Strap yourself in, take a deep breath, and watch your back. RIGS: Mechanized Combat League is one hell of a ride.