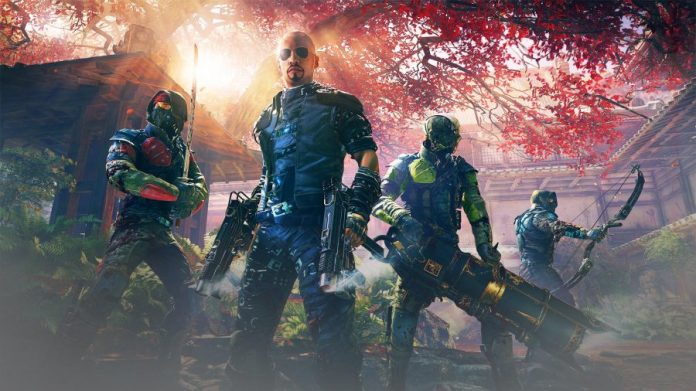 If you asked 10 year old me to come up with a video game, Shadow Warrior 2 is probably pretty close to what I’d suggest.

It’s the sort of game that your grandparents think all video games are; full of death, buckets of blood and a load of swearing. At it’s core it’s a loot driven, heavily stylised first person shooter; the exact genre of game that I thought I’d had enough of after the Borderlands series. However, Shadow Warrior 2 proves – in an incredibly gory, stupid but extremely fun way – that there’s still plenty of life in the genre.

In Shadow Warrior 2 you play as Lo Wang, super human ninja who will seemingly do anything for money. The story isn’t anything special: you’re tasked with saving the daughter of a Yakuza boss from an experiment she’s about to be the subject of. As in video game tradition, the experiment goes pretty badly wrong, and you end up with her soul being grafted onto yours. Basically she becomes a voice in your head that only you can hear. This situation makes for some pretty funny banter between the two characters, but the whole situation becomes pretty tiresome pretty quickly, and at points I completely forgot what I was doing in the grand scheme of the story.

The game also takes on a tone of pretty childish humour; it’s filled with jokes that even 10 year old me probably wouldn’t find funny. Sure, the first dick joke was pretty funny, and maybe the second… but come on, after 100 dick jokes it just gets annoying. Oh ha ha, the main character’s name is “Wang”, I get it, let’s move on now. Add to this the pretty shoddy human NPCs that look their worst during cut scenes and you have a pretty forgettable story. This isn’t really a problem though, because Shadow Warrior 2 isn’t so much about story as it is about stomping through level after level slicing every single thing you see into tiny little pieces. And does Shadow Warrior 2 get this right? Yes, yes it does.

The combat is absolutely excellent. You’re given near complete freedom to shoot, slice and explode enemies whichever way suits you best. There’s a very clear emphasis on movement; you can dash using the shift key and double jump with space. These two simple abilities both feel great to use individually, but when used together allow for some incredible action movie fights which feel amazing to play. The movement is also very very fast; think this year’s DOOM – but on steroids. 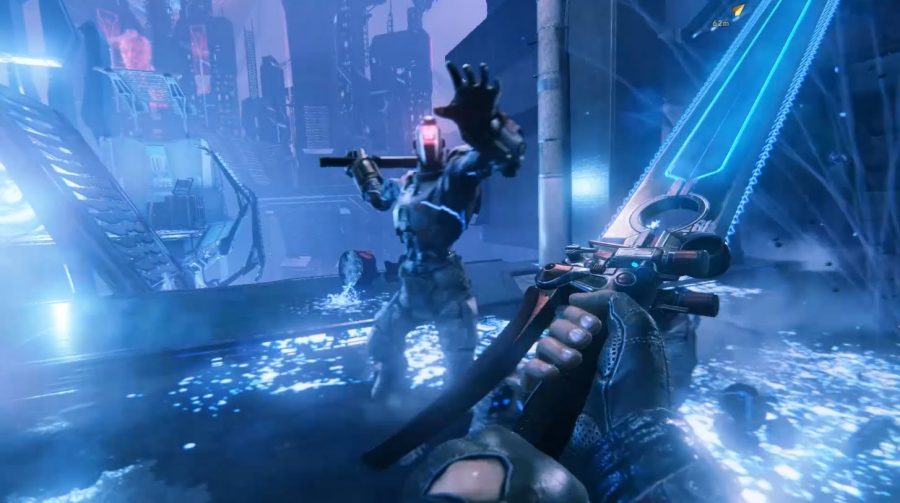 The best fights come in congested areas. One particular moment that stands out during my time with Shadow Warrior 2 was a battle on a narrow bridge against about 20 Yakuza. After I took out a few of the low-level Yakuza I switched attention to the slightly tougher enemies all huddled in the centre of the bridge. I dashed into the middle of them, used one of my many abilities to shoot some spikes up out of the ground through each of them, leaving my enemies impaled in mid air, and slashed in a circle around me with my katana, cutting each one in half at the waist. The bridge that was once wooden and brown is now coated in red. Excellent. The ability to dash around each enemy individually and slice them to pieces using the wonderfully hilarious procedural gore system is endlessly satisfying.

As well as being brilliant at surface level, the combat system also goes very deep. You have the ability to swap upgrades in and out on each of your weapons, changing things like the damage type they do or the amount of bullets your guns have in each clip. It works, but can often feel like busywork, something that you never really want to have to do in a game. For people who are really into seeing the numbers go up each time they get a new weapon or upgrade, you’ll love it. For people who find that tedious, not so much.

The missions themselves are generally pretty good. The developers have included a small amount of random generation in each level to make them feel fresh on each play through. This is a really nice idea and works to a degree. The problem that this causes is that in some levels the generation can make them feel somewhat aimless, not really giving any clearly signposted goals or objectives. Also, in some cases the missions structures felt incredibly similar; on the brink of repetitive. That said, with a combat system as good as this, that’s not a massive issue – especially when some of the side missions had moments in that I found genuinely pretty funny.

The visuals in the game are pretty damn good as well. From the interesting locations, all beautifully lit, to the extreme procedural gore system, which is both wonderful and hilarious. Everything is optimised great, and it ran beautifully on my i7 and AMD R9 390. After what feels like an avalanche of shoddy PC ports in the past few weeks, both this game and the recent (and brilliant) Gears of War 4 port feel amazing to play. 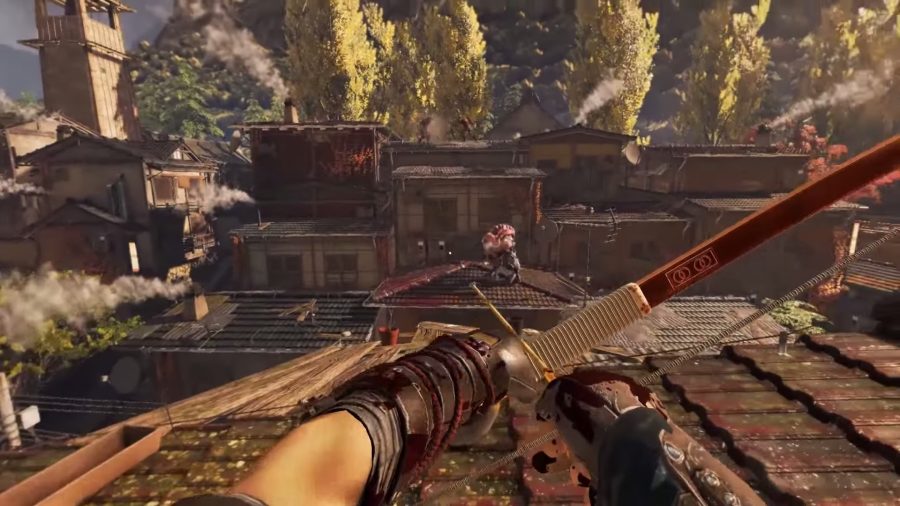 Overall I enjoyed my time with Shadow Warrior 2. Even though I found the story and tone of the game to be fairly abrasive at times, and the level generation system has a few minor issues, the combat does more than enough to keep me coming back to the game. The loot system feels like it’s been done before, but it serves its purpose well and is compelling enough to make me excited to find that next weapon and test it out. Shadow Warrior 2 is the sort of game I play to blow off some steam, sit back, relax, and chop thousands of enemies into thousands of pieces.

Shadow Warrior 2 is available on PC and coming to consoles next year. We reviewed the PC version.