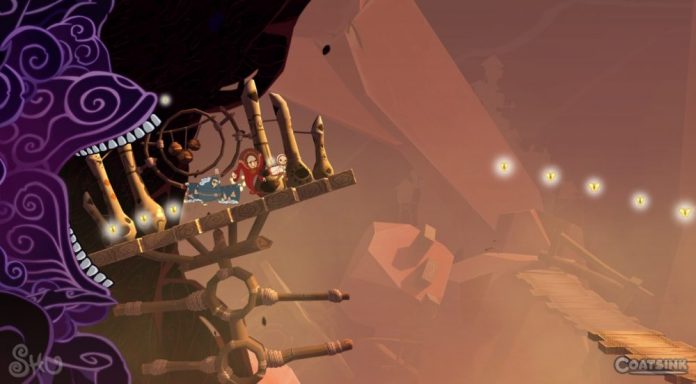 Ever since I first clasped eyes on it back at EGX 2015, Shu has been firmly on my radar.

The demo available at the time was nothing more than a speedrun through one level, but that was all it took to get me excited for the release of the twee, colourful platformer. Truth be told, I was so enamoured from the demo alone I was nervous to finally get to play the full game; rarely do finished products live up to lofty expectations. Thankfully I needn’t have worried, because Shu is nothing short of a joy to play.

From Coatsink and Secret Lunch, Shu is a classic platformer stuffed with character, reminiscent of the likes of Rayman Origins. Taking control of the titular Shu along with a vibrant cast of friends, it’s a journey across five distinctive levels, each with three stages, with a primary goal to outrun an evil that threatens to take over the world. Nothing too dramatic, then.

The first thing that will strike you about Shu is just how beautiful it looks – indeed, its art style is what first captivated me when I laid eyes on it over a year ago. The cast of kooky hand-drawn characters are instantly loveable, and the range of vivid, imaginative locations on offer become more inspired and charming as you progress. It’s all complemented by an understated, but nonetheless engaging soundtrack that does a stand-up job of building tension and excitement in all the right bits.

And there’s tension and excitement in droves, too. Shu starts you off gently, luring you into a calm and tranquil level where you’re free to roam at your own pace, soaking in the beautiful visuals. There are plenty of collectibles and secrets to uncover in every stage, so taking your time pays off. Another homage to Rayman comes through here, with glowing lum-like butterflies littering every inch of the level, and six colourful creatures – known as the wonderfully Yorkshire term “babbies” – are hidden in plain sight, waiting for you to rescue. There’s not always the opportunity to take your time, however; bereft of any kind of combat with no enemies roaming the map, the peril in Shu comes in the form of a malevolent evil that occasionally rears its ugly head, poised to chase you across the level. With your only warning being a sudden change in music and a large “RUN!” pasted across your screen, you’d better do as it says lest you get devoured by the dark purple cloud and thrown back to the last checkpoint. 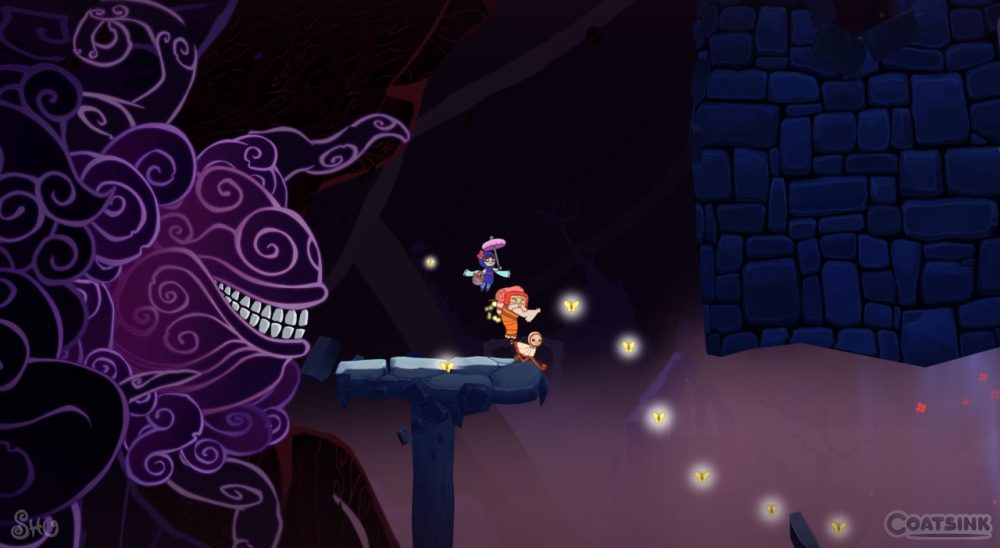 With no other kind of enemy to be found in each level, you may think Shu might verge on being boring – but you’d be far mistaken. Sure, it’s an unusual choice for modern platformers not to have some form of combat mechanic in place, but in the case of Shu, it’s not so much an omission as it is a deliberate and well thought-out design choice. The layout of the levels and the wealth of skills on offer to Shu and each of the villagers you meet along the way means that traversing each stage is never just a monotonous case of running and jumping. Each villager has his or own special skill, and when in their company, Shu inherits that skill. Alone, Shu can glide over large gaps, but with a particular friend by his side, he gains abilities such as double jumping, floating through wind and slowing down time. These skills come and go throughout the game, depending on what companions Shu has alongside him, and it’s a unique way to constantly keep gameplay feeling fresh.

In terms of execution and gameplay, Shu is near enough perfect. Not once did I encounter any glitch or slowdown; from start to finish, Shu was buttery smooth – and an absolute pleasure to control. If I may make a bit of a confession, I’ve never been a massive fan of platform games. I’m not the most patient person in the world, and games that measure my success on little more than my non-existent ability to accurately time jumps often go down like a lead balloon. It’s an absolute testament to Coatsink and Secret Lunch then, that Shu kept me enthralled from start to finish in one sitting. Challenging enough without ever being too difficult, Shu has a unique and welcome checkpoint/retry system. Rather than having a running total of lives, every checkpoint refills you with five lives, giving you five attempts to reach the next checkpoint. Should you fail to reach the next checkpoint, it’s game over and back to the start of the level you go. Thankfully, the checkpoints are very generous so a game over is a rare occurrence. Even on the trickiest parts, Shu never feels like it’s working against you; you have all the tools readily at your disposal to succeed, and any failures are easily put down to your own misstep. 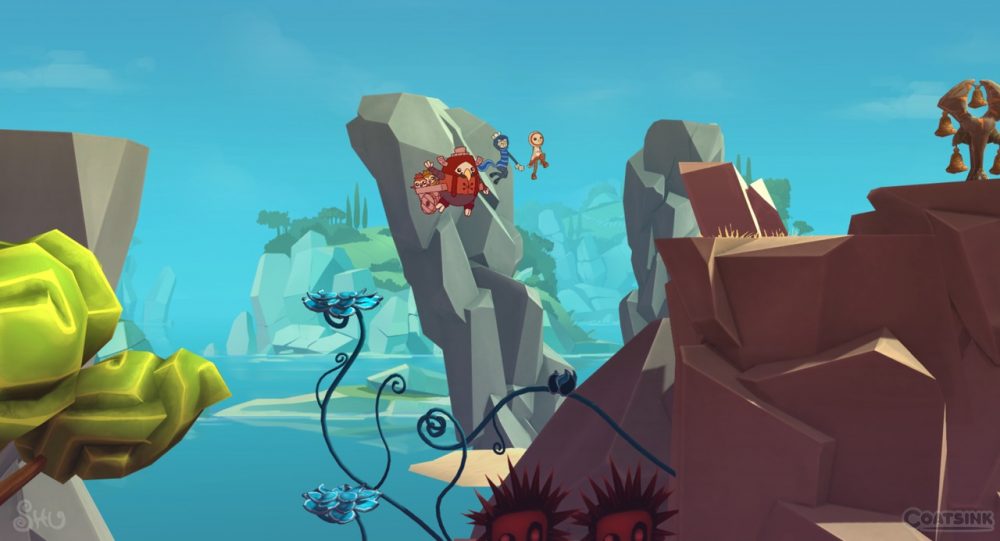 Without giving away any spoilers of what’s to come, the last level of Shu is by far one of the most exhilarating ten minutes of gameplay I’ve experienced in a long while. Taking on board all the skills you’ve previously learnt to use and mixing in environmental elements from each area you’ve travelled through, the last level is perhaps the highlight of the game. The friends you’ve met along the way drop in and out, regularly mixing up your skills, meaning you’re constantly on your toes, having to remember what ability does what, and which parts of the environment are set out to hurt you. It’s a tour de force of excitement from start to finish.

The only negative I can think to bring to the table is Shu‘s running time. With sixteen stages in total, it took me little more than a couple of hours to reach the credits. It’s a shame, because a game so beautifully crafted inevitably leaves you wanting more – but it’s this very attention to detail that means Shu‘s short stay can be forgiven. Had it been stretched out, the same level of quality may not have been attainable, and I don’t know about you, but I’d much rather play a few hours of something that’s near perfect than 15 hours or something that’s mediocre. That said, for the scorechasers and completionists amongst us, Shu has bolstered on plenty of replayability in the form of speedruns and those afore-mentioned collectibles. It’s highly unlikely you’ll get everything on offer in one playthrough, so you’re free to play back through the levels in any order to get anything you missed.

Shu is the ultimate benchmark in what an indie game can be. Games made in a small studio with a small budget are often tainted with a stigma of being sub-par just because they weren’t made under AAA conditions. Let Shu be an example to contest that. With perfect controls, a unique and totally enthralling gameplay system and a gorgeous visual style absolutely dripping with charm, Shu is undoubtedly the best platform game of recent years – AAA or otherwise. Do yourself a favour and give this gem a go; it may just be the best £10 you’ll spend this year.

Shu is available on PC and PS4. We reviewed the PS4 version.