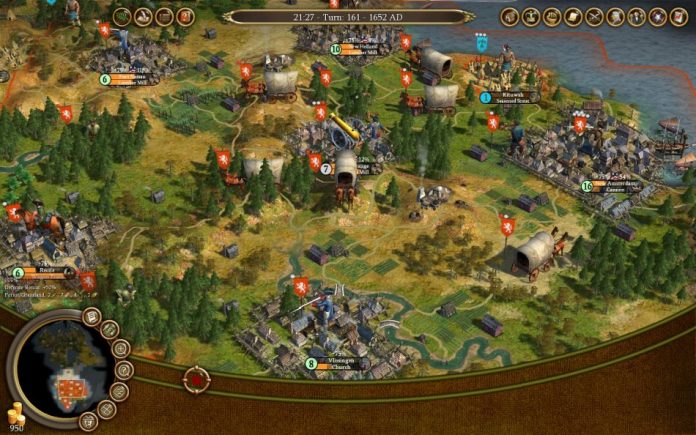 Strategy games demand patience and force the player to plan every move meticulously rather than just click in rapid succession. That’s one of the reasons why such titles are usually restricted to PC gaming. It’s hard to find a good online strategy to play on your phone – hard, but not impossible.

From the earliest days of the PC revolution, games based on a strategic buildup of forces and contest for limited resources represent one of the most popular forms of electronic entertainment, especially for those of us that like a bit of a mental challenge. Titles from this group include some of the best-grossing games of all times, such as the ongoing Civilization and Warcraft franchises or revered classics like Panzer General and Age of Empires. With such a large pool of worldwide fans, it is no wonder new products are launched regularly, with a lot of browser-based strategy games arriving to the market in recent years to challenge for the piece of the pie.

Traditionally, strategies are divided into two large groups: turn-based and real-time. The difference is mostly derived from the system that governs how players interact, either waiting for each other to finish their moves before responding or sending their commands simultaneously. In the first case, the process can get time-consuming and extend the game beyond pleasurable timeframe, particularly if you are playing against live competition. On the flip side, real-time battles can often be decided by an untimely technical glitch or a simple distraction that prevents total efficiency. In other words, strategies are rarely played casually and only the most dedicated players can hope to master them fully, thus limiting their commercial potential to a certain extent.

That’s an issue game developers have been trying to solve for decades, trying out concepts of varying complexity in a bid to attract a broader customer base. It’s a tricky job, since making the game too simple would turn away the die-hard crowd while the loyalty of newly-acquired casual gamers can’t be counted upon once the novelty factor wears off. That’s where things get interesting with strategy games that are primarily intended for online play: they have to be rational with gameplay development due to technical constraints and this usually translates to operational simplicity with a moderate dose of visual flash. In the era of instant satisfaction and short attention spans, such a formula might be preferable to elaborate world-building that requires a killer graphic card and a large screen to be enjoyable.

From user perspective, spending 15 minutes to manage your empire while you also keep an eye on a few other browser tabs is not a huge investment. Most importantly, it can be done while maintaining a busy schedule, something that was next to impossible with old-school, desktop-based strategies that demanded many hours of highly focused effort. Even the most fanatical players are conscious of the time they earmark for gaming, so they might be tempted to try online strategy games if the story is compelling enough and the tactical element has some depth. A new breed of strategy games might even try make the best of both worlds, providing full functionalities for the desktop version while also allowing mobile play in some shape and form.

So far, few mobile-oriented strategy games have matched the success of the early genre powerhouses. However, this niche market is constantly expanding and overall quality of games is definitely on the rise, so it is only a matter of time before a browser-based strategy becomes a global hit. When you consider that many online strategies are free-to-play or freemium-based, it’s not a stretch to imagine a well-conceived title breaking one of the last barriers that still remains from the pioneer years of gaming.