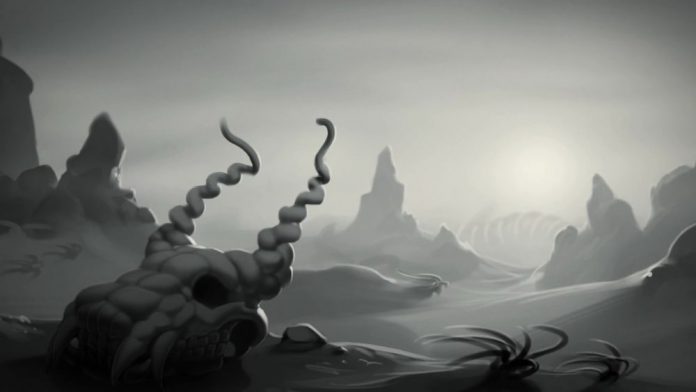 In RTS games there are so many elements to think about and control at one time that everything ends up being a big jumble in my head, resulting in a lot of random hopeful clicking. When a game is very well made however, I don’t usually have this problem. An easy to understand tutorial and game design is all it takes to make RTS games slightly less overwhelming. The Hive, from Skydome Entertainment, does a lot of things very well but I still found myself confused more often than not. I absolutely loved its intro story and the environments, but the gameplay itself fell a little short.

The Hive is a fantasy RTS game with a very rich storyline. Taking place around the year 2178, a huge apocalyptic event has caused Earth’s people to be forced into cryogenic sleep in order to survive. As they awake from their sleep, the survivors set out to find a suitable new planet to live on and finally came across a new place to call home. What the humans don’t know is that underneath this new planet are a species of bug-like creatures ready to explore the unknown. These creatures are what you control and build up in the game, and this underground space is where the game takes place.

The beginning of The Hive, and frankly the majority of it, was a little underwhelming. The game starts out with this fantastic, over-the-top intro about every person on Earth working together for the first time in order to make it through this apocalyptic event and then, all of a sudden, you’re playing as “the hive” which really seems to not have much correlation with the introduction other than them all being on the same planet. It goes without saying that it was disappointing for The Hive to have a really intriguing introduction followed by pretty lacklustre gameplay.

The gameplay mechanics for The Hive are seemingly simplistic but also hard to master and understand. At the beginning, you simply control one creature, a “worker.” After building your first hive your worker has to collect food in order to create more workers. When the workers collect enough food, you can begin to make different kinds of creatures including hunters and legionnaires. As you build up your army of big bugs you can set up attacks to help move on in the mission. Once you have a big enough army and you defeat the enemies on the level, you move on to the next, but not until after spawning your Hive queen into the game who is a beautiful sight to behold indeed. While making building up your army you have to keep track of your food, minerals, population, and DNA which are what keeps everything running smoothly. Those are all of the main mechanics: kill, collect, spawn and attack, and it all becomes squished together in a way that becomes confusing and makes it hard to keep track of what’s going on. 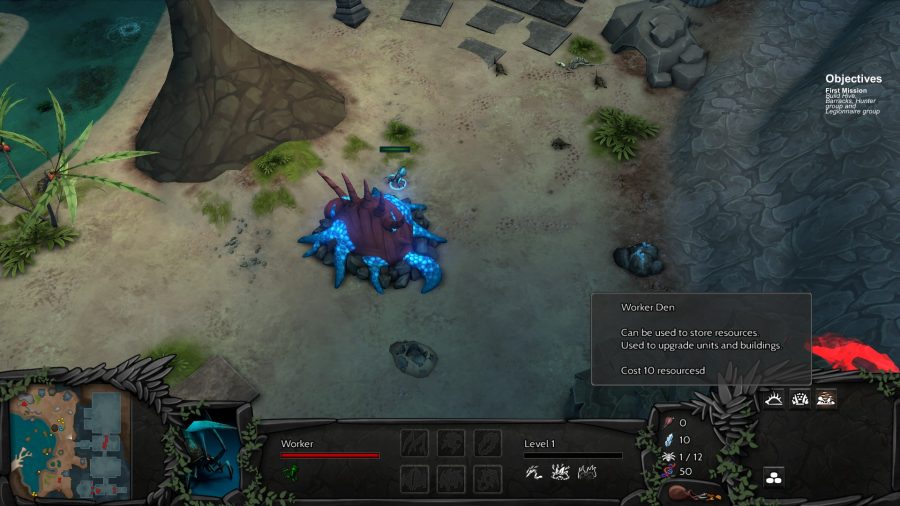 Now, it’s pretty obvious that The Hive didn’t make a great first impression on me, or rather it made a really great first impression and a sad second impression, but this doesn’t mean that I’m unable to recognise all of the great things that it has going for it. Firstly, the graphics are some of the best that I’ve seen from an RTS. The first world/level that you’re dropped into has small little puddles all over the place that are home to what looks like entire ecosystems of fish and sea plants. It’s these small details that make the game uniquely gorgeous and interesting. It’s easy to see that the creators put real thought into the world that your build your hive in. Level 2, called The Tomb of Ara’desh was just as beautiful as the first and looked as though it could be the ruins of an old Egyptian temple. Details like these are what make the game stand out to me, especially since the majority of my time spent playing was filled with me being confused and not sure exactly what I was doing – but at least I could enjoy the scenery while I did it.

One of the biggest problems that I had with The Hive, apart from the game mechanics which I found confusing, is that the game still feels like an early version rather than a fully complete game. I came across glitches and issues one too many times for a supposedly finished game. For example, you can zoom the camera in and out to get closer views of your army or further looks at the entire map but more than once when I zoomed in, the game wouldn’t let me zoom back out. Additionally, when one of my workers would loot a box, they would often get stuck “underneath” it. I could no longer click on my worker after they’d opened the chest. Actually during my first game, I had my very first worker get stuck “under” a chest, forcing me to completely restart since I couldn’t continue. It’s little things like this that make it seem like perhaps the game was released a little bit too early and could have had many positive things done to it with a few more weeks in development.

I’m sure that The Hive is a game that many experienced RTS lovers will enjoy due to its compelling story and fantasy world, but it simply isn’t a game that’s suitable for newcomers to RTS games – and that’s where it falters. It’s important, in my opinion, that games always have a sort of crossable threshold for beginners, whether that be a tutorial to help them understand all of the controls and ideas, or simply just a “hint” button that could aid them as they get started. With that in mind The Hive could become much more “beginner friendly” in the future. As I said, if you’re a fan of RTS games, the world of The Hive may be worth visiting; there’s definitely something there for some to enjoy.

The Hive is available on PC.