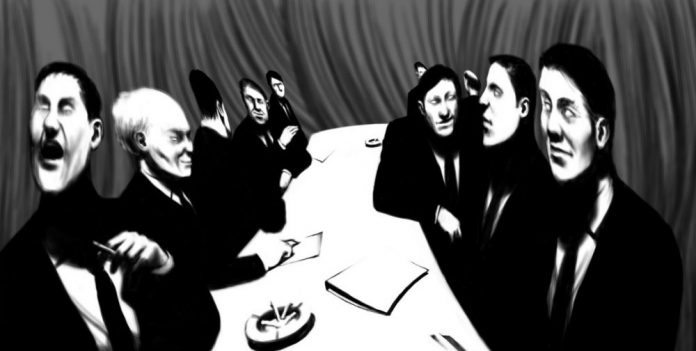 For many fans of Suda51, Killer 7 and No More Heroes were their first introduction to his work.

With an extensive catalogue of stylistically unique games, the Japanese game developer has gained quite the reputation. Yet his early worked seemed to be an enigma for many of us in the west, with many titles being far out of our reach. For The Silver Case specifically, we didn’t know whether to wind a watch or bark at the moon once its Nintendo DS remake was cancelled. However, with help from Active Gaming Media, Suda’s classic game has finally made its way to a wider audience.

It’s hard to describe what The Silver Case is to anyone unfamiliar. The first game created by Suda51’s studio, Grasshopper Manufacture, and the second game in his unofficial trilogy, in the simplest of terms is a neo-noire visual novel/adventure game. Developed with a tight budget, the studio created the “film window engine”, where a combination of illustrations, FMV sequences, 3D rendered spaces, and in-game dialogue together tell the story of the game. It’s a system that, at first glance, is demonstrably difficult to understand, so much so that the game openly admits it. It’s a hard recommendation to make, given that it took me three playthroughs of the game’s opening mission to get a firm understanding of what was going on. However, once you learn how to work with the game’s antiquated design, the wonderful weirdness to the game will be a thrill to behold.

Taking place in the fictional pseudo-city of the 24 Wards, The Silver Case revolves around a string of murders by a mysterious serial killer who had thought to have been dead. Consisting of two separate storylines, it gives the game a unique dual perspective on events. The first scenario, known as “Transmitter”, involves the actual investigation of the murders while “Placebo” has you work as a journalist following the events from the sidelines. While Suda himself wrote the former story, which in many respects can be considered the game’s main plot, the latter was written by Masashi Ooka and Sako Kato, giving both scenarios distinctly different tones.

The story of The Silver Case is an eccentric and confusing mystery, dipping into the supernatural on occasion. It’s filled with the same sort of weird, offbeat thinking you’d expect from a Suda51 game, sometimes defying logic altogether. The game naturally has you reading giant amounts of text, forcing you to make your way through the abstract and unclear dialogue, a task that is difficult in and of itself. Sociological questions about mental illness and crime, unethical romantic relationships, and mysterious world building all combine into a game that demands you to think in ways many others do not. Like how James Joyce’s Ulysses is next-to-impossible to understand upon a first reading, The Silver Case works similarly. Perhaps not in the same high-brow and pretentious way that Joyce’s masterpiece does, but all the same presents its narrative through a similarly impenetrable wall of word-jargon. While the comparison may be a bit blasphemous, it’s nevertheless appropriate. It’s not thanks to some sort of bad translation work that The Silver Case‘s language is so mystifying, mind you. The original, which relied heavily on Japanese-language based puzzles and quizzes, was no doubt a hurdle to translate into English. Active Gaming Media have somehow expertly recreated most of the game to work for global audiences, excluding a few poorly explained scenarios. 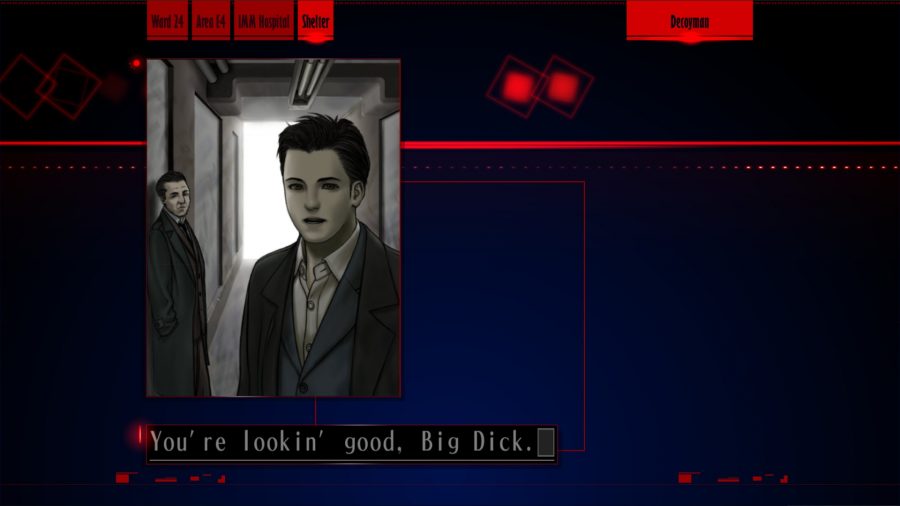 While its dialogue can be a hurdle to understand, The Silver Case‘s gameplay is another story altogether. Your movement and interaction with the world is extremely limited, thanks to the game’s “film window engine”, making almost everything in the game accessed through its radial menu window at the corner of the screen. You have four options of interaction: move, observe, save, and “implement”. Movement feels similar to and old-school dungeon crawler as you walk in four-directional grid. The clunky and prohibitive way it forces you to experience its world feels robotic and distant. More importantly, it feels completely out of place in the current gaming landscape. No doubt it will be a difficult challenge for anyone accustomed to modern games to grapple with its most basic elements. It’s something even Suda51 acknowledges, pointing towards the original’s unfortunately small budget and Grasshopper’s necessity to work within their limitations.

Yet for all of The Silver Case‘s shortcomings, it has an incredible sense of atmosphere. Even though the game’s mechanics make its world seem distant, the remade engine makes up for that lost ground. Oozing style, the game has a surreal retro aesthetic without going overboard. Undercut by the remix of the original soundtrack by Silent Hill composer Akira Yamaoka, the entire game’s aesthetic bounces between hilarious and terrifying. On occasion, The Silver Case can feel like a horror game, putting you on edge with its presentation alone.

It’s hard to categorically call The Silver Case a “good game”, in the traditional sense. It’s mechanics are out-dated by more than a decade, its story and plot are hard to understand, and it feels out of place in every moment. At the same time, however, it uses those detractions positively. It’s a testament to Suda51’s unique approach to design, becoming a wholly engrossing tale with a cast of odd characters. It can be crude, vulgar and horrifying in every possible way. The way you interpret these moments will be dependent on your own investment in the game itself. It’s an experience that is exclusive to the medium, a combination of original storytelling and presentation that elevates it above your initial reactions. The Silver Case is a perfect example of why Suda51 is the David Lynch of video games. While it makes itself intentionally difficult to understand and is definitely not a game for everyone, if you’re interested in the weird and surreal, The Silver Case is an absolute must play.

The Silver Case is available on PC.