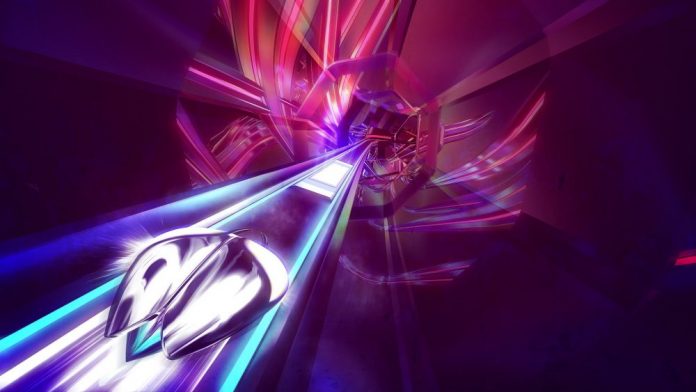 Thumper, to put it plainly, will leave you in awe. The “rhythm violence” game from developer Drool is as fast as it is addicting. Everything from the sound to the colour scheme is done with masterful precision. Barrel through a terrifying, luminescent void as a metallic beetle with a knack for a good beat. While the mechanics of the game are simple, the reward of learning them is having a blast. This one is sure to keep you talking.

It should be noted before going on, that this review stands for both the standard and PSVR version of the game, unless otherwise noted. With that said, let’s dive in. Thumper proves itself to be a glorious achievement built on simple foundations. While it functions like most rhythm games, here there’s some added action to up the stakes a bit. Mastering the small moveset at hand is easy, but getting your reflexes and timing to sync up is a different story. Blisteringly fast and relentlessly unforgiving, Thumper will keep you engaged for hours. Whether you enjoy it inside or outside of PSVR, the fun never ends. Get ready for sweaty palms and pounding heart rates, because this one is a beast.

Once you start up Thumper, there’s no tough choice to be made. Jump in and the game will begin to guide you through the basic mechanics available to you. Enjoy the early levels as much as possible, because you will be tested quickly. It isn’t long – around the third level – until you’ll have to put all your skills to use in rapid succession. The worlds that you zoom through are some of the most jaw dropping landscapes I’ve seen to date on the PS4, and they are even more breathtaking in VR. Thumper at times feels a little spooky, as the pieces of the worlds crawl, morph, and stretch around you. The colour palette of the game is nothing short of astonishing; every perfect hit or corner transition sends light out all around, making beautiful imagery. It’s hard to enjoy the scenery though, as you’re constantly having to react. 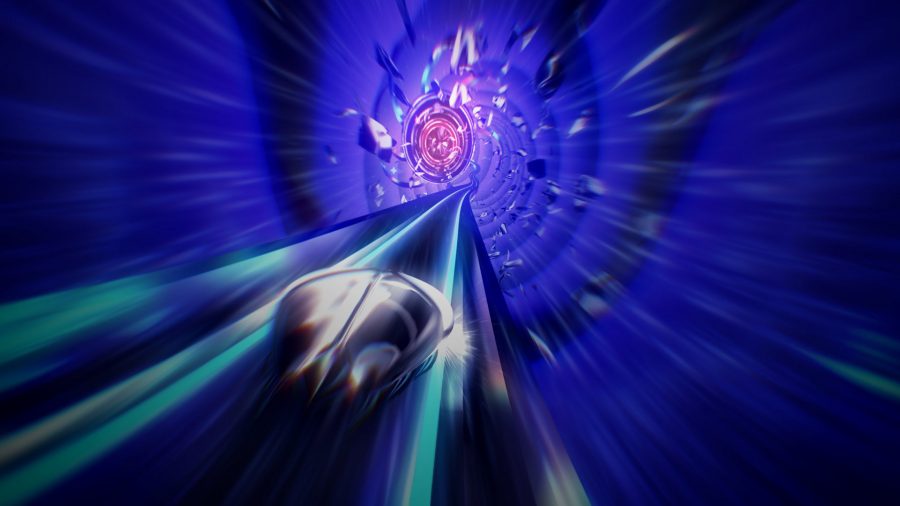 Despite the fairly smooth difficulty climb, don’t ever get too comfortable. It may seem easy at first, but your reflexes will be tested without remorse from an early stage. Your moveset is reliant completely on two things: one button and one stick. You can slide along walls, smash through objects, glide, and jump. These moves will allow you to progress through the game. Your main goal is to perfectly land on the shiny squares, or ‘”thumps”, on the track. This will increase your multiplier and re-armour your beetle if you’ve taken damage. That’s all there is to it; nothing more complex than that. You’ll have to perfect your timing though because as the game goes on, these moves will have to be done insanely fast. Really, really fast.

The haunting, psychedelic design reaches its high point during boss fights. The slightly horrific faces you’ll have to thump your way through can definitely startle you, especially in VR. In boss fights you won’t need to alter your play at all, simply continuing to do the same moves will eventually fell the boss. Hitting thumps at the perfect time will send out a glowing ball that will strike the boss. Rinse and repeat. Despite the jaw dropping worlds you blaze through, the boss fights do drag on a bit late in the game. The core of the game never really changes, which isn’t all bad, seeing as the core is well-crafted, but it does get a bit tedious. Thumper never felt tiresome for me, just drawn out after a while.

In the end, you might struggle to play Thumper for hours, especially in VR. While the PSVR version of the game is fantastic in terms of immersion, sound and colour, it isn’t necessarily a betterment. Simply playing with headphones can capture much of the same feeling. That said however, while there is rhythm to the game, the music in the game is a bit “off”. The sound is fantastic but you never really feel enveloped by the music, which I was hoping for in a rhythm game. Also, the game never changes, it just gets much, much faster. In VR, it can get a little disorienting, and that definitely limits play time. Still, Thumper will leave an impression on everyone who tries it, good or bad. It does what it tries to do extremely well, and nothing more. And that, honestly, isn’t a bad thing.

Thumper is available on PC and PS4. We reviewed the PS4 version.