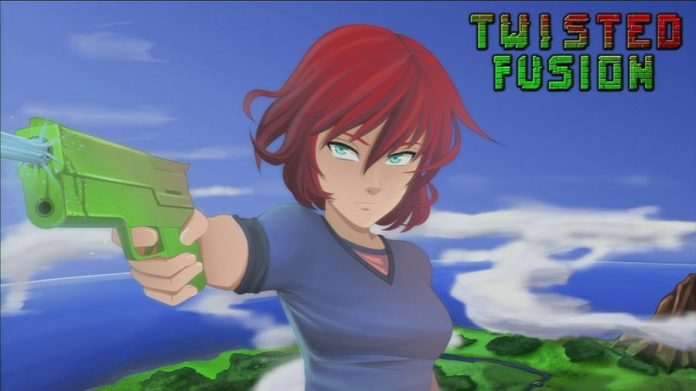 Kickstarter is a great service that has helped hundreds of developers accomplish their dreams via the power of crowd funding.

We’ve gotten masterpieces like Shovel Knight and Axiom Verge because of it and I can’t imagine a world without them. Of course, it’s not all great as the program is plagued with controversies along with disappointments like Mighty No. 9. Twisted Fusion, unfortunately, falls into the latter category.

Twisted Fusion stars a group of three heroines, Cora, Erika, and MiSha, who are transported to an alternate dimension upon a fateful meeting. Because of the atmosphere’s makeup, their playful water guns are unlimited and can hurt monsters. Their goal is to escape this dimension by collecting mystical stones found throughout a handful of towers along with helping the citizens trapped within for good measure.

Essentially you could call Twisted Fusion as an action platformer with RPG elements. I guess I would also describe it a bit like a light Metroidvania in that it takes place in one big connected world, with areas only accessible by unlocking new abilities. The three girls are all armed with twin water gun pistols that shoot infinite amounts of H2O. Monsters spawn around the world, and time delegates which creatures populate certain areas. As one would imagine, the night brings terrible horrors compared to the day.

Fear not though; the in-game time system can be fast-forwarded at will via your cell phone, which is laid out like a Windows device. Aside from time, the phone can be used to fast travel between statues, raise monsters to fight in arenas, upgrade your characters, and you can even unlock new heroes to swap between. All of them play the same except for their special abilities, which are a tad overpowered, but sometime sit’s nice to have options especially if you want to take advantage of the four player co-op. There’s also a difficulty slider that accounts for monster and loot strength. For example, if you crank it up to 9, monsters are tougher, but in turn you get better rewards. 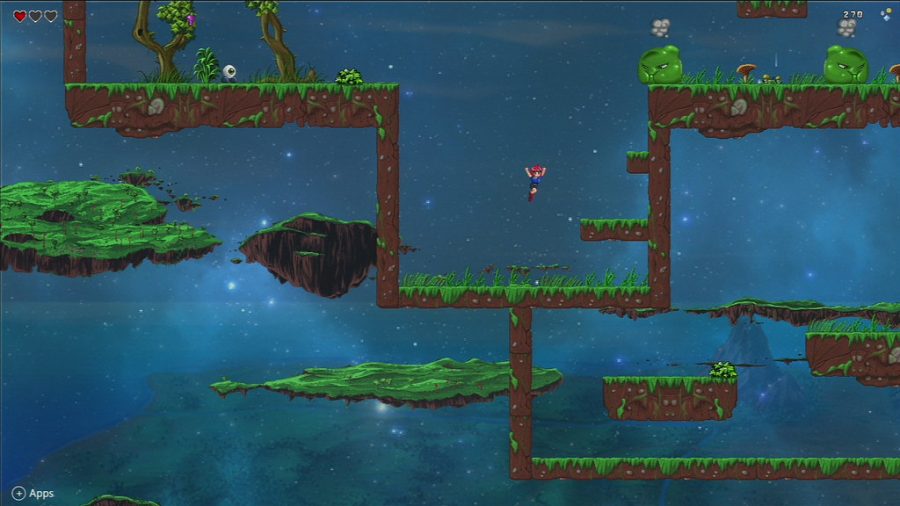 Twisted Fusion’s Kickstarter project launched on 31 March 2014 with a goal of £3,000. The developer, Lewis Pugh, managed to raise just over  £4,000 by the end of his campaign. It took over two years, and unfortunately  the end result is little more than a template. Let me rephrase that: what I mean to say is that Twisted Fusion just isn’t a finished game. In no possible way could anyone think otherwise. I genuinely had to check Pugh’s Kickstarter page and the information I had about the game just in case I missed something but no, this is officially the final game he is charging money for. If this released on Steam Early Access I would understand why there are so many problems with the game, but it simply isn’t.

Let’s start with the glitches. In one tower I was able to bypass locked doors without keys, and monsters often get stuck in environments. I wouldn’t quite call this a glitch, but the physics in the game are off; the jumping is floaty and I often only cleared gaps by clipping through the edges. The framerate is choppy and nauseating to look at, let alone play. Hit detection on monsters is off where sometimes my water blasts would hit and other times they would soar right by. If it allowed players to duck, it would have mitigated this flaw.

Aside from the terrible frames, the art in general didn’t make Twisted Fusion paticularly appealing to gaze at, either. If I had to relate it to something, the level designs reminded me of Terraria – but it’s as if the assets were re-used and quickly copy and pasted at random, making everything look the same outside as well as inside. This cookie-cutter mentality, along with the lack of a map, made it hard to traverse the environment since differentiating each area from the last was difficult. Plus if you play this game on the TV you’ll barely be able to grasp what’s going on due to the tiny scale of everything.  It was easier to play on the Wii U GamePad, but that’s not saying much.

Twisted Fusion, to me, isn’t so much bad as it is simply unfinished and broken. I don’t hate the ideas put forth by Lewis Pugh: a Metroidvania with RPG elements is my kind of jam, plus I like that it has co-op. I get it: video game development is hard and lord knows I am not talented enough to make one, so Lewis’ accomplishment to make this by himself is at least worth noting. Wholesome message aside, it’s a dupe to anyone who buys Twisted Fusion thinking it’s finished. I didn’t get any joy in ripping apart a game like this, but I think you get the point. It’s simply not done and if you buy this game you will be disappointed and feel ripped off. Twisted Fusion offers little else than a very minuscule kernel of an idea.

Twisted Fusion is available on Wii U.