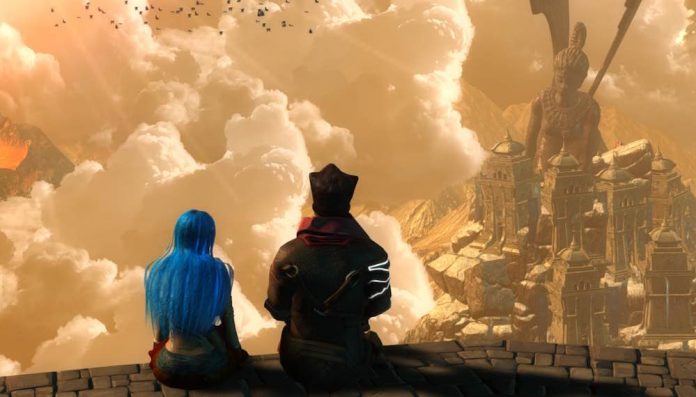 Zenith is a game that shouldn’t work.

In fact, it often doesn’t work. It’s a game that demands you pass it by. Its storefront on Steam looks as generic as it gets. Its myriad of bugs and issues should be turning you off. The shoddy menus and absolutely horrible combat system is so bad it might set your hard drive on fire. However, amid the dire design choices lays a small, tiny golden egg. Among the wreckage of this game is a little thing I like to call heart and soul.

Zenith almost tricks you into believing it’s really unconventional. I say nearly because by the half-way point it’s quite clear that the game has totally failed in a lot of very minor regards and towards the end it starts to feel like death by a thousand cuts – but for a brief moment Zenith seems like an unconventional hidden gem. Sadly, though, it is dragged down by a paddling pool of problems that are impossible to escape. In Zenith you bundle your way through a pseudo open world, beating up monsters with sinfully dull combat opportunities and occasionally spewing sarcastic quips as you go. I guess you could closely attribute this title to being an action RPG but that’s really not an apt comparison when so much of the game is spent staring at dialogue segments (of which you have no agency in) and watching hilariously wooden cut scenes unfold before your eyes. The moments where your controls haven’t been robbed from you are spent biffing things with swords, breathing fire, rolling and blocking. That’s pretty much it – for the entire game. There’s some minor RPG character progression in the form of loot drops (although they’re terrible) and skill upgrades (they’re also terrible) but mostly you’ll be doing two things: talking and fighting. It’s a quaint little game, and self-styles itself after something like Shrek, but if you spend more than a few hours with it, some serious cracks start to form.

So when you load up an action RPG, what do you think of? Well, in Torchlight II you get vibrant visuals, tactile, punchy combat and a veritable shower of multi-coloured goodies. The same applies in Borderlands – satisfying shooting mechanics crossed with tonnes of rewards makes simplistic gaming a pleasure. This is Zenith’s huge flaw. The combat is horrible. No, it’s terrible. Loathsome. Hateful even. It hates fun. Combat boils down to hammering either X to attack, Y to perform an area of affect attack or B to roll out of the way. Landing hits on enemies feels a bit like that scene from Terminator 2 where a gang of bikers fruitlessly attempt to dismantle Arnie with pool queues, recoiling in horror as they shatter and break over his back without so much as squint from Arnie.

Everything is just flat. There’s no punchy audio-visual feedback for your hits, it doesn’t feel satisfying to toast an enemy alive. It just feels bad. Dodging is slow and blocking is pathetic; hitting your enemies is just pointlessly dire. And what a shame, too, because I truly think some potential is resting somewhere in that mess of bad animations and terrible weaponry. The loot system is literally the most boring loot system ever devised. For each slot on your character you’re limited to about two or three varieties of loot and I use the term “variety” incredibly generously. A simple numeric value is all that denotes weather what you currently have is better than what you’ve just picked up. That’s rubbish. 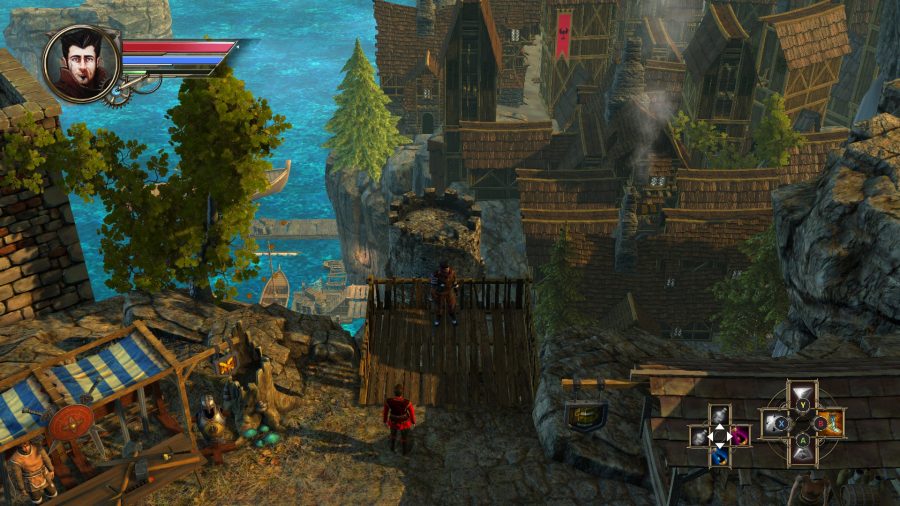 Is it bad to have simple approach to design philosophy? Not really, but it is if that simplicity inspires boredom or just isn’t interesting or fun. And when finally defeating a level full of boring baddies yields only drab loot it feels like way more of a chore than it should have been. In a lot of ways it reveals the shallow nature of action RPGs but then you have to remind yourself that other games have done this so much better. In fact, the Batman Arkham games manage to combine single-button man-punching action with timing-based rewards and fantastic, flowing animations, making a very simple one-button affair feel like you’re actually accomplishing something more challenging than it is. Killing a tough boss in Torchlight, Borderlands or Diablo showers the arena in multi-coloured loot, as though you’d landed the killing blow on a dangling piñata that cascades a mountain of delicious candy treats upon you and your team. It’s glorious. Hoovering up all those goodies and running back to base to see what you picked from the corpses bones is a true delight in video games – it’s the purest kind of thrill, but that just isn’t reflected here in Zenith.

I mentioned before that this is such a shame, and it is, because there is some real potential in Zenith. The game runs on the Unity engine and I do quite like the graphics. They’re colourful, vibrant, and Infinigon have made great use of fixed camera positions to show off wonderful vistas and frame some really nice scenery to stare at in cut scenes. This is definitely on the Shrek end of the fantasy spectrum, too, as the characters are such a colourful and charming bunch of people. Despite the glaring issues with Zenith, what kept me playing was the parody of other fantasy games, the really thinly veiled references to Final Fantasy and the dialogue dripping with sarcasm. In fact, your character has a sarcasm stat of over 9000. There are plenty of little touches like this, as well as callbacks to earlier jokes.

It’s actually a funny game, and I feel like some real love went into the story, which makes it all the more painful when placed against the shoddy backdrop the game exists within. It even casts some surprises your way too, where half way through it introduces a pseudo open world aspect in the form of a world map (think Final Fantasy again) where mobs roam the map. Even though you only ever have one location to head to at a time, the open world changes appearance drastically throughout the campaign and it really adds to this greater sense of story in the game. There are a real variety of locales, too, and it’s not too afraid to stray far away from the generic fantasy woods or castle settings we’re used to. It’s really clear that a lot of love has gone into this and sometimes, you find something you really enjoy in a game that’s not too great. 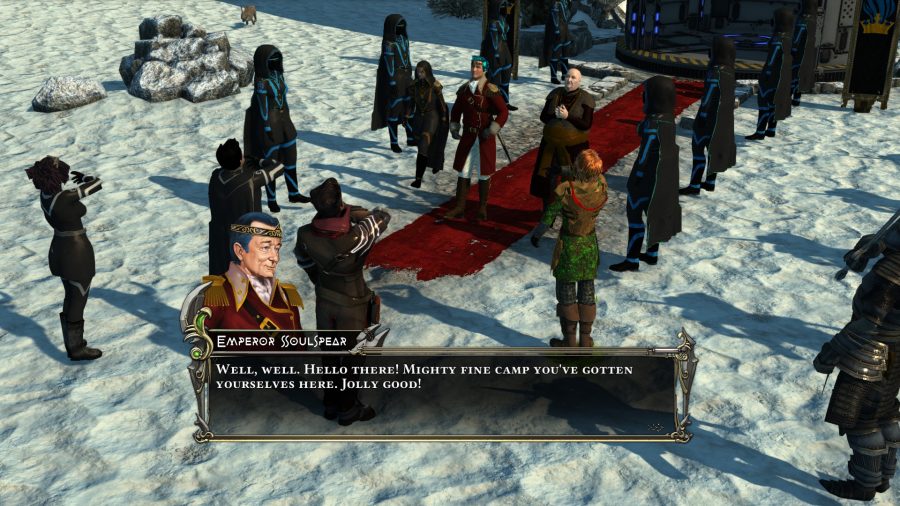 Other tiny issues blight the experience, such as being able to quaff potions mid cut-scene and in inventory panels by mistake and getting caught on pieces of terrain with the terrible animations. A lacklustre combat and loot experience seriously damages what could have been a very funny and compelling adventure. But I am really keen to highlight the heart and soul of this game: it has tons of love poured into its dialogue, characters and world building in general. I feel like there’s a lot of potential at Infinigon, and I would love to see how they develop from here, but for now Zenith is an unfortunately maligned opening shot into the crowded action RPG stable.

Zenith is available on PC, PS4 and Xbox One. We reviewed the PC version.