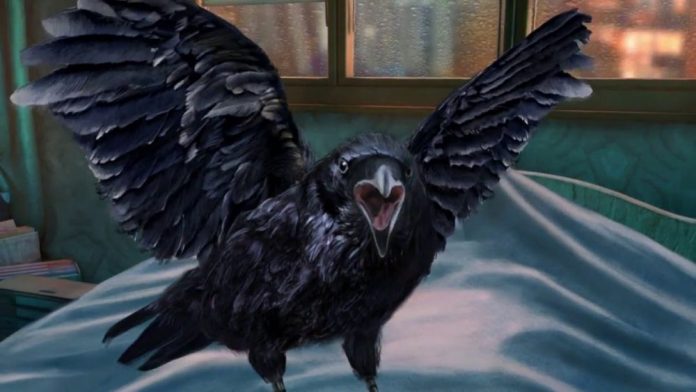 When Man Head Games released their first episode of Adam Wolfe I was truly impressed.

I expected nothing but hidden object puzzles and ended up getting puzzles reminiscent of ones you might find in a Professor Layton game. With the added elements of horror, great storytelling, and memorable characters, Adam Wolfe is much more than a hidden object game; it’s an exciting adventure story. Adam Wolfe: Episode 2 – The Devil You Know continues to impress as the exciting story continues and the mysteries get even more troublesome.

Adam Wolfe, an investigator of the supernatural, seems to get a lot of strange cases coming into his office. In The Devil You Know, a man named Dez comes in with a bizarre looking box that glows blue and has strange writing all over its faces. He says that whatever is in the box can save his dying daughter. He gives very little details but begs Adam to figure out to how open it. Adam decides to take on the case, and tensions build as Adam gets closer and closer to opening the box. Let’s just say, not everyone thinks it’s a great idea to open it.

The gameplay for Adam Wolfe is very simple, making it easy for anyone to pick up and play which, I believe, adds to its charm. The majority of the game is either clicking through dialogue or clicking around an area to find items to help you during your adventure. Some items that you pick up may get used right away, while others will stay in your inventory indefinitely, driving you crazy because you have no idea what to do with them. That sacred moment that you figure out what the dirty mitten is used for is very satisfying indeed. The other prevalent mechanics you can expect come in the form of either puzzles (in addition to the hidden object ones) or combat.

The art style that Mad Head Games went with for this series continues to dazzle me. Each setting in Adam Wolfe looks almost like a painting with each detail carefully painted on to create realistic scenes. The characters, monsters, plants and animals all feel meticulously designed so that each place, person, or thing looks completely different from one another. It’s obvious that the team spent a lot of time deciding how they wanted their game to look, and it was a wise choice going with this kind of art style. I particularly love the first-person moments where all that the player can see is Adam’s hands; it’s almost like a virtual reality experience without the clunky thing that goes on your head. Either way, players will definitely come away from Adam Wolfe remembering the gorgeous style of the game. 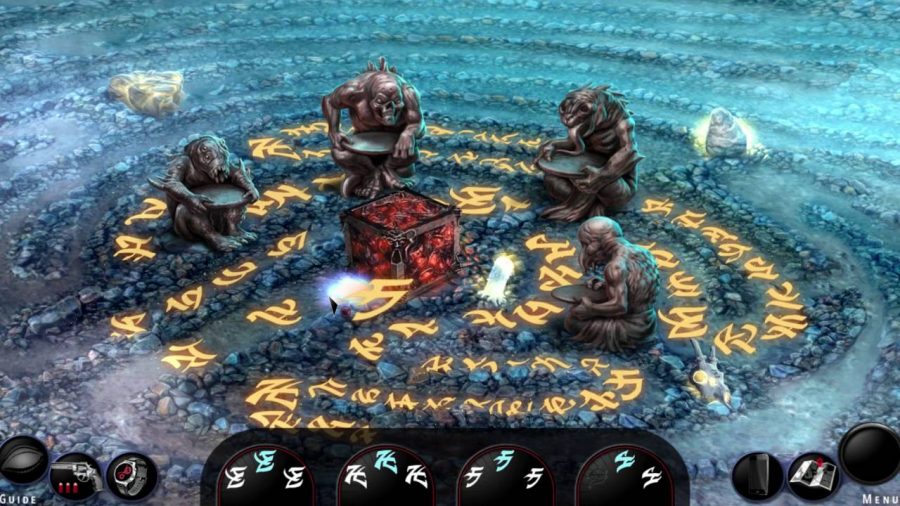 The Devil You Know has a lot of clever things in it that differ from Adam Wolfe’s first episode, The Ancient Flame. There is one moment in particular that I thought was brilliantly executed and should be mentioned. At a certain point Adam is forced play a card game with very simple rules that turns out to be much more complicated that one might expect. It stuck out to me because many of the other puzzles featured in the game can be solved in a few quick clicks, but this card game was much more complicated and really added some excitement to an episode that was turning out to be almost exactly like its first. If The Devil You Know is a hint towards what players can expect in episodes three and four, we have much to look forward to.

Like most games, Adam Wolfe: Episode 2 isn’t without some flaws, however. At times during the hidden object puzzles, text would show up at the bottom telling you what to look for in the puzzle – but it looked as though the placeholder text/programming was leaking through. For example, instead of saying “Maybe if I had a wrench” the game would say “Maybe if I had a %wrench%”. This is obviously a very small detail that didn’t do much to distract from the game, but takes away from the overall polish of it. The only other problem that I had with The Devil You Know was that a few of the puzzles seemed kind of cheeky. In most hidden object puzzles, the objects that you’re looking for are hidden all together in a room where you simply have to scan your eyes across the level to find them. On more than one occasion during one of these puzzles though, in the game I wasn’t able to find an object and had to use a hint just to find out that I had to move something in order to get the object underneath it. In a way, this could be a clever addition that just bothered me personally, but normally when you’re asked to look for something in a hidden object scenario it should be something that you can find by looking carefully – not by having to move things out of the way. Both of these issues were very small and barely affected my enjoyment of the episode.

Adam Wolfe: Episode 2 – The Devil You Know is a really great continuation of this intriguing mystery horror game. It has a lot of fantastic puzzle elements, as well as a few jump scares to watch out for that had me giggling at myself for getting scared. The storytelling continues to impress and the art style is as gorgeous as ever. Pick up Adam Wolfe if you’re into the supernatural, and especially if you’re into really cool puzzle games with a fantastic story.