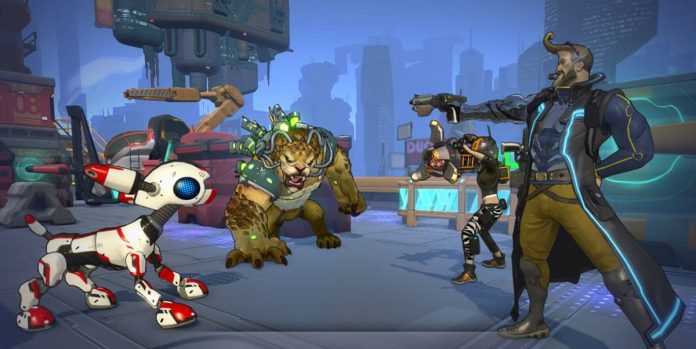 There’s an abundance of MOBAs riffing off the top-down formula that DOTA brought to the masses.

As a person who hops into League of Legends and Overwatch on the regular, and who’s played them since their inception, I was expecting an average experience that wouldn’t pry me from their well-crafted and insanely addictive clutches. Turns out though, Atlas Reactor isn’t an average ripoff you see marketed through dodgy-looking, virus-ridden adverts on Facebook. While it’s not perfect, Trion Worlds have taken the “MOBA template”, put their own spin on it, and made a competitive game I’ll certainly be coming back to.

How does it differentiate itself from the plethora of aspiring esports out there? It’s a uniquely turn-based affair which sees two teams of four heroes choosing their actions and watching them play out during turns. Turns are broken down into four phases: Prep, Dash, Blast and Move. Prepping involves buffing oneself with utility focused augments – teleporting over a wall, or throwing on a shield to protect yourself for what’s about to go down. Dashes allow you to suddenly skim across the map, and get the hell out of what you believe is about to bombard you – bounce between opponents on a bombing run, or switch places with an after image of yourself. While the Blast phase is the main slug fest involving everyone hurling their abilities at one another – mines, snipers, rockets, electrical discharges etc. Finally, once all that’s over with, heroes can choose to move to a different position or stay put.

There’s a fair amount of heroes at your disposal, broken down into the standard: offensive people, bulky tanky people, support people. They’re all well animated, and seem to have personality. The art style is albeit quite forgettable, featuring the usual bright, cartoony palette found in a whole host of other similar titles, although this doesn’t detract at all from a surprisingly clever and enjoyable core hidden under this familiar trope.

I gravitated towards playing as a cutesy bombardier called Yuki who wields an enormous rocket launcher and thrives in dealing devastating splash damage. Just like every other hero, she’s got five abilities with their own cooldowns. I’d generally stay back behind cover and fire off low cooldown rockets, or attach sticky bombs to enemies in a cone when they were all bunched up – for multiple explosive goodness. Perhaps her most effective ability lay in a massive nuke that paints a large square of tiles visible to both your team and your enemies. It detonates after one turn too, meaning that I could use it to ward away threats or force enemies into vulnerable positions unless they wished to take a substantial amount of punishment. 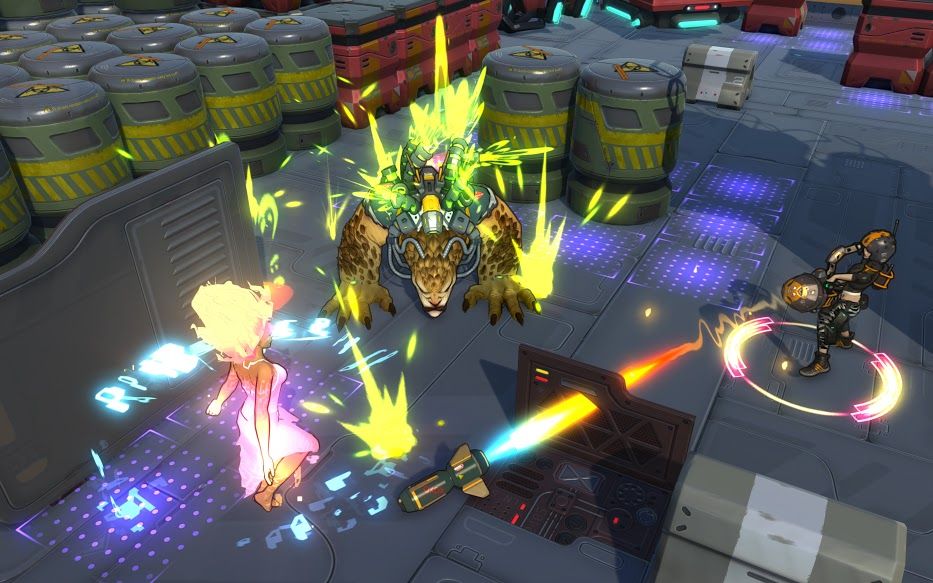 Nothing felt better than playing as gun-slinging-cowboy-man Lockwood and using his ultimate ability to dash through a bunch of enemies, simultaneously dodging their attacks, dealing damage and setting them up for elimination. As The Gremolitionists, a couple of goblins in a floating cannon vehicle, I could plant mines all over the battlefield and effectively deal indirect damage to enemies as they desperately ploughed through them to reposition or face the (dire) consequences. Little things like this make Atlas Reactor a hodgepodge of clever interactions that require tactical nouse. It might be at a far slower pace than those crazy skirmishes you see in League of Legends, but it’s delightful in how measured everything is. It’s a thinking man’s MOBA that encourages anticipation and rewards pure strategy, not mechanics.

Matches don’t drag on either, it’s a “first to five eliminations” scenario, or a “most kills in 20 turns” scenario, and these win conditions add urgency to every move. I was highly aware of making the most of every turn and managing the use of abilities, saving more powerful abilities with longer cooldowns for those crucial, deciding final turns. Jumping into a match didn’t take long either, and I didn’t have to wait more than two minutes to play alongside other human beings. Thankfully you only have to reach level five by battling AI robots to earn the right of pitting yourself against fellow hominids.

I did find the lack of pregame lobby a little strange, however: before queuing, you choose a hero (Freelancer) and that’s it. Strangely there’s no coordinating with team mates as to what’ll make a nice rounded composition of funky Freelancers. It didn’t impact me too much, but it’s an odd decision that could become frustrating if you’re taking competitive play seriously. If Atlas Reactor has no Freelancer selection process before the match starts, then surely higher level players are praying to RNJesus more fervently than the likes of me? Potential to frustrate. 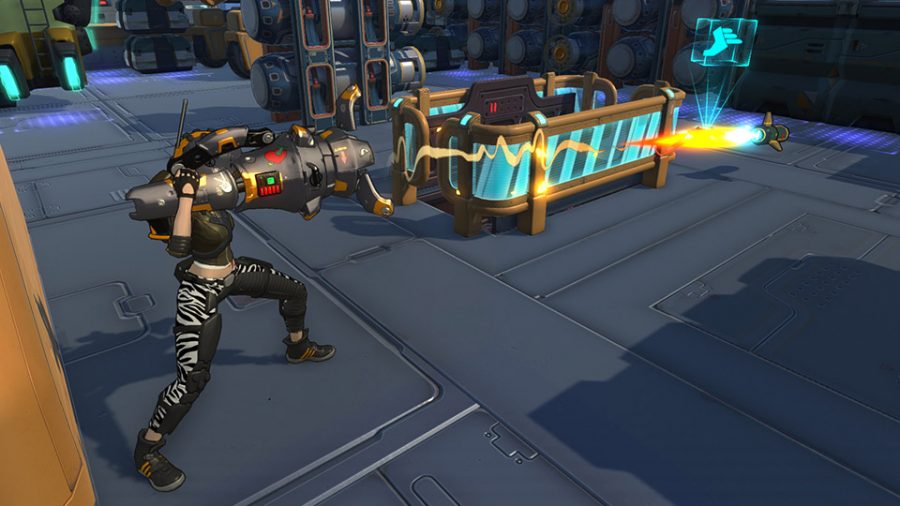 Of course you’ll be battling on an array of maps, but unfortunately they’re pretty uninspired. To me, they all seemed a little too similar, often following the same geometry with differing licks of paint. Not a huge downer though, as they do serve as a base for rock solid gameplay. It’s just a shame there isn’t a more daring amount of variation to the map structure that might go ahead and facilitate certain styles of play. Again, this might be down to the lack of pregame lobby, essentially forcing each map down an identical path because they have to. If you can’t choose your Freelancers in accordance to the map at hand, then Atlas Reactor has to play it safe and make sure your choice is viable in every scenario. A meta game will still exist no matter what, it’s just a bit disappointing that maps don’t have the ability to mix things up.

Atlas Reactor gives you options to meddle with aesthetics though. There’s a ton of skins, chat emoticons and profile banners to name just a few. Bear in mind that this is a free to play game, so much of this stuff is locked behind a merciless paywall. Also bear in mind that this isn’t a pay to win game, so your money goes on cosmetics, not some dumb stat increases or overpowered abilities.

Progression wise, it’s a gentle XP climb through a levelling system. You can complete Daily Missions, for example – “win two games as x” – to earn a significant increase in the amount you receive. Leveling up earns you a “Loot Matrix” which upon cracking open, gives you three random items varying in rarity. They’re either cosmetic, or xp boosters (‘GG’ tokens), nice pressies for all your hard work.

I’m pleasantly surprised by how polished Atlas Reactor is, and just how much fun it is to play. There’s a huge amount of depth lurking beneath its “seen it before” appearance. They’ve taken the traditional MOBA and focused it down to a tactical tee. It provokes an impending tension, utters of despair at turns wasted, and cries of joy at enemies falling victim to your ten turns of dastardly planning. Don’t let Atlas Reactor pass you by, it’s well worth a shot.

Atlas Reactor is free to play and is available on PC.