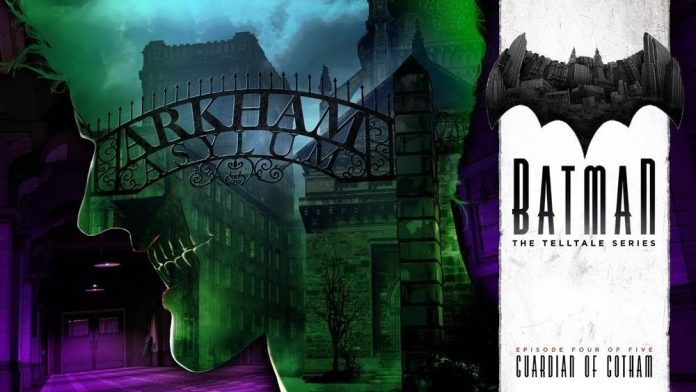 Batman: The Telltale Series continues with a new episode coming November 22. Titled “Guardian of Gotham” it continues the storyline of Bruce Wayne, Batman and Harvey Dent while introducing a certain jokester.

It all seems rather quick too. Guardian of Gotham will be releasing less than a month after the release of the previous episode, New World Order – rather quick for Telltale Games, not that we’re complaining. Of course, the new addition to the series will be the star of the show leading up until release. They have the laugh down at the very least.

This comes not too long after it was leaked that Telltale Games’ next new series will be based off of Guardians of the Galaxy. We knew that Telltale were collaborating with Marvel Studios – we just didn’t know on what. The leak came as part of the ongoing voice-actor strikes against game developers and publishers.