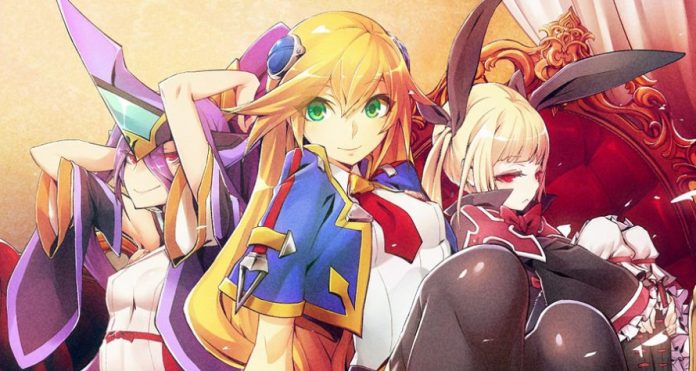 Even after putting over 15+ hours into Blazblue: Central Fiction, the voice of the fight announcer declaring the phrase “the henheel of fate is turning” never once failed to psych me up as I prepared once again to face my next opponent and undertake a brawl that would be without doubt one of the flashiest currently available in a fighting game.

Blazblue: Central Fiction is the latest in developer Arc System Works’ beloved anime fighting game series, finally being released for Western audiences to enjoy almost a year after its initial release in Japan.  Thankfully, fans of the series can rest comfortably knowing that the wait has been worth it, with Central Fiction innovating just enough on established series formulas and game mechanics to warrant diving in once again to such a visually flamboyant and remarkably deep combat experience.

Prior to Central Fiction my last experience with the Blazblue series was the revamped and reworked Vita release of BlazBlue: Continuum Shift Extend and while in terms of the fast-paced action and expansive character roster it might be business as usual, it’s safe to say that Blazblue: Central Fiction uses the extra horsepower found under the hood of the PS4 to its full potential. Cutscenes and fighting stages are a joy to look at, with visuals never failing to pop marvellously.

The first thing that will immediately hit you when loading up Blazblue: Central Fiction is the sheer amount of game modes and systems the game throws at you. It may appear at first to be a rather overwhelming barrage of menus and in-depth tutorials, but it represents a sound investment for those that make a purchase, with the game definitely delivering a lot of bang for your buck. 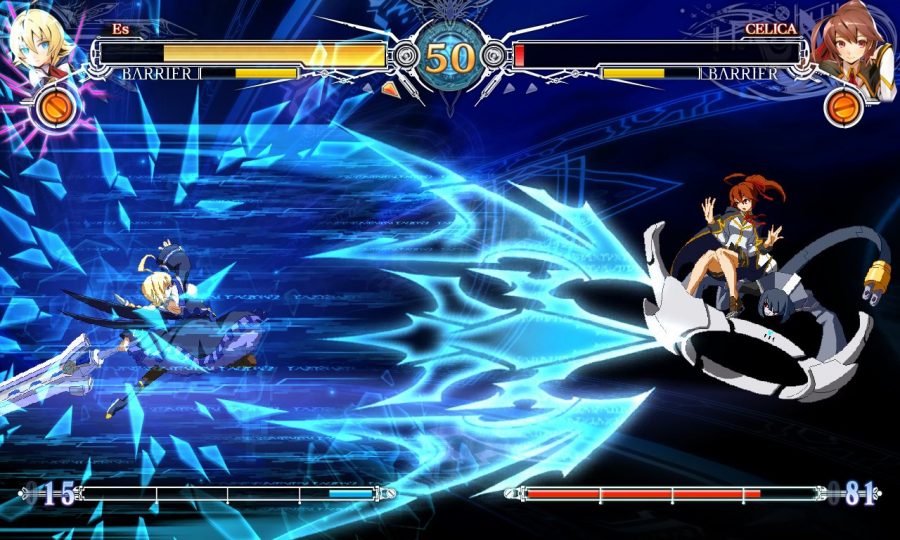 Most of this bang will be found is in the game’s generously long and deep story mode. Expected to clock in at around 30 hours, Blazblue: Central Fiction once again continues the series tradition of telling the stories of various individual characters whose paths will intersect here and there, but unfortunately for me, the time spent between matches is a little on the long side. Whilst the game attempts to resolve the issue of players becoming confused when working their way through Blazblue’s story with a handy 30-minute prologue to catch newcomers up, it unfortunately just takes away from the main draw of the game: the fighting itself. When I play a beat’em up, I don’t want to wait too long to get back to the action, and this is one of Blazblue: Central Fiction’s biggest drawbacks.

Some people might enjoy delving into the in-depth politics and relationships the game’s story explores through fan-favourite characters and newcomers Naoto Kurogane, Hibiki Kohaku, Nine the Phantom and Hades: Izanami, but when it’s a 20-minute wait between starting the story and engaging in a fight, it can be a little too much to ask.

When you do eventually get round to starting a battle, you’ll find yourself entering Active Flow, engaging Overdrive or simply landing that perfect finishing blow at the end of the third round or “rebel” in the Blazblue series in no time, with the fights you undertake when playing Central Fiction all being about one thing: panache! In some ways from an aesthetic perspective, it’s refreshing to play a fighter that still makes great use of sprite-based character models such as those present in Blazblue: Central Fiction. Hearkening back to classic fighters such as Street Fighter II and to a lesser extent Mortal Kombat before they made the transition to 3D character models, Central Fiction continues to take the old-school art style in its stride, thrilling expertly whenever you successfully land a super move or amusingly juggle your opponent in the air.

Once you’ve perfected a move-set with your chosen character in the game’s tutorial mode, you’ll be able to choose from either the “technical” or simplified “style” control scheme first introduced in Continuum Shift, making it easy for you to find the perfect balance for your fighting technique. Button mashers can put on just as much of a visual display as lifelong fans and combo experts, and I appreciated this accessibility. It’s never a chore to jump in and blast through an arcade mode of eight foes. 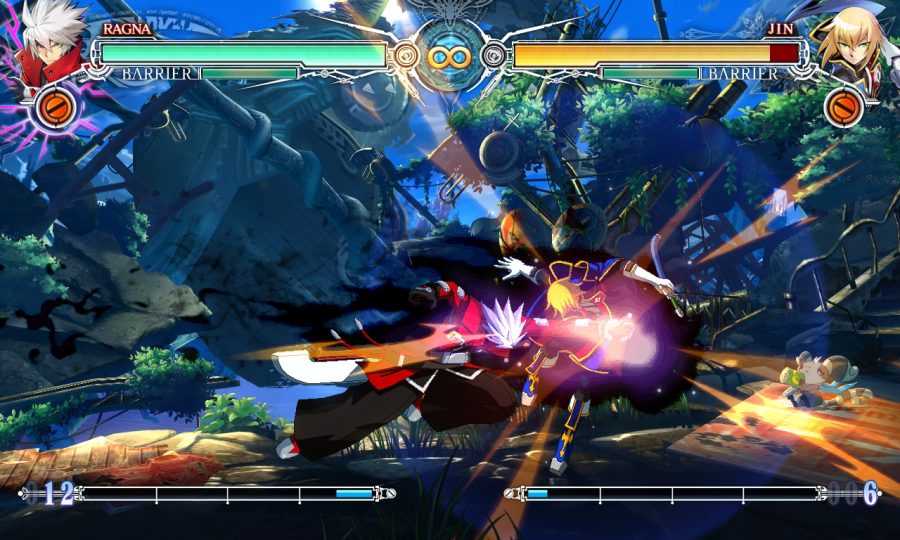 If you’re someone who ventured into the inherently Japanese world of Blazblue in the past and had trouble finding your groove, Blazblue: Central Fiction doesn’t do much to tempt you back. Those wanting something a little different from their usual fighting games however will find plenty to feast upon, with this latest game in the series boasting 32 distinctive fighters to master, 60 stages to brawl across and a countless amount of game modes sure to keep you busy well into the months ahead.

Blazblue: Central Fiction features masterfully complex battle systems, and although it requires a fair amount of patience, once you’ve grasped the basics you’ll be landing punches, specials and combos that feel all the more satisfying not only to achieve, but look at too! Even with an overblown story mode that sees the action take a back seat, Blazblue: Central Fiction is a solid entry in the eccentric franchise and a remarkably decent fighting game.

Blazblue: Central Fiction is available on PS3, PS4 and Switch. We reviewed the PS4 version.