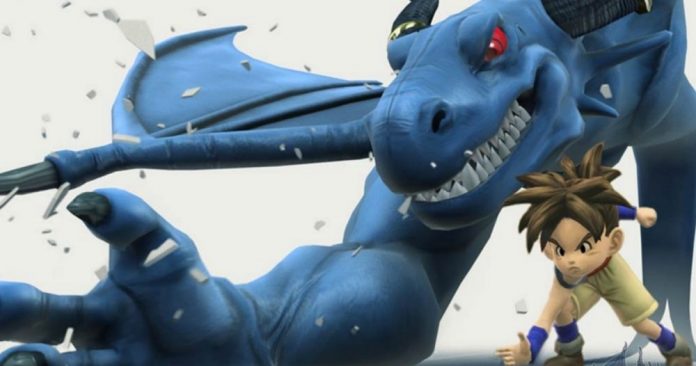 We do love Backwards Compatibility. We may not use it every day, but it makes us feel nice and cozy knowing that, if we want to, there are tons of our old favourites we can go back and play at any time without having to dig out an old console.

Microsoft continue to support the Xbox One’s Backward Compatibility scheme by adding new titles on a regular basis. The latest three titles to be added are Blue Dragon, Killer is Dead and RAGE.

Blue Dragon is a Japanese RPG published by Microsoft that was first released in the West back in 2007. Written by Final Fantasy creator Hironobu Sakaguchi, it tells the story of five friends on a journey to battle against the evil ruler of the Grand Kingdom. Rather cliché, sure, but Blue Dragon was generally well-received – and is worth revisiting for Nobuo Uematsu’s soundtrack alone.

Killer is Dead is Suda 51’s most recent full title that released on Xbox 360 (and PS3) back in 2013. Just as weird as we always expect from Suda’s titles, Killer is Dead follows Mondo, an executioner tasked with killing dangerous criminals across the globe.

Lastly is RAGE, developed by id Software and published by Bethesda back in 2011. It’s a first person shooter set in a post-apocalyptic world, influenced by the likes of Mad Max and Fallout. It was well-received by critics across the board at the time of its launch, getting a pretty respectable metascore of 81.

It’s worth noting that RAGE and Blue Dragon are disc only; there’s no digital version available.

The three titles join recently added Eat Lead, Joe Danger 2, The Orange Box and Silent Hill: Downpour, amongst many others, on the ever-growing Backwards Compatibility list.

You can check the full Backwards Compatibility list over on Major Nelson’s official blog.