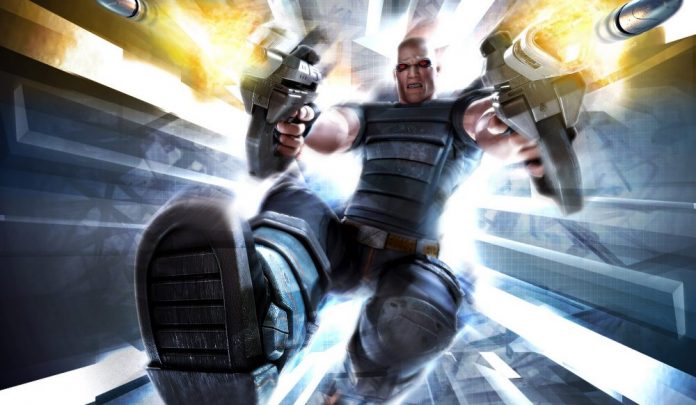 The games of today simply don’t feature enough time travel. There, I said it. Maybe it’s a theme just that little bit too retro for modern game devs to pull off correctly in this here 21st century, but it’s a damn shame when games like the all-round fantastic TimeSplitters series did it so well. And while I’m aware that TimeSplitters first debuted in the year 2000, there aren’t any bones about it, this franchise inherently had its roots firmly set in the campiness of a time two decades ago.

Although not a ground-breaking game in terms of story, character arcs or gameplay, it’s for this explicit focus on wacky and limitless time-jumping that TimeSplitters: Future Perfect eventually became one of the few games I feel changed my life for the better. Never heard of it? Shame on you! Pop out to your closest second-hand tech shop or game retailer now and pick up a copy. It’s a pulpy adventurous romp that shouldn’t be missed by anyone.

“Cortez is simply a likeable guy from the ‘everyman’ point of view, being a protagonist with lashings of charm and personality.”

TimeSplitters: Future Perfect – being the third (and sadly last) entry in the series – places you in the role of Vin Diesel cosplayer and all-round superdude Sergeant Cortez, a human resistance soldier tasked with defending humanity from the onslaught of timesplitters attempting to ruin history. Cortez is simply a likeable guy from the ‘everyman’ point of view, being a protagonist with lashings of charm and personality. He proved that a game’s central hero doesn’t have to be an armour-clad meathead to hold our attention.

Outside of this, when playing you can’t shake the fact there seems to be this great air about the game, that it loves not taking itself too seriously. Up until DOOM’s release earlier this year, first person shooters of late have made a bad habit it of focusing too much on being politically topical or meaningful to a deeper level, but TimeSplitters: Future Perfect remembers that it’s important for games to be fun first and eloquent second. 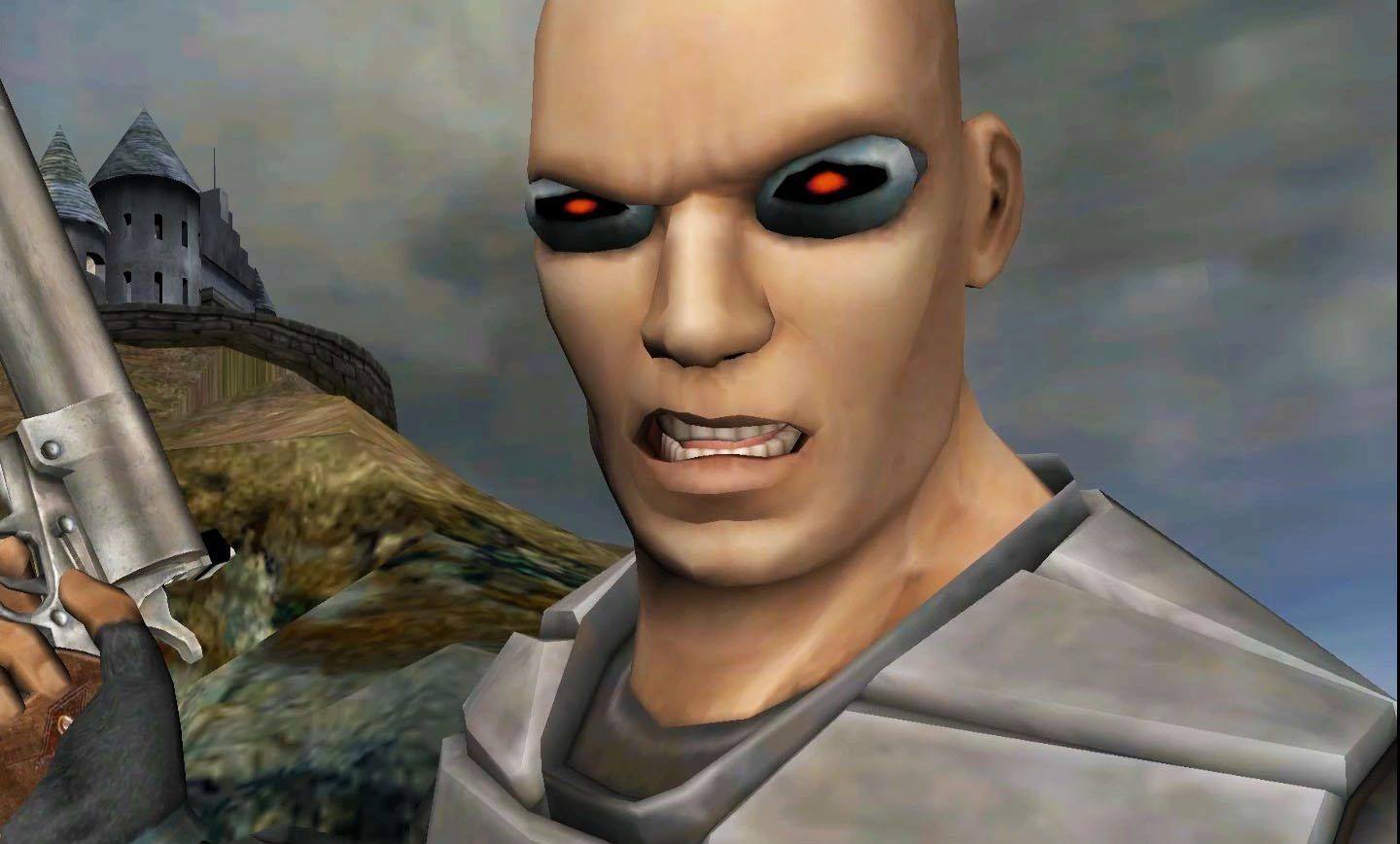 For me as a gamer, TimeSplitters: Future Perfect was very much my Goldeneye. With my first home console being the Sega Mega Drive, eventually jumping ship onto Sony’s brilliant PS One, the Nintendo 64 had totally passed me by and so I missed out on what is widely considered one of the greatest shooters of all time. Like that game, TimeSplitters: Future Perfect placed large emphasis on fast-paced hip fire shooting and detailed corridor level design. Heck, if you need any more proof of correlation between the two, simply take note of the orange and blue health/armour bars either side of your character’s field of view. Need I say more?

The game’s opening mission sets a great tone for the sense of fun urgency present throughout its short but sweet and perfectly paced time-hopping story line. Shortly after crashing down back to Earth 2401 hot off of halting the timesplitters’ previous plans in the last game, it isn’t long before you’re dashing across the golden sandscapes of a heated invasion only to be sent back in time once again (oh hell yes!), in the aid to prevent your enemy from ever being created in the first place.

“It’s cheesy to the max, and it’s this continuous shake up of tone and setting that makes Future Perfect so memorable.”

All great third entries in trilogies expertly harken back to an idea first presented in the original instalment: Darth Vader being Luke’s father; discovering Drake’s first meeting with Sully – and TimeSplitters: Future Perfect works this in well by exploring how the titular enemies came to be. It isn’t long before you get to traverse a 1920’s castle, help a swinging 60’s agent take down a moustache-twirling villain and even thwart a zombie threat in a late 90’s haunted mansion. It’s cheesy to the max, and it’s this continuous shake up of tone and setting that makes Future Perfect so memorable.

Quirky one-liners, multiple weapon sets and comical encounters with your past and future selves help to keep things consistently fresh and engaging, and I’d be hard pressed to name a game that’s used time travel so effectively since TimeSplitters: Future Perfect. Maybe 2010’s Singularity at a push. There’s even tell that the game’s online network capability was fairly decent, although being the days of dial-up connections and dodgy broadband I’d settled for many hours of four-player splitscreen deathmatches – and personally I think my PVP experience was all the better for it. 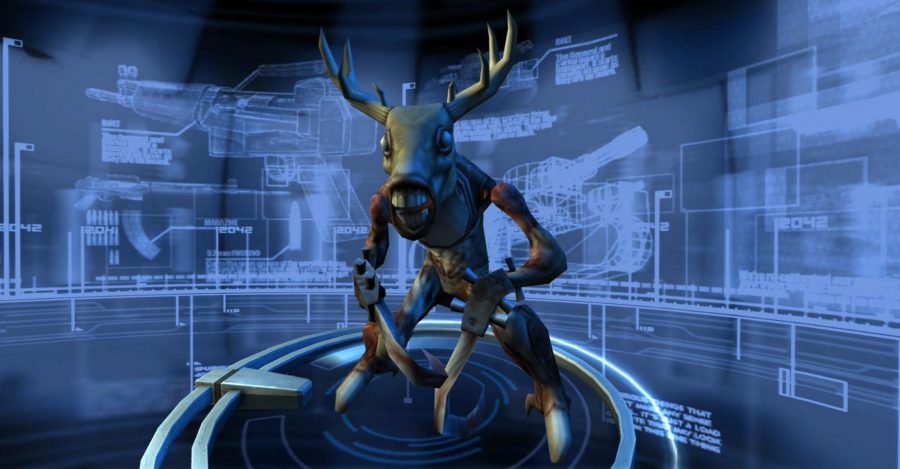 Just over 10 years since the release of this wholly unique and loveable game that has all the potential to be every sci-fi lover’s wet dream, and we haven’t seen so much as a remaster, re-release of re-skin. While attempts to breathe life back into the franchise seem indefinitely halted thanks to developer Free Radical’s ingestion into Crytek, I still hold out hope that we’ll see something more from TimeSplitters at some point.

Here’s hoping for one last adventure of hearing Cortez utter those cringe-worthy yet euphoria inducing catchphrase: “It’s time to split!”