Platformers occupy that rare slot in gamers’ hearts, one saved primarily for titles that instil a sense of nostalgia on the user.

No matter what generation, console or decade one lost his or her gaming virginity in, most likely their fondest and earliest memory related to video games will centre around a platformer. Ginger: Beyond the Crystal exists to remind you of that time.

Be it Crash Bandicoot, Sonic or those well-known plumber brothers, at one point we have all wished to return to the glory days when collecting stars and jumping on the heads of adorable mushroom monsters was considered enough entertainment for a good few hours. Ginger: Beyond the Crystal tries to refill that void.

Although the introduction might make it seem like I believe that platformers are a thing of the past, that would be completely false. With the rise of the indie market, we are definitely not short of these type of releases. From the critically acclaimed Limbo and 140, to the frantic insanity of the Rayman franchise, platformers, in some form or another, are just as alive today as they ever were.

Yet, these titles offer something different from those early titles that most of us grew up with. The majority seem to prefer shadows over colour. Mayhem over a restrained and traditional experience. A not so rare few try to mix in a few other genres, aiming for a more action-platforming title (El Shaddai). With the exception of Nintendo, who continue to do what they have always done, consoles are not over stocked when it comes to 3D platformers.

Ginger: Beyond the Crystal smacks you in the face with its Playstation 2-ness almost immediately. The story could easily have fit in a Spyro game, as the player takes control of Ginger, a cuddly but kind of lifeless hero who has been sent on a mission from the goddess to cleanse her utopia from the darkness that has suddenly enveloped it. She has to save the denizens of the world while “purifying” any corrupt crystals on the way. 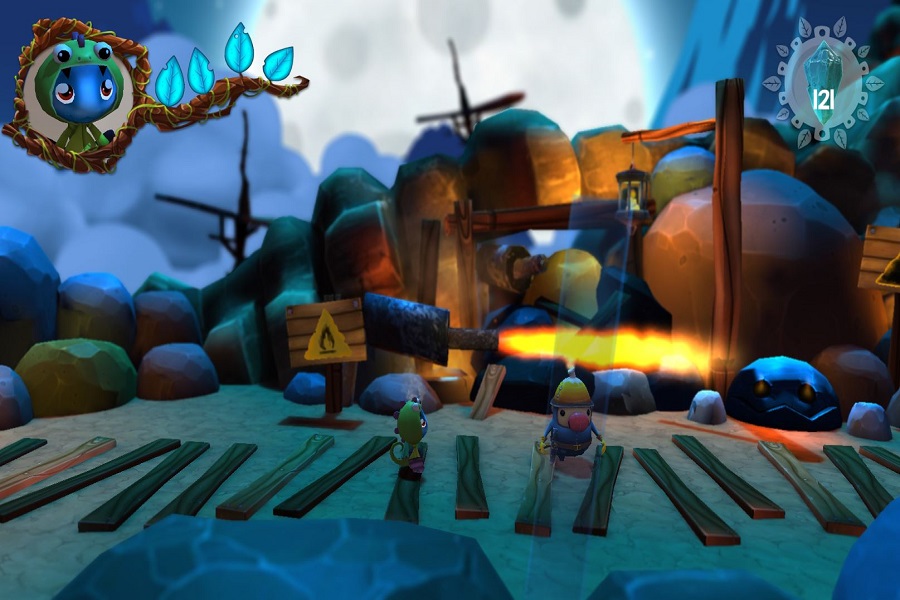 Ginger offers three hub worlds with levels that need to be cleared, each with villagers that need to be saved. This element is actually one of the few unique aspects of Drakhar Studios’ release. Instead of just going from one level to another, each hub area is a village that needs to be restored with items Ginger collects on her missions. When villagers are saved, they move back into town and can even give out a side-mission or two.

The levels found in the hubs all come equipped with their own array of classical monsters. They are well-designed and add a sense of personality to the separate areas as there is not any real overlap between them.

A fair amount of time can be spent rebuilding the destroyed houses found in these towns, which will help raise the morale of the villagers. The buildings themselves come in different shapes and sizes, all requiring their own set of materials, and do allow for a certain degree of creativity. Honestly, I did feel a sense of satisfaction to see a once desolate town find its feet and regain some of its glory days.

Anyway, let’s get to the heart of the matter. How does Ginger: Beyond the Crystal play? Well, Ginger herself controls great. She moves the way you want her to and is really quite precise. There was never a moment were I felt a jump was missed because I did not have control of the blue protagonist.

Combat is also decent. Besides the standard jump, there is a block and attack button. Both of these actions are responsive but not overpowered. It is very easy to mistime a strike and leave your character vulnerable to a hit or two. The game itself never really challenges the player too much, going for a hand-holding approach at times, but the combat itself does require a bit of concentration.

Costumes can also be equipped to Ginger. These provide different abilities – including shooting fire and playing a guitar – that will be needed repeatedly throughout the levels to pass through a gate or two. Although the fashion change is welcomed and quite stylised, these elements are too choreographed to really be worth much. Rarely did I find myself equipping any of the costumes until there was a specific reason that demanded the corresponding attire to be put on. 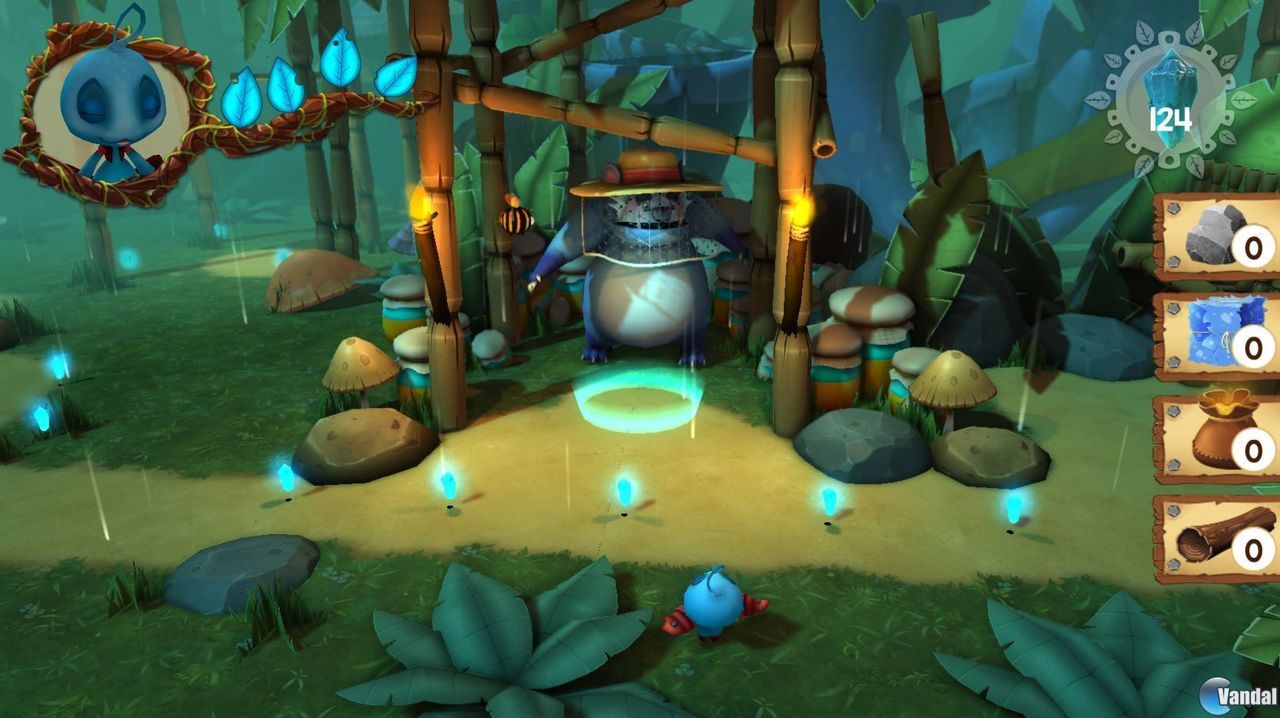 There are also a handful of boss fights that, unfortunately, are not much more than a distraction. One of the biggest weaknesses of Ginger: Beyond the Crystal is that it never really manages to up-the-scale of the experience. The story fails to really gain any steam, taking a very laid back approach. The bosses almost seem to pop up out of nowhere and disappear almost as quickly. The lack of any challenging puzzles, as most tend to be spoon-fed to the gamer, also does not help matters.

Ginger: Beyond the Crystal is an enjoyable experience that will satisfy any gamer searching for a nostalgic trip down memory lane. It would have not been out of place on the Playstation 2 – but it wouldn’t have stood out as a remarkable title in your collection. It may not offer much of a challenge or much in the way of innovation, but Ginger: Beyond the Crystal is a good enough way to pass a few hours if you’re hankering for a new old-school platformer.

Ginger: Beyond the Crystal is available on PC, Xbox One and PS4. We reviewed the PS4 version.