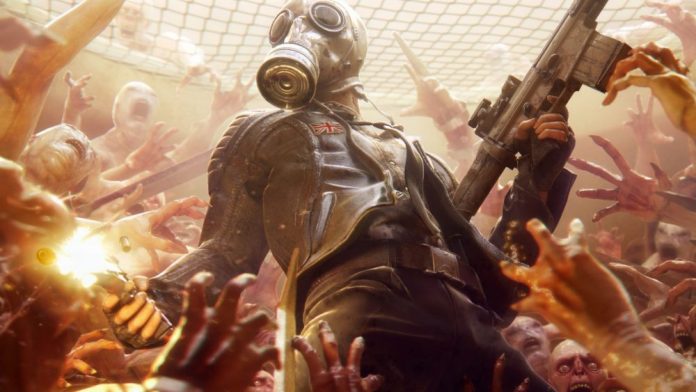 Take a glance at the map around you following a round of Killing Floor 2’s many intense zed-blasting battles, and there’s sure to be a wealth of one thing surrounding you: blood.

As the game’s name suggests, Killing Floor 2 is an online co-operative horde mode shooter that places visceral and gory action firmly at the forefront, with many a squelch, crunch, and splatter gracing your screen. Despite on the surface evoking certain elements you’d expect to see in Valve’s equally gruesome Left 4 Dead series, think more along the lines of Call of Duty’s zombies mode – except a lot more ‘fleshed’ out!

It simply cannot be understated just how important it is to participate in Killing Floor 2’s slick and smooth gunplay as a team rather than alone. Those who have spent time already this year dabbling in the game’s PC early access version will agree; although an offline single player mode is present, there really is no substitute for taking on waves of enemy zombies (or ‘zeds’) with a team of others who are also up for engaging in some itchy trigger, undead shooting action.

Whilst playing, it never failed to impress me just how much time, care and attention to detail can be applied to a wave-based zombie game like Killing Floor 2. Whereas other undead shooter offerings can sometimes struggle to find focus, every aspect of Killing Floor 2’s map design, trade system and gunplay has been expertly fined-tuned to the nth degree – though I guess this sort of level of richness shouldn’t be too surprising, considering how long the game has been playable in Alpha and Beta form.

You only have to look at the game’s in-depth character bios to get a feel for just how thorough Killing Floor 2’s lore actually is. Although rather than disrupt gameplay flow with a series of cutscenes, prologue movie, or title cards, you’re encouraged to dig deep if you truly want to gain a sense for what happened. Why is a reverend and a police constable teaming up with a Japanese gangster? The answer is there if you look and listen hard enough, but let’s be honest: the undead have awoken, so it makes sense to put differences aside. 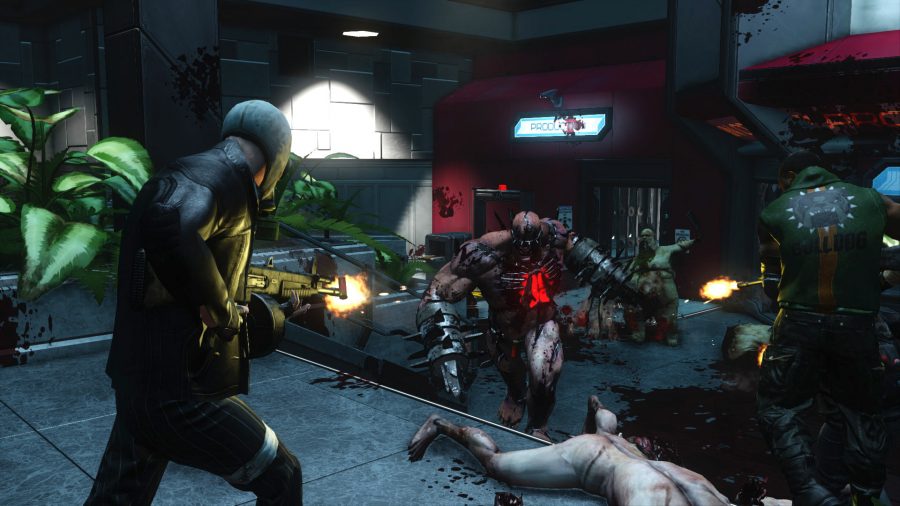 Even by the standards of existing zombie shooters, Killing Floor 2 oozes with a level of gore and darkness not often seen in the genre. Individual rounds play out as expected, with wave upon wave of zeds pouring out from absolutely every inch of the screen, with you and a team of five others being the only thing standing between them and the outcome of George Romero’s next zombie spooktacular.

Zed types are notably varied, with scrawlers, sirens and tank-class enemies constantly keeping you on the back foot. Each time I saddled up for the incoming round up ahead, I found myself looking above with the hope of popping off a few very satisfying headshots, but equally my gaze paid focus to the ground on the lookout for the rather creepy enemy classes that prefer to scuttle rather than stumble.

Killing Floor 2 has its fair share of difficulty settings, perks and round lengths, with any one of two enemy bosses waiting to greet you at the end of a set number of waves in the form of the Patriarch or the propaganda-spouting German scientist Dr. Hans Volter. Both require their fair share of bullets, grenades and melee attacks to overcome, but communication between the team is key in order to succeed.

Each round is broken up by a fairly standard break to allow you to upgrade, requiring you to dash to one of the map’s various drop pods in order to buy new gear, armour up an maybe add an additional attachment or two. Should you die in the middle of a round prior to victory, sure enough you’ll respawn in the upcoming one, but without these precious upgrades you’ve spent so long accumulating. Character skin isn’t tied to perk levels however, so you can mix and match as you please.

All in all, Killing Floor 2 presents 10 perk classes to choose from: Berserker, Command, Demolistionist, Field Medic, Firebug, Gunslinger, Sharpshooter, Support, Survivalist and S.W.A.T – and while this may seem like a lot for a game with such a tight focus, their main purpose is to dictate your starting loadout at the beginning of each match, and they level up relatively quickly over time. Each loadout/perk class is far more effective at particular types of enemy however, and with only six in operation at any one time with no switching between rounds, it’s always worthwhile to weigh up the odds when first going in. 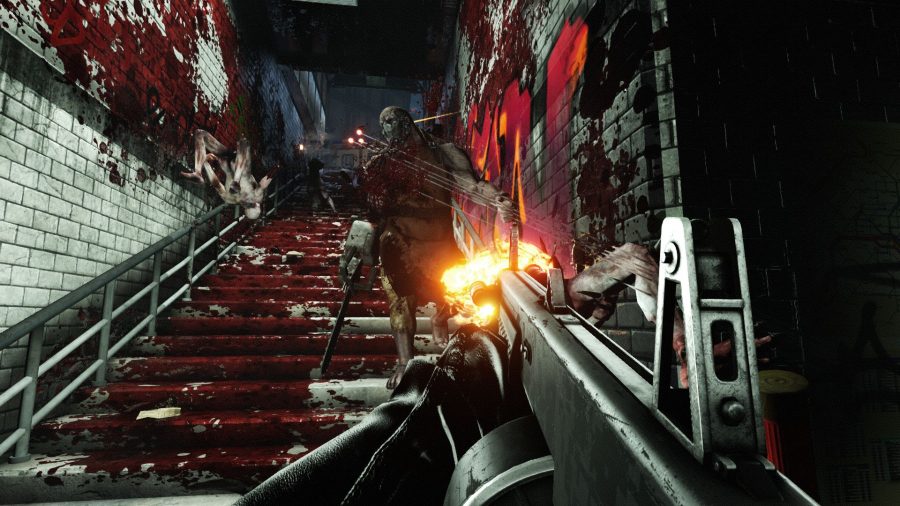 So whilst the core feeling of shooting any one of the guns featured in Killing Floor 2 always manages to feel immensely satisfying, what isn’t so satisfying is the odd matchmaking hiccups. Post-launch it wasn’t always easy for me to find a team in which to do battle on the PS4, even when selecting a specific region’s separate server in the menus. Hopefully this is just a minor stumble for what is otherwise a well-refined and enormously gratifying zombie horde experience; it’d be a shame for so many to miss out on Killing Floor 2’s new to the series PvP multiplayer portion.

Killing Floor 2 is an amazing example of how to take a gameplay element often pushed to the wayside in other blockbuster releases, and refine it to such a degree that hardcore fans of the experience can’t help but be impressed and have plenty to do. So while Killing Floor 2 might not have much to offer those who prefer doing their zombie killing on the set tracks of a story campaign, it’s an in-depth shooting gore-fest of an experience whose addictive gunplay won’t fail to keep you coming back for more!

Killing Floor 2 is available on PC and PS4. We reviewed the PS4 version.