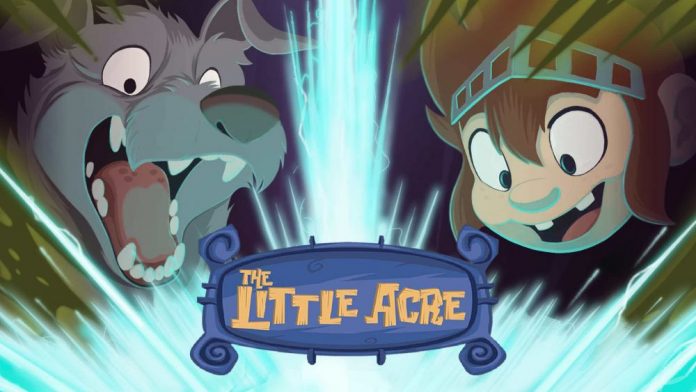 In a twitter post Pewter Games Studios announced that The Little Acre will now be releasing on 13th December.

Pictured with the announcement are the three central characters of The Little Acre being as adorable as they are in game. Though the release date has changed, don’t in any way let that stop you from getting The Little Acre on release; I highly recommend you do.

Hey everyone! The Little Acre's release date is being moved, but don't worry – it's only by a matter of weeks. New date is December 13th! pic.twitter.com/FvYeapdMnW

I mean, look at the dog, Dougal. Just look at him! Bless him, he can’t help it.