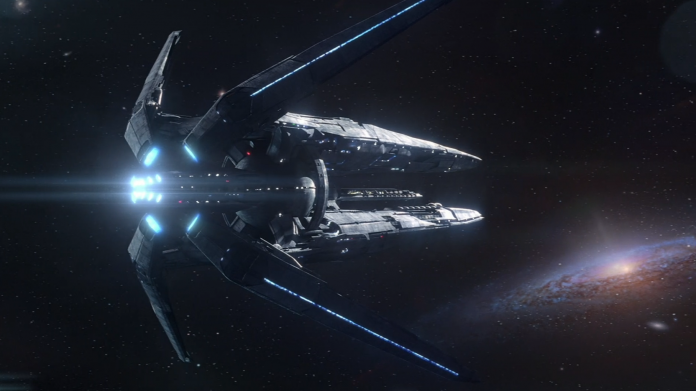 As any Mass Effect fan would know, today is N7 day – see if you can guess why. Bioware and EA said last week that Mass Effect: Andromeda would be getting its official cinematic reveal today and it’s here.

The reveal comes in the form of a minute-and-a-half trailer revealing the beginning of the world and characters we will be introduced to next Spring. Massive beasts, unknown structures and plentiful aliens are abound – but not too much gameplay. The trailer itself is “In Engine” so while partially representative of what Mass Effect: Andromeda will look like a full gameplay trailer is coming December 1 at The Game Awards

Also revealed earlier today was the box art and the contents of the standard and deluxe edition of the game. There is also a £280 collector’s edition featuring a remote-control Mako – otherwise known as nobody’s favourite section of Mass Effect 1.

So while there is still no gameplay or official release date for Mass Effect: Andromeda this hopefully starts the mark of more information rolling in. As with any Mass Effect and EA title, gorgeous visuals and large scale are ever-present – and of course some alien lovin’.