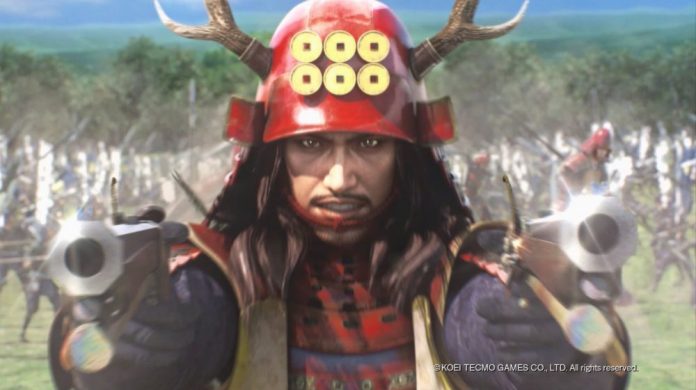 The scope of this title is tremendous.

Simulation and strategy reign supreme, as you balance everything in your world. Start from the bottom and climb the ranks, or dive in already in full control. Whatever your choose, Nobunaga’s Ambition: Sphere of Influence – Ascension will satisfy. Fans of sim/strategy games should definitely give this one a try. It’ll take some time and effort to get the hang of, but the payoff is a fantastic experience. Ascension is a great add-on to an already solid game.

Simulation games are staples of video game history. They are usually dense, intricate, massively detailed titles requiring commitment. Nobunaga’s Ambition: Sphere of Influence – Ascension is no different. Set in the Sengoku period of Japan, you’ll live out historical events of the era. Developer Koei Tecmo has clearly put an insane amount of research into this game. You’ll communicate and interact with some historical figures of the time and progress through accurate timelines. There is a lot to sink your teeth into here, but with time you’ll learn the flow of the game. It’s certainly one of the better strategy titles this year, and arguably the best on PS4; it should be given a look.

Before you get stuck in the enveloping world of the game, it’s highly recommended you do the tutorial. It runs about forty minutes, but the information gained is invaluable to your success. You’ll be given simple, easy to follow guidance through all important parts of the game. Combat, building, investment, land conquering – all of it will be covered. What is best about that tutorial though, is that it will cover how to operate at all levels of the game, no matter your rank. The game is impressively deep, but the tutorial is expertly crafted to prepare you. Once you feel like you understand how to run things, you can jump into the meat of the game. There are plenty of scenarios for you to choose, and they all basically function the same. 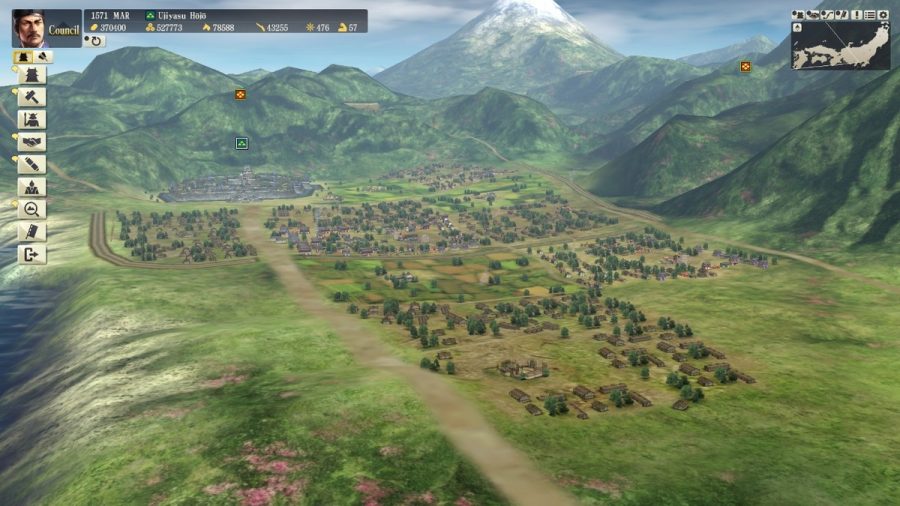 There are five different statuses you can hold in Nobunaga’s Ambition: Sphere of Influence – Ascension. From lowest to highest they are: Retainer, Chamberlain, Lord, Regent, and Daimyō. The progression from rank to rank is slow and tedious, requiring time and effort. At first, most of your time will be spent bringing in money and resources in, but as you progress, you’ll be able to command armies, conquer (and keep) castles, and dictate the flow of smaller colonies. Early on, the game is quite slow and very repetitive and you’ll be fast forwarding through a lot of it, but it’s worth sticking with. Missions will be handed out during monthly meetings, and completing them earns you honour. The more honour you have, the quicker you will rise in rank.

Like most simulation games, you’ll be doing a lot of the same things over and over. Climbing the status ladder, however, will enable much more for you. Ascension introduces Siege Battle and Naval Battle, which are large-scale fights you fully control. Alongside that, Officer Play and Garden Politics are also available. Officer Play is basically the standard mode, not a preset scenario, in which you climb the ranks of your people, fight and work with other clans, and even switch allegiances. Garden Politics is stationary gameplay basically, as you are given control of land and told to protect it. Complete missions, gain honour, and eventually become a Castle Lord and dictate all development in your region. There is plenty of fun to be had in all these modes, however, there is little replay value for a casual gamer. One climb through the ranks is more than enough for most.

That being said, there is a lot to admire here. The detail and research put into the game is worthy of praise alone. Any simulation or strategy enthusiast will definitely enjoy themselves. It is, however, built upon a need for intense dedication. The combat, though fairly engaging for a simulation title, gets bogged down by repetitive tactics and moments. It’s a game that had incredible ambition, but falls short on a few ends. While PC players may find something better, PS4 players are strained for a better title in this genre. Ascension is at its best when you allow it to wow you, let it win you over. I’m not a huge simulation fan, but this impressed me. It requires as much patience as the developers had, but it rewards you. With that, Nobunaga’s Ambition: Sphere of Influence – Ascension is a staggering accomplishment, and a pretty darn good game, too.

Nobunaga’s Ambition: Sphere of Influence – Ascension is available on PC and PS4. We reviewed the PC version.