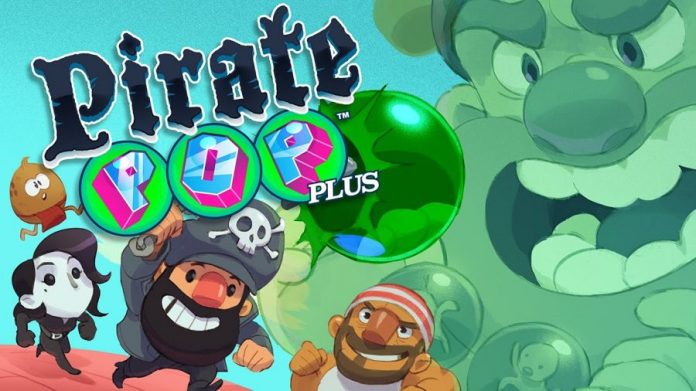 Pirate Pop Plus is a game that tries to emulate the good ol’ days of the original Game Boy.

Including such aesthetic pleasantries like a monochromatic screen, faceplate, d-pad, and even going so far as allowing decals/stickers to be placed around the unit, the game does its best to make you feel like you’re playing a classic Game Boy game.

I may have already lost some of you at that point, because you’re likely to tune out either due to never owning a Game Boy yourself, or because the limitations of the platform are more restrictive and annoying to you than they are appealing. For those of you that find this retro visual style charming and unique however, stick around. What you’ll find in Pirate Pop Plus in terms of aesthetic style is exactly what you’d expect from a classic Game Boy title: pixelated 8-bit graphics and a chiptune soundtrack. The game goes some extra length, however, by adding all kinds of customisation options such as choosing which mix of soundtrack you’d like to hear, what character to play as, and then a list of achievements to unlock across the game.

So what is Pirate Pop Plus? Well, playing as your chosen character (there’s more than one, each with different stats!), you’re locked into a small box-like arena, around which an enemy boss fires bubbles. They bounce around, losing height over time to the point where they’re bouncing quite low and become even more of a hazard than they were initially. If you hit one with your pirate’s hookshot, they divide into two smaller bubbles, and those smaller bubbles will separate once more into two of the smallest bubbles, before a final hit eradicates them completely. It’s possible to hit the enemy boss as well which nets you some points, but he is not able to be defeated completely; only used as a method of achieving a higher score. Not missing a successful hit on a bubble will get your multiplier climbing higher, which in turn means more points!

Along the way there are random powerups to collect that will give your character a gun, a hookshot that attaches to the opposite end of the arena instead of disappearing as it usually does, stop time, or give you a shield etc. The aim of Pirate Pop Plus is to survive as long as you can, and there are a few tricks you can use to help you out, such as not actually needing to hit a bubble with the end of your hookshot, as a bubble hitting the chain will suffice, and you can jump on top of the bubbles Mario-style if the boss flips the arena’s gravity (yeah, watch out for that too!) which is an alternative means of racking up points and avoiding danger for a while. 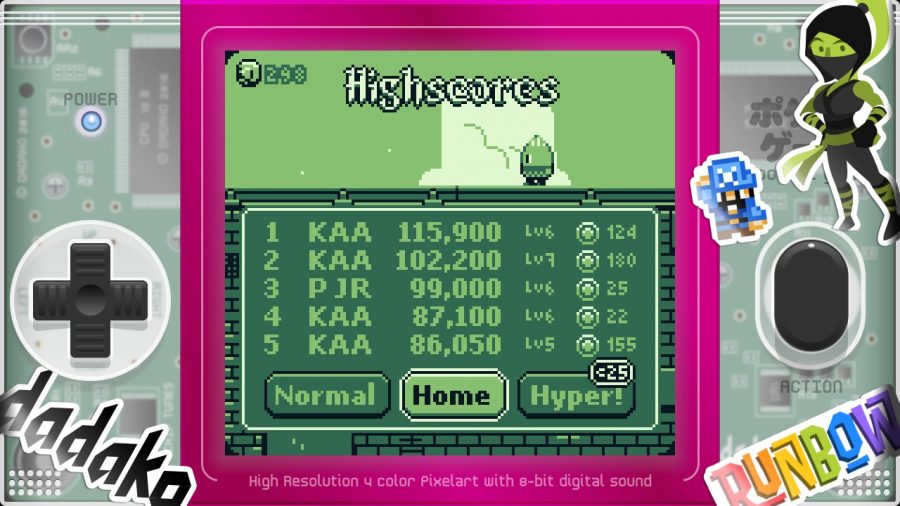 As you play you accumulate coins, which can be spent on things such as extra characters, music, handheld designs and colour schemes, even so far as changing the backlight colour mode of the unit. These little touches are a welcome addition as Pirate Pop Plus does well at tugging at those nostalgia strings.

As far as gameplay goes, it’s quite addictive. What keeps the challenge present is the texture of the movement. Moving your character around isn’t quite as snappy as most platformers; there’s a slight delay and a bit of sliding around as your momentum dies off. It’s all intentional, adding a layer of difficulty, but this floaty/icy kind of movement might put some people off who like feeling as if they have a more responsive character under their control. There’s a definite weight added to the character though, and it certainly makes you pause to think on whether you can successfully execute a tight manoeuvre, or if you should play it safe. In having three hearts, some risks can be taken, as the game isn’t as hardcore-retro to only allowing you one chance!

Overall, the presentation of Pirate Pop Plus hits the mark. The sprites are very well designed, and they achieve a great deal considering the limitations of the art style. Everything is faithful to the constraints of the system it’s trying to emulate. The buttons of the Game Boy-style device move around as you play the game, giving a real sense of playing the system yourself. Alongside highly compressed chiptune music, the illusion is very well crafted.

Pirate Pop Plus is short and simple, which for what it aims to do is a positive thing rather than shoehorning in extra content for content’s sake, such as online multiplayer, map editors, and other modern features. In this case, less is most certainly more. So it simply becomes a case of whether this kind of repetitive/wave-based gameplay is your cup of tea, and whether the visual style of the Game Boy era is something you can get along with. Assuming you can appreciate, or at the very least tolerate the game’s decisions in those areas, then you have a cheap and fun experience here in Pirate Pop Plus. It’s nice to see games try and experiment with different designs, and playing a Game Boy-inspired game that keeps things mechanically simple and fun is a breath of fresh air in an industry which is always pushing for high fidelity and depth/complexity.

Pirate Pop Plus is the kind of game I see myself going back to for a brief five or ten-minute session, and whilst this style of game is quite fittingly more appropriate for a mobile/portable system, I can see it occupying some dead time within my desktop experience as well. You might think it lacks variety or depth, but then I would put forward the argument that this isn’t what the game is trying to do. Give it a try; for the price I think it’s well worth a shot at the very least!

Pirate Pop Plus is available on PC, 3DS and Wii U. We reviewed the PC version. 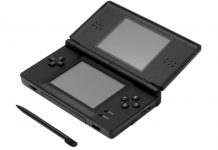 My Nintendo DS Lite Amazed Me