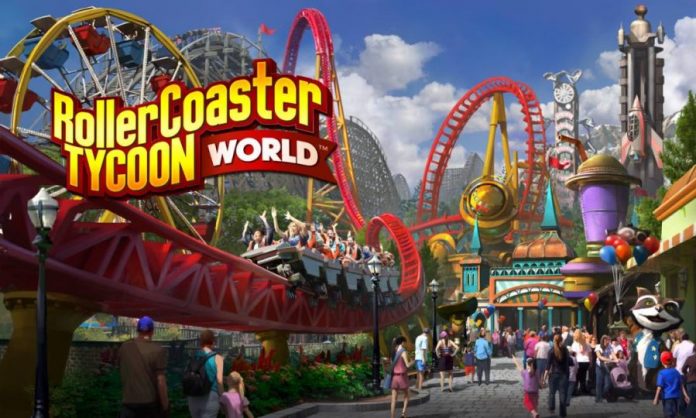 The Roller Coaster Tycoon series is one that brought joy to many during the early millennium.

The endlessly looped merry-go-round tune is simultaneously agonisingly repetitive yet nostalgic and joyful. Yet for all the series’ storied history does to excite me, there is no doubt RollerCoaster Tycoon World comes with a lot of baggage. Its alpha and beta stages of early access were marred with controversy as the game was shuffled from developer to developer with each release soaked in problems. Then add the difficult situation of releasing a day apart from Planet Coaster, a spiritual successor developed by the series’ original creators, and RollerCoaster Tycoon World is already off to a rough start. With the odds stacked against it, will it be able to make a world of a difference and impress despite it all?

The opening of RollerCoaster Tycoon World is a good one. The game’s happy theme takes your hand and brings you into a world that, on the surface, looks like the return of a gaming icon. However, that façade is easily broken. With each move you make in this entrepreneurial adventure, a layer is removed from its shell, until all that remains is the unapologetic mess that it truly is: a remnant, built on the fragmented memories of what Roller Coaster Tycoon was.

Visually, the game looks compromised on modern hardware. While there are a few attractions that look competent enough, muddy textures over the world only spotlight how old the game looks. Somehow, it only feels like a marginal upgrade over its now 12-year-old predecessor, RollerCoaster Tycoon 3. Park guests are even worse, as they appear near-lifeless in silence and in motion, never emoting outside of throwing their arms up in the air and pretending to scream. It feels as if the game was made by a robot giving their best guess at what excitement and pleasure looks like, rather than someone who has felt said emotions before.

In other areas, the game manages to pull off a more appealing look as its style feels reminiscent of other sim/tycoon revivals of late. The sleek menu systems help aid the game’s disappointing visual fidelity, perhaps giving those who are more forgiving the feeling of a cartoonish artistic approach rather than anything realistic. Bright colours and an adequate terrain morphing system work well enough, making the overall experience passable instead of a complete assault on the eyes. 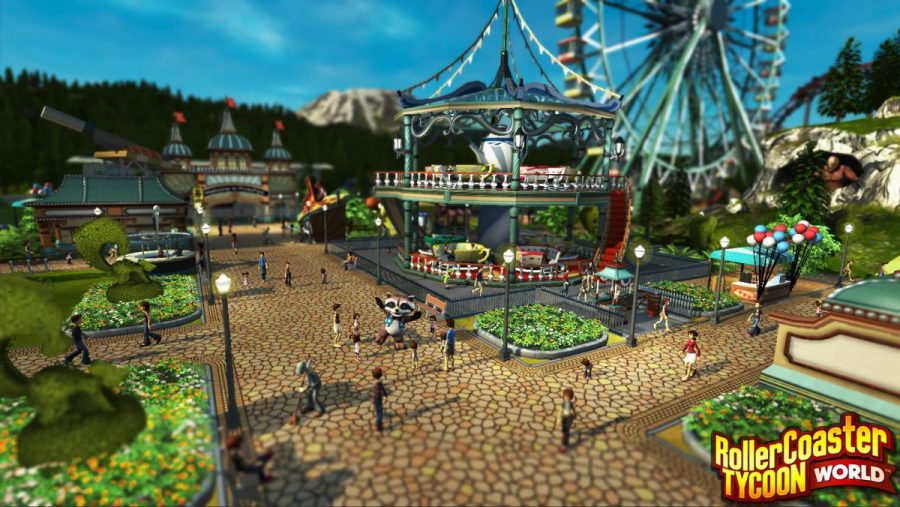 Unfortunately, there are also several technical issues that plague RollerCoaster Tycoon World as well. Load times are unpredictable, ranging from understandable to mind-numbing as the game stalls on 100% for inexplicable reasons. The framerate is also a disaster as it begins to slow as your park becomes more populated and complex. As your park pathways become congested with guests, sometimes numbering into the thousands, the game will have a difficult time keeping pace. It makes it even more difficult when you try to edit anything in the park, making the game slow to a stop and, on occasion, completely hard crash. While there are noticeable upgrades in performance from when the game was in Early Access, this is still an unacceptable state for a game that visually is so unimpressive.

It makes RollerCoaster Tycoon World so disappointing. Dated visuals and performance issues make for a deadly poison, all for a game that, at its core, is still as fun as it ever was. The fundamentals are all here to make a game that at the very least relives the glory of its past. For what it’s worth, that experience is still a fun one even with these complaints. However, there’s a rather large asterisk on that statement.

Although the game is separated by the other games in the franchise by more than 10 years, it lacks any ingenuity or innovation. Unfortunately, a new coaster-building tool is as far as you’ll get if you’re looking for something fresh, and it’s a tough to admit it as a good addition. While it immediately feels awkward building your roller coasters via pointing, clicking and scrolling your wheel to adjust turn angles, it will work just as well as the old piece-by-piece method (which is still optional) if you give it enough time. Aside from that and the “influencers” that work more as annoying roadblocks than interesting challenges, there is nearly nothing new in RollerCoaster Tycoon World.

It’s a heartbreaking sort of failure that lands face-first on the sad end of bad games. It won’t cause as many laughs as it did in Early Access, but also won’t give you as many thrills as the originals. RollerCoaster Tycoon World is a fumbled hodgepodge of ideas that are emotionally detached from what makes a Tycoon game great. There is little fun to be had here unless you put in the maximum amount of effort which, even then, won’t ever live up to the series’ historic roots. 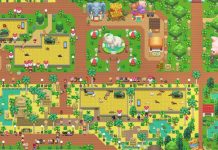