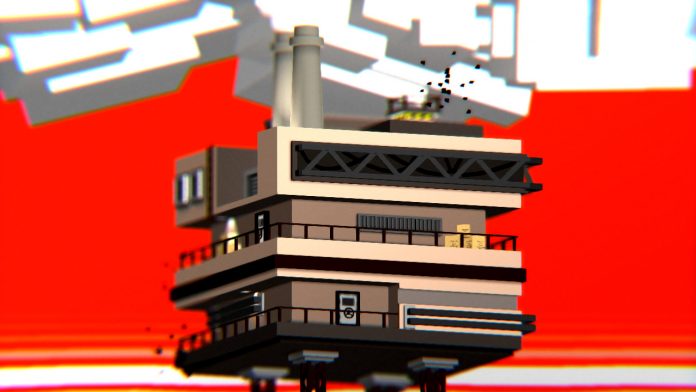 In the changing video game landscape, many games produced today would’ve been unimaginable even just 10 years ago.

More and more, developers are challenging the preconceived notion of what a game is, and for that matter, what it can be. Indeed, it appears that smaller games, often developed by independent studios, are where previously unimaginable concepts thrive, and nowhere is this more evident than in recent works over the past few years. The Fullbright Company made what was essentially just walking around a house utterly engrossing in Gone Home, and Psyonix made car football a mainstream form of entertainment last year with Rocket League. The fluid and evolving nature of video games is what makes the industry so interesting, entertaining and enjoyable. However, there are often times when novel concepts simply don’t make for particularly interesting games, and sadly Small Radios Big Televisions is one such instance.

This unique puzzler cross point-and-click adventure, developed by Canadian studio FireFace, tasks players with navigating their way through multiple factories, scouring for lost cassette tapes and solving numerous puzzles as you do so. Yet, whilst the game initially begins in an acceptable manner, Small Radios Big Televisions quickly devolves into a monotonous and frustrating exchange between boring back-tracking and infuriating puzzle design.

Small Radios Big Televisions begins simply, employing the title’s minimalist art style to great effect, whilst enticing the player to enter its first factory in the hope of understanding the place and time in which you suddenly find yourself. The opening moments of the game set the tone for what is to later come, as no direction or instruction is provided as to where to go or how to progress. Instead, you must learn how to advance through your own patience, and by utilising a great deal of trial and error. Whilst this is not necessarily an issue at this early stage, as the first factory is not particularly challenging, in later levels, the game’s obtuse design choices become increasingly annoying. Nowhere is this clearer than in the game’s story, something which is perhaps the most interesting and intriguing aspect of the experience. Small Radios Big Televisions’ tale of technological self-indulgence and corruption is one that is genuinely thought-provoking and kept me willing to continue struggling amidst the frustrating web that is the title’s gameplay. Yet, in order to fully experience the game’s story, it is required that you find collectible lenses hidden within each level. It is absurd that an integral and fundamental element of the game is hidden away from the player. 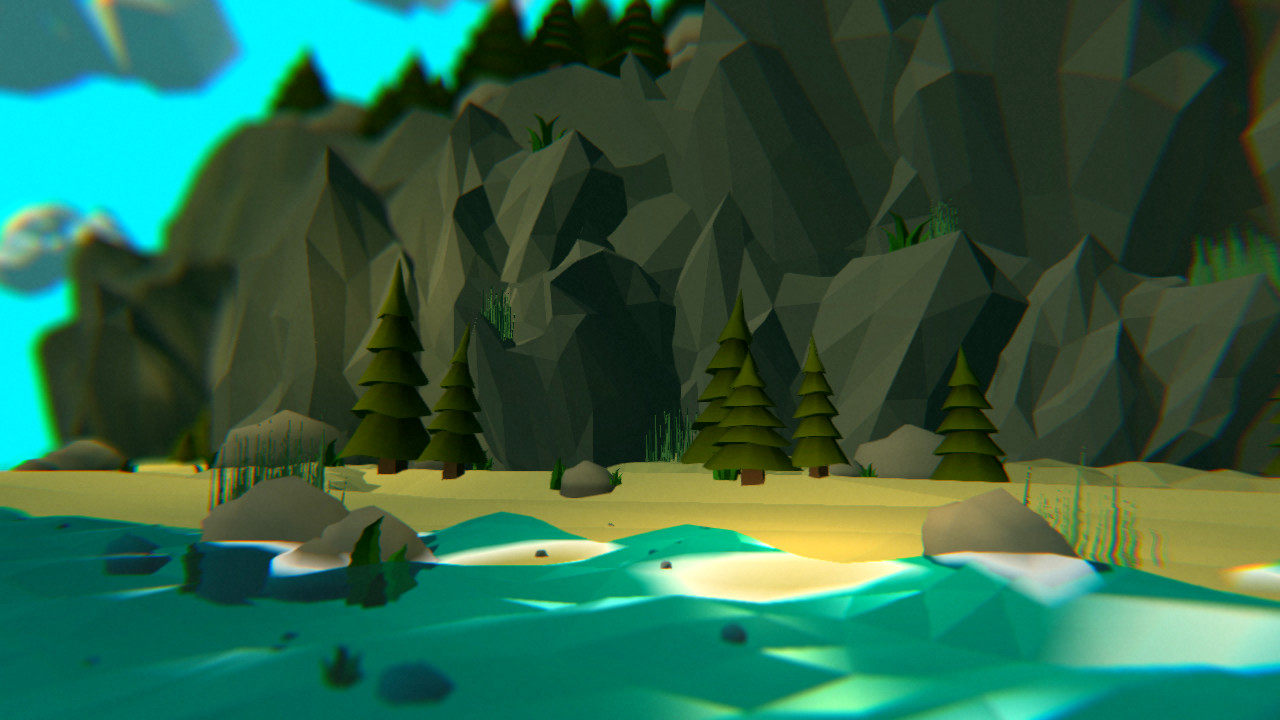 Gameplay on the other hand, is shared between exploration and puzzle-solving, though both types offer their own annoyances. Exploration is conducted in a point-and-click manner, with the player being able to interact with certain doors and vents within each factory’s narrow corridors and halls. Whilst doing so, the game tasks the player in collecting cassette tapes that can be listened to and altered in order to obtain green gems that are required to open locked doors. In order to obtain these gems, or keys, it’s up to the player to alter the tapes through using machines that distort them. Through listening to the tapes, the world around you is changed to several unique environments that play into Small Radios’ overarching narrative, and here is where the gems can be found. Listening to the tapes is one of the game’s small redeeming factors and often creates moments of pure audio-visual delight. Sadly, these instances are too infrequent and are strongly and unwantedly overshadowed by Small Radios’ other issues.

Exploration has many problems, including a continual sense of being lost and travelling in circles; a problem which is far from addressed with Small Radios Big Televisions‘ superfluous map. However, these nuisances pale in comparison to the title’s lacklustre puzzles. These dilemmas often boil down to simply distorting tapes in order to find gems, or flipping switches in a particular order, so as to reveal additional areas. Occasionally, Small Radios introduces some puzzle-design flair and challenges that require a moment’s thought. Unfortunately, these instances introduce further annoyances to overcome and underscore the game’s frustrating design choices. Coming across a mechanism to solve often forces a great deal of back-tracking in order to find the item that is required to solve the challenge. Yet, in doing so, the game’s inherent sense of being lost is brought to the fore. The cyclical and tiresome nature of Small Radios’ gameplay too often makes you wish that it would just all end. This is a feeling that is exacerbated by the game’s poor controls and unhelpful camera, which only worsen the already terrible navigation of the game-world.

Where the game is noteworthy however, is in its overall presentation. Music is brilliantly and simultaneously techno and tranquil, and the worlds that you can visit  deliver unique sounds and sights for you to absorb. Indeed, Small Radios Big Televisions’ abstract art design is uniquely beautiful and is what kept me fascinated to see each new world. The colourful and almost cubist design of the game’s locales is a novel idea that actually delivers on bettering the overall experience, creating brilliant, if infrequent moments of audio-visual treats for the eyeballs. 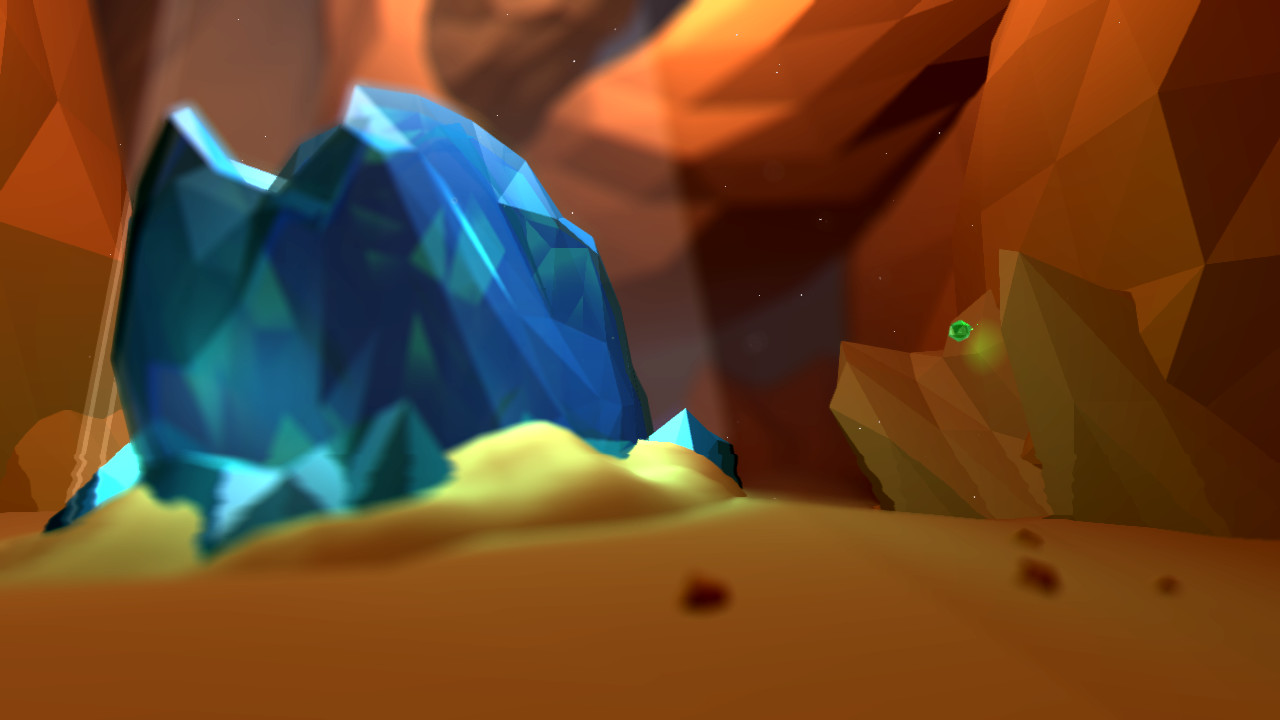 In summary, Small Radios Big Televisions is a game that I wanted to enjoy, yet the entertainment never materialised. For every instance of elation, there are three, if not more, occurrences of frustration, annoyance and downright anger. Whilst the story may indeed be interesting, the fact that it is difficult to experience as a whole means that I cannot recommend the game on this merit alone. This is especially true when gameplay is as vexing and as unenjoyable as it is here. I hate to use the phrase, but Small Radios Big Televisions is the embodiment of style over substance, providing a beautiful world that warrants exploration, yet does not provide the tools or the desire to do so. The handful of hours that it will take to complete the short story are simply not worth the effort of doing so, and can be spent much more enjoyably on almost any other title released this year.

Small Radios Big Televisions is available on PS4 and PC. We reviewed the PS4 version. 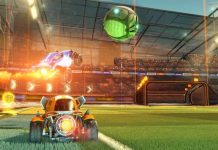