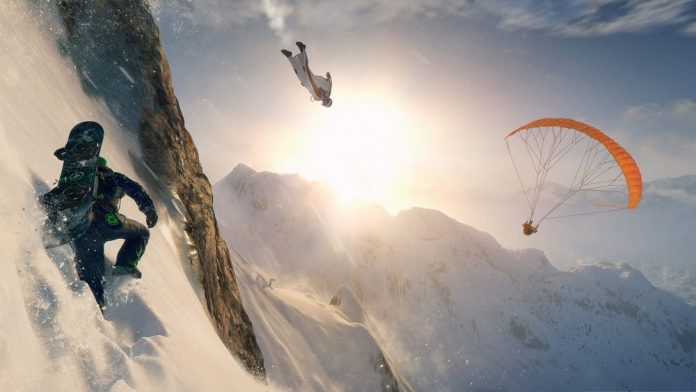 Thanks to the recent open beta, I managed to spend some time with Ubisoft Annecy’s promising open world winter sports title, Steep.

As a fan of series such as SSX and Amped, it unfortunately didn’t quite set my world on fire like I hoped it would, but it does look set to allow players to have unrivalled wintery fun with their friends.

Encompassing four disciplines – snowboarding, skiing, paragliding and wingsuiting – Steep is all about giving you the freedom of travelling down snowy mountains in whichever way you please. Selecting drop points to get you into the action is both easy and fast, and by whipping out your binoculars when taking a moment for a breather, you can scout out new locations to begin some lines from too. Whilst making your way down the slopes is enjoyable in itself though, seamlessly entering into challenges along the way is where the real fun is to be had.

Whether you’re competing to reach the finish line first or to score the most points, Steep’s challenges are both entertaining and addictive. Quite handily, they can also be quickly restarted at any time by holding the Y or triangle button. The controls for the various disciplines can take some getting used to at first, sometimes coming across as a little twitchy, but once you’ve got used to their intricacies you’ll find yourself instinctively pushing for the gold in each and every challenge you come across. What’s more, in addition to being able to join up with your friends to engage in your sporting endeavours, you can create your own challenges and share them too, making Steep an enjoyably social experience. 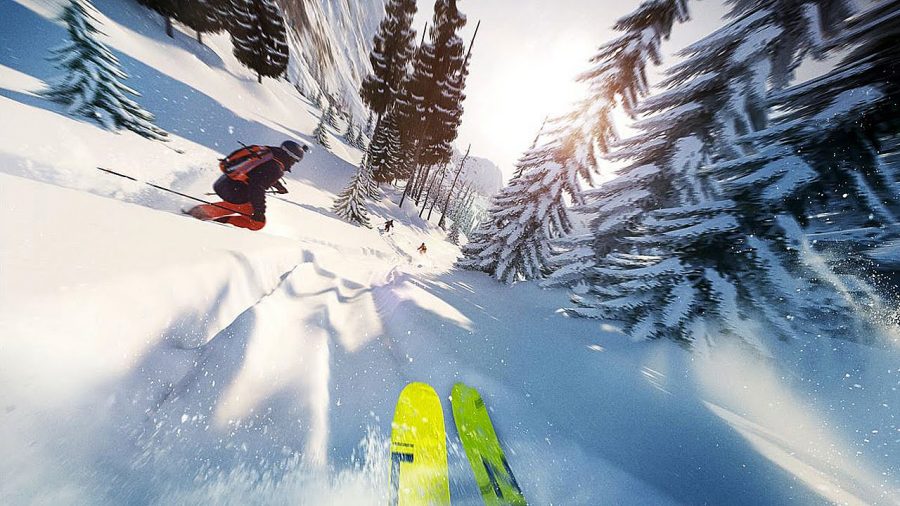 When out having fun on the slopes in any way you please with your friends, Steep is undeniably at its best. Upon beginning to tackle its story missions and objective driven runs however, things become a little underwhelming. Whoever decided it would be a good idea to make you painstakingly follow a computer controlled character down a hill whilst an awful voiceover spews incomprehensible nonsense at you in a sports game needs their head examining to be brutally honest. And whilst I appreciate some objective driven gameplay to test one’s abilities, Steep tends to frustrate by requiring a level of accuracy and control that just doesn’t seem to be there.

Set to be released on 2 December, I can’t imagine Steep’s story missions or objectives being made any more compelling or enjoyable by its launch. Given the strength of the game’s social features and sheer number of thrilling challenges however, I doubt that they will stop it from being the best winter sports title available on the current generation of consoles. That may not sound like too much of an accolade when you consider that its only competition is the lacklustre Mark McMorris Infinite Air, but I feel like Steep lays solid foundations which Ubisoft would be wise to build upon to make it shine.

Hopefully GameSpew will have you covered with a review closer to release to give you our verdict of the finished product, but however Steep turns out, I’m sure I’ll be chilling out and carving some lines in its fresh snow at some point this December.