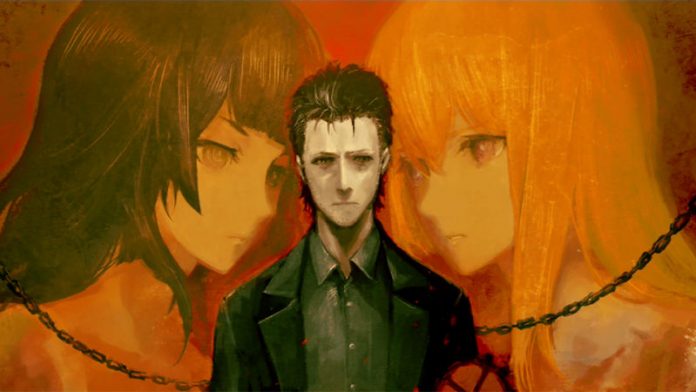 Steins;Gate 0 is the highly anticipated follow-up to the critically acclaimed visual novel developed by 5pb. and Nitroplus, Steins;Gate, originally released in 2009.

The original told the haunting story of a young scientist determined to create the world’s first time-travelling machine and the cause and effect that comes with such an invention. 0 slightly redirects those themes while managing to recapture the heart that made the original so endearing.

Steins;Gate 0 is following up both the first visual novel but also the Steins;Gate anime adaptation, which is considered as one of the best of all time. Unlike recent releases like Psycho-Pass: Mandatory Happiness, which started as a successful anime then made the leap to PlayStation in the form of a visual novel, Steins;Gate took the opposite route. The popularity of the anime even spawned a sequel film, Steins;Gate: The Movie − Load Region of Déjà Vu, and an adaptation of Steins;Gate 0 is currently in production. An alternative version of Steins;Gate saw a re-release in anticipation, (and celebration) of this upcoming sequel, with a new ending that directly leads us to  where Steins;Gate 0 picks up from.

It is safe to say that 0 has huge shoes to fill. Not only does it have to follow one of the best visual novels ever – one that was not really written with a sequel in mind – but it also has to offer a continuation for fans who may have only previously seen the anime. And as great as the original 2009 release of Steins;Gate was, to me, the anime did end up feeling like the definitive version. Therefore, before jumping into Steins;Gate 0, I’d be tempted to recommend that if you’ve only ever experienced the anime, you’d be better waiting until its sequel is released in next year – especially if you have never played a visual novel before.

That disclaimer is by no means an indication that Steins;Gate 0 is a disappointing return to Akihabara, however. Set in the Beta World-line, it begins in the middle of the previous game’s ending. After repeatedly failing, Okabe returns from his time-travelling attempts to save Kurisu, a broken shell of a man with blood-stained flashbacks to the love of life fading to nothing within his arms. As with the previous title, Okabe knows that if someone is fated to die, then there is very little one can do to save them.

Steins;Gate 0 introduces us to a completely different Okabe from the previous title; or more specifically, one who has been through hell and not really made it out. The loud-spoken and enigmatic figure that fuelled the first half of the original journey has ben replaced with a tired young man suffering from PTSD. 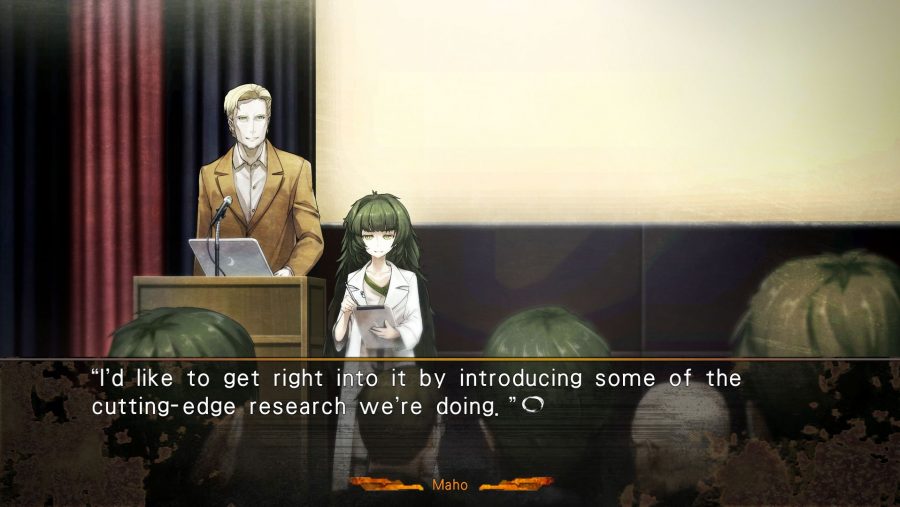 I do not want to go too deep into the story, as Steins;Gate‘s sole appeal is the narrative that is told through the eyes of its well-written characters. 0 is definitely not a step back in this regard. We are introduced to a few new faces, including two scientists from America that had worked with Kurisu, but crucially, the pacing of this game follows the first one quite closely. The majority of the main plot is fuelled by the interactions of Okabe and these two scientists as he is enlisted to aid them in their AI project entitled “Amadeus”. The “phone-choices” that you may be familiar with from Steins;Gate return as the only real form of interactivity.

Do not go into Steins;Gate 0 expecting action and huge, exciting moments for the first few hours; careful character interactions and world-building take central stage. Each fantastically animated personality, from the bubbly Mayuri, the perverted Daru and Suzuha Amane, the teenage time traveling war veteran, continue to reveal more of who they are and why they act the way they do. As the first game/anime took place in the Alpha World-line, Steins;Gate 0 feels like a slightly twisted version of what we know. These loved characters have reacted to different outcomes, causing them to develop into alternate versions of themselves.

The writers take the time to peel away the protective layers to create some genuinely deep and enjoyable characters, ones routed in familiarity but  who have been forced by circumstance to push beyond their shells. A new child character is also introduced, seemingly out of nowhere, that ties in with Suzuha’s troubled backstory and provides another unique sub-plot for the audience to follow through on.

Still, although the entire cast is given their time and place within the narrative, Steins;Gate 0 is definitely Okabe’s story. The fate of the entire world is placed into his shaky hands, as he attempts to find a way to reverse the course of history to avoid the Beta World-line spiraling into World War III and the mayhem that comes with it.

Steins;Gate 0 is an easy recommendation for players that enjoyed the first visual novel and want to see what could have happened had certain events turned out differently. It is a well-written adventure, with a great sense of tension and brilliantly-written characters. Against the odds, it manages to meet the rather hefty standards set by its predecessor, and that’s pretty high praise.

Steins;Gate 0 is available on PS4 and PS Vita. We reviewed the PS4 version.