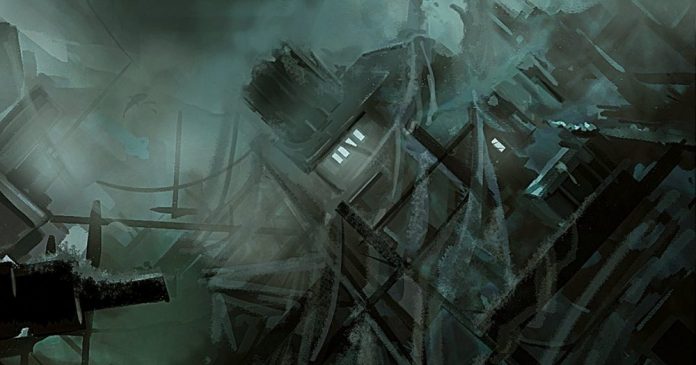 I enjoyed my first trip into the great underground ocean that is the eponymous Sunless Sea during my admittedly short maiden voyage.

I died quite quickly and was eager to get back into a new ship and tackle the great unknown. And so I did, and slowly but surely I happily unravelled many of the mysteries the game had to offer. When I heard there was more content in the form of Zubmariner DLC, I was quick to jump back in and trawl the ocean floor of the underground ocean. Sadly, after grinding my way to the new content, just booting up the game filled me with more dread than actually playing.

For the uninitiated, Sunless Sea is a text-heavy exploration/resource management game where you play a ship captain, responsible for fulfilling a life’s ambition via making hunter/gatherer expeditions into a partially procedurally mixed-up map of islands varying in flavour. The game is played top down looking upon your ship and interactions with the denizens of the various islands are all done via text-based choices. This first DLC promises a submarine conversion to your vessel, with new underwater locales to chart, denizens to combat and stories to unravel.

I loved the focus on writing and story in the game, which pulls no punches and treats you like an adult. While this high standard has mostly returned in Zubmariner, with a few exceptions, much of the old is still old, which means I had to parse through all that text all over again. It’s a bit of a theme as it turns out, since the game, especially early on without your engine upgrades, moves extremely slowly. This pace, when you don’t know what is awaiting you on each island, builds suspense. I do know my way around though so between re-reading the same verbose plotlines and watching my tiny ship inch along the map, I tangibly felt my enthusiasm being drained from me as I progressed. I did enjoy the adjustments made to the original storylines, like on the island with the warring rats and guinea pigs, but the shots of energy were extremely few and far between. Even things like the inept combat system are back in an unaltered state, with enemy AI usually unable to handle my genius technique of continually steering into them like an affectionate near-sighted dog.

After some time, when I finally did manage to explore, collect and upgrade enough to venture to the dangerous parts of the map where the submarine transformation resides, I’ll admit that I was not too pleased having to swamp through familiar ground for a pretty absurd amount of time. After a few fetch quests to retrieve the necessary schematics, I was finally ready to dive into to the murky unknown. What I found down there however did not do much to improve my mood. While there is indeed an entire new area under the already large map, the actual points of interaction are pretty few and far between so cruising in your submarine leads to extremely long periods of murky nothingness. 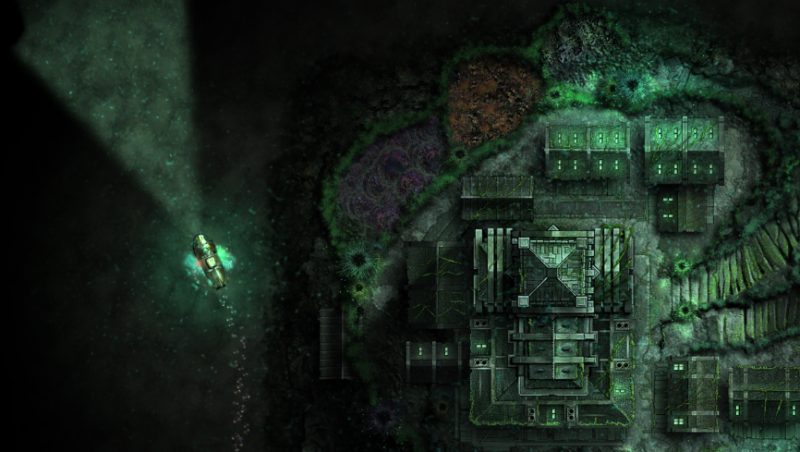 The only real incentive you have to find and see these new locales (besides to relieve the trance-like state the game puts you in) is to drop off what equates to mail into the underground mailbox. For me, this illuminated two major shortcomings: first, is the poor integration of the new content into the vanilla game and second is the limitations of this form of text based narrative.

DLC (for the most part) comes into two good flavours: utilising the existing world to deliver a new experience in a new setting and augmentation the existing setting in a new and meaningful way. Zubmariner fails to reach a satisfying benchmark for either; the new explorations zones are technically new, but it’s pretty barren and essentially the same as the the old world. There are no threads that convincingly tie the old world with the new and the new always feels painfully shoehorned in. So going on the second definition, there just isn’t enough difference in the experience to really get excited. The formula and tools are the same: roll up at a port, talk to whatever kooky denizens require your help and shuttle off to the next.

The stories are still there mind you, I was still mildly interested in what was going on. The team at Failbetter are amongst the best at crafting interesting plotlines and I don’t mean to insinuate that the content is below their standards in that department. But it’s this extra time spent in the game which to me exposed the limitations of leaning so heavily on text-based narrative. They try to give stories some variable wiggle room (i.e choose this path or that path etc.) but the pretty strict narratives hamstrings replayability. And while having a story-rich game is fine, for me at least, there needs to be an additional element in the game to anchor me in. In other words, I was never really able to shake the feeling that I was just schlepping from one choose-your-own-adventure to another. The game is competent enough in its game design, but competent is just not enough to keep me invested in getting from place to place. Throwing me into a submarine and adding some new gelatinous baddies to play a game of underwater jousting just isn’t enough to keep me coming back.

Sunless Sea is a good game and Zubmariner brings a solid amount more of that goodness into the fold. The main attraction (story) is still strong, the game looks kinda cool with its homey hand-drawn elements and it’s an appropriate amount of content for the price. If you’re buying the game for the first time and love a good book, go ahead and pull the trigger. But for anyone who has played the game somewhat extensively or is looking for a more action driven game, I would proceed with caution, because for me, this lack of anything really new was the straw that broke the proverbial camel’s back.