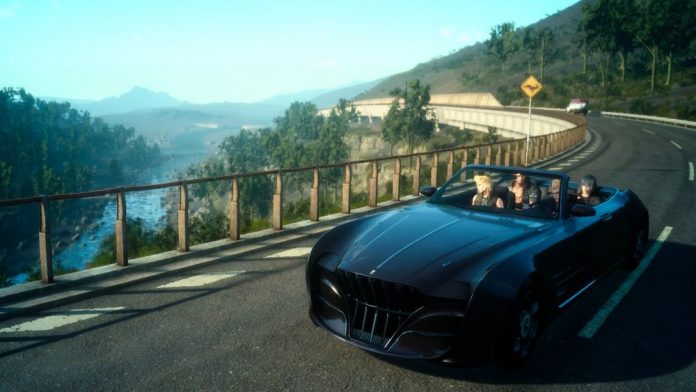 Even now, it’s difficult to admit. Final Fantasy XV will soon be out in the wild.

It’s on the eve of its long-anticipated release that, like a rogue wave, the realisation finally hits me: a game I’ve been waiting nearly half my life for will finally be in my and the world’s collective hands. It’s a strikingly odd feeling to see a journey, one I have imagined taking since the grade school, finally take place before me, and leads me to look back on the storied development of this historic game in a very particular light. More importantly, it’s brought me to realise the astounding amount of changes the game has gone through throughout those ten years – from announcement, to vapourware, to resurrection, and to release.

The story of Final Fantasy XV doesn’t simply begin ten years ago, however. Instead, it begins even further back, when development was finishing on Final Fantasy X-2 and the original Kingdom Hearts, as told in an interview done with 1up.com in 2006. A few high-ranking company veterans, including Shinji Hashimoto, Yoshinori Kitase, and Tetsuya Nomura, all collaborated on a new, multi-game project in a similar vein to their previous Compilation of Final Fantasy VII project. Surrounding a common theme of crystals, a trademark for the series, the project they were working on would eventually be known as the Fabula Nova Crystallis series. The three of them, along with many other Square Enix staff members, worked together to form a common mythology to use for multiple games, while giving the interpretation of said mythology up to the individual game’s creators. Hashimoto described the planning process of Fabula Nova Crystallis to that of Star Wars, paralleling the brand’s ability to expand into multiple sequels both related and unrelated to each other.

The first game to begin development in the Fabula Nova Crystallis series was Final Fantasy XIII, under the leadership of Yoshinori Kitase. Yet, while Final Fantasy XII still was being completed, it eventually pushed XIII’s development from the PlayStation 2 to the PlayStation 3 via Square’s Crystal Tools engine. The project then expanded in 2006 with the additions of Final Fantasy Agito and Final Fantasy Versus XIII, which were helmed by Hajime Tabata and Tetsuya Nomura respectively. A simultaneous reveal of the three games took place during E3 2006, officially unveiling the ambitious Fabula Nova Crystallis project to the world.

The reception was positive for all three games upon their reveal as each title carried with it a distinct style and tone. However, as time passed, the amount of information Square was willing to give slowed as Final Fantasy Agito was renamed to Type-0, distancing itself from the Fabula Nova Crystallis mythology, while Final Fantasy Versus XIII became radio-silent. Even more unfortunate that upon Final Fantasy XIII’s eventual release in 2009 (worldwide in 2010) was met with mixed reception from fans, despite positive reviews and becoming the fastest-selling game in the franchise. 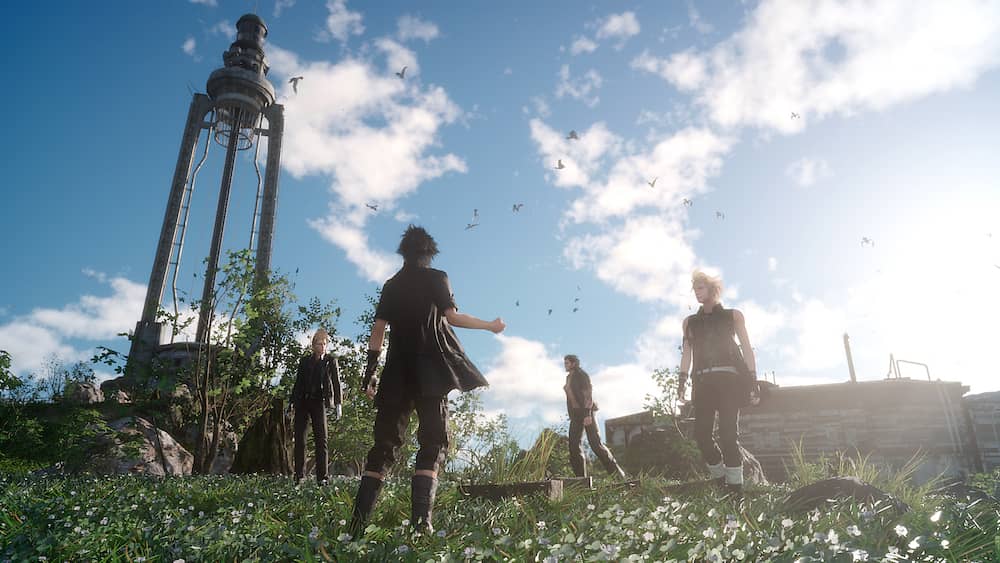 It would be years before we heard from Final Fantasy Versus XIII again outside of the few trailers and the bits of information able to squeeze between the cracks. At E3 2013, the game was rerevealed as Final Fantasy XV, a new mainline entry in the series. For many fans, it was an unexpected announcement, however discussion within Square to rebrand Versus as a mainline Final Fantasy had been going on since 2007, a year after the project initially began. The scope and scale of the project had expanded past their original expectations leaving many to wonder if Versus should even be considered as a spinoff title or not. Eventually, as development shifted from Final Fantasy XIII’s Crystal Tools engine to Square’s new Luminous Studio, the rebranding was made unarguable.

Shortly after the game’s rereveal however, it was announced that Tetsuya Nomura would leave the development of Final Fantasy XV to focus on completing Kingdom Hearts III, as Hajime Tabata, who originally joined the team after the project changed engines, took control over the project. Tabata’s work on Crisis Core: Final Fantasy VII and Type-0 made him a prime candidate for heading up the action-focused Final Fantasy XV, but put pause on many Final Fantasy fans due to his lack of experience on games of XV’s scale. Because of this, Square Enix’s marketing implemented a radical shift in strategy by producing multiple “Active Time Reports” on the game, a level of transparency not often found in the Japanese game development world.

That shift in leadership was a key turning point in Final Fantasy XV’s development, as many of the themes throughout the story of Versus XIII were dropped. Characters were redesigned and, in some instances entirely cut, as Tabata reworked Versus’ story towards one focusing on the bonds of protagonist Noctis in his ten-year journey to become King, and a lighter tone to accompany his vision of a road-trip film. The extensive invasion of Noctis’ home of Insomnia was put into a companion film, Final Fantasy XV: Kingsglaive, which released to mixed reviews. The change was not only in leadership, however, but in nearly every aspect of the development team as the game jumped from Square Enix’s 1st Production Team to Business Division 2, which reincorporated most of Final Fantasy’s main development staff along with utilising external aid with the game from the likes of Avalanche Studios, XPEC Entertainment, and Streamline Studios. However, that’s not to say the road from XV’s rebrand to today has been smooth.

The first big peek we got of the game was in Episode Duscae, an open-ended demo released with copies of Final Fantasy Type-0 HD. Some criticised Tabata for releasing a demo that wouldn’t ever make it to the game’s final release, but it proved as an incredibly useful tool during development. Thanks to Final Fantasy XV’s new action-based battle system, there were a lot of things the development staff needed to relearn while working out the details of its incredibly complex system. Warping, working together with party members, taking down large enemies, it all was new territory for Tabata in his team despite his work on previous games and the information gathered via Episode Duscae eventually prompted an update to the demo itself, showcasing some of the immediate changes they could make on the game. Furthermore, upon the second and final demo’s release, Platinum Demo, the battle system was changed even further and better represents the final product, which we’ll all be playing tomorrow.

More importantly, Final Fantasy XV marks a pivotal moment in Japanese game development. As the country leans more heavily on online and mobile based gaming every day, the potential for big, epic JRPGs dwindles. Despite the plethora of JRPGs we’ve seen as of late, both good and bad, none compare to the size, scale, budget and wonder that has been enthused within Final Fantasy XV. Even if you remove the decade-long buildup, there are few games that can match it. While that clearly isn’t a representation of a game’s quality, I still think it’s an important part of what makes the genre thrive – the push from both ends of the spectrum, forcing bold new decisions.

While Final Fantasy XV has been a whirlwind of emotional highs and lows, throughout its life as both Versus XIII and beyond, this is without a doubt one of the most interesting and complicated development stories in gaming history, second only to the ever-enigmatic and non-existing Half Life 3. Whether you’re a long-time fan of the series like me or someone who has never been interested in it, it’s clear Square Enix wants you to be excited for Final Fantasy. Multiple spinoff games are already out, an animated mini-series aired on YouTube, and the aforementioned Final Fantasy XV: Kingsglaive all combine to help inform you on the world of Eos and Noctis’ journey.

It’s not entirely clear where the game will fall when all is said and done, and it would be wise for us to remember our thoughts of XV’s predecessor, Final Fantasy XIII throughout the coming weeks, in the hope to calm our fervour and wait for the dust to settle before we jump to any conclusions. Nevertheless, come Tuesday morning we will be witnessing history unfold as we play through one of the most anticipated games of all time. Personally speaking, it will be an bittersweet experience as I let go of perhaps the game that has demanded the most of my attention. I’m not sure if I can ever be excited for a game like I have been for Final Fantasy XV, constantly imagining stories for Versus XIII and literally screaming in joy over the game’s resurrection as XV. I feel like I’ll be losing a bit of my childhood in that moment, but I’ll do so gladly, hopefully with a smile on my face.

Let’s do this, Noct.