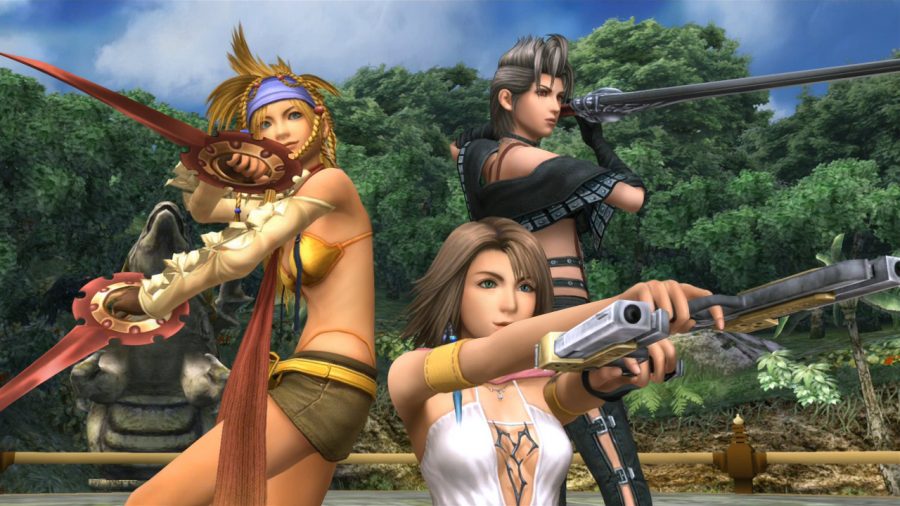 Speaking of job systems, fans who had grown accustomed to the series after the fantastic Final Fantasy VII felt that Final Fantasy X-2 was a bit of a move in the wrong direction. Whilst many of the modern fans of the series were used to having characters in their party versus the role system of earlier games, many old-school fans appreciated Final Fantasy X-2‘s battle system that experimented with costumes that gave the characters different attributes and roles. Because of this slightly controversial mechanic, it alienated some of the fanbase whilst giving a nostalgic throwback to others, meaning that for some, its place on this list is welcomed – but others will mock it. Outside of the combat the game isn’t as noteworthy as others on our list, but it was a nice continuation of the story from Final Fantasy X that satiated the hunger of those who wanted more of Yuna and Tidus.

Of the earlier pre-VI Final Fantasy titles, Final Fantasy V would come to be known for its combat system, and Final Fantasy IV for its story. It generally stuck to the formula of previous titles, but tried to shake things up with its narrative a little. The result was a title that met some expectations of what the tropes of the series/genre were, but occasionally threw a spanner in the works to keep things interesting enough to warrant its existence as yet another entry in the series.